'It's All About Having Winners' – Lillingston Relishing Red-Hot Run 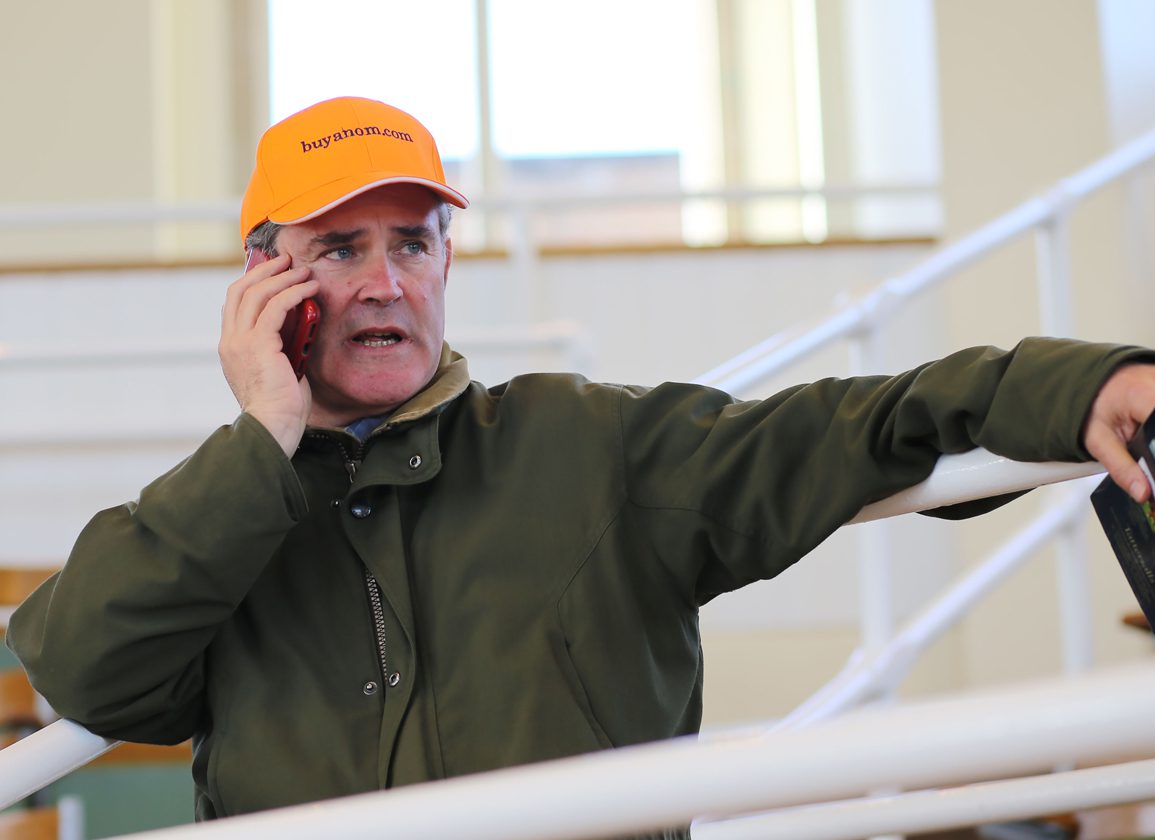 Purveyors of Twitter will have noticed that Luke Lillingston has made his way onto timelines on an almost daily basis in recent weeks but the Mount Coote Stud operator had his name pegged into lights on Saturday when dear old Sir Busker (Ire) (Sir Prancealot {Ire}), a horse he bought for just €25,000 in 2017, bagged the G2 Sky Bet York S.

Whether it's buying or breeding winners, Lillingston has enjoyed a year to remember and, not only did he source Sir Busker on behalf of Kennet Valley, but he also bought Dual Identity (Ire) (Belardo {Ire}) and Cabinet Maker (Ire) (Mastercraftsman {Ire}), who won for the syndicate last week.

Lillingston said, “It's been a great week for Kennet Valley. Dual Identity won at Sandown last Thursday while Cabinet Maker won for them at Chelmsford on Sunday. They were lucky enough to have three winners in four days, including Sir Busker on Saturday.”

If ever a horse deserved his big day in the sun, it was Sir Busker. He is quite simply an owner's dream and, after representing the syndicate in some of the biggest races across the world, bagged his first Group 2 at York on Saturday.

Lillingston said, “We haven't been afraid to run him but a lot of the time we realised that, when we were running in the big races, he wasn't going to be a likely winner. William Buick and Jim Crowley suggested stepping him up to a mile-and-a-quarter and it seemed the time to do that. He only won by a whisker at York but he stayed the trip out fine so it was wonderful.

“What was really nice about Saturday was that his previous win came in the Silver Royal Hunt Cup at Royal Ascot in 2020, which sadly nobody could go and see because of Covid. Most of his owners were there on Saturday.”

Sir Busker was recording the sixth win of his career on Saturday. He has taken his syndicate members to some of the biggest meetings in Britain and picked up a lot of prize-money in Dubai during the winter as well. All told, he has amassed over £450,000 in career earnings, despite costing just €25,000 at the Tattersalls Ireland September Yearling Sale in 2017.

“It just shows that it can be done and hopefully it's one of those wins that gives lots of encouragement to people,” Lillingston said. “Every year, horses like this come along. They end up going from working class to aristocrats. They are out there, we just have to find them.

“We've [Kennet Valley] had 12 winners this year and, considering there are only roughly the same number of horses in the syndicate, it's been going well. It's all about having winners.”

The bottom line may be all about winning races but no syndicate member will allow themselves to believe that Sir Busker can snare the G1 Juddmonte International at York next month, where Baaeed (GB) (Sea The Stars {Ire}) could feature among his big-race rivals.

But that's not to say the enthusiastic bunch of owners behind Sir Busker will not enjoy the ride as a step back up in class is next on the hugely likeable 6-year-old's agenda.

“He's entered in the Juddmonte and I think he'll take his chance. Why wouldn't you at this point? He's a very unlikely winner but he has run well at the course twice now. We now know that he stays the distance and some of these big races are cutting up. How wonderful would it be to have a runner in one of the highest-rated races in the world. It would be great for him to take a shot at that and I would think that Dubai could be on the agenda for him again.”

While Sir Busker has top-level targets to aim at, another basement buy of Lillingston's, Star Of Lady M (GB) (Havana Grey {GB}), looks set to tackle the Alice Keppel Fillies' S. at Goodwood on Wednesday.

Bought by Lillingston for just 15,000gns at Tattersalls Book 3 last October on behalf of the Madden family, who are enjoying their first foray into racehorse ownership, the David O'Meara-trained Star Of Lady M has amassed four wins and a sack full of prize-money for her connections this term.

Lillingston said, “She has given me huge pleasure as an agent this season. The Maddens asked me to buy them their first racehorse last year and we focussed on Book 3 because it suited our budget. She only cost 15,000gns and is eligible for the British bonuses. Including bonuses, she's earned the best part of £70,000. We bought another filly at that sale and she's with Tim Easterby. Her name is Emerald Duchess (GB) and she is by Massaat (Ire). She should be fun for them. The Maddens are bringing new people into racing and any time new people come into this sport, we should be very happy.”

Nobody could accuse Lillingston of not doing his bit to provide new and prospective owners with the best experience possible. Along with success of Sir Busker and Star Of Lady M, Lillingston played an important role in MyRacehorse (owned with Philip Antonacci)'s first winner in Ireland, the Joseph O'Brien-trained Ma Belle Artiste (Ire) (Zoffany {Ire}), who won a Leopardstown maiden on debut last Thursday.

Lillingston is the joint-breeder of Ma Belle Artiste, who made a fine start to her career in the colours of MyRacehorse, a new ownership vehicle that promotes micro shares and one which is designed to provide prospective owners with a gateway into the sport.

“This is what we need to encourage,” he said. “It's giving people the opportunity to own a small part of a racehorse. In England, we have Hot To Trot Racing, which is a racing club that Sam Hoskins and I run. Again, that's designed to get more people into racing and Ma Belle Artiste is on a potentially much bigger scale. She has the potential to be a very smart filly and a lot of people have the potential to be a part of her career which is fantastic.”

Sadly for Lillingston, Ma Belle Artiste's dam Toi Et Moi passed away recently and, while he has nothing left of the family, the Limerick-based operator is looking forward to following her career with O'Brien under the banner of MyRacehorse.

He added, “Sadly Toi Et Moi (Ire) died, which is the worst part of the story. She was a beautiful stakes-winning mare by Galileo (Ire) and hadn't really done it up until this filly but Ma Belle Artiste was definitely the best foal that she had.

“To think, MyRacehorse bought her for €170,000 at the Orby Sale last year and Newtown Anner Stud were the under-bidders. How lovely is that? Two people who we never sold a horse to in our lives wanted her so we're delighted she turned out to be quite smart.”