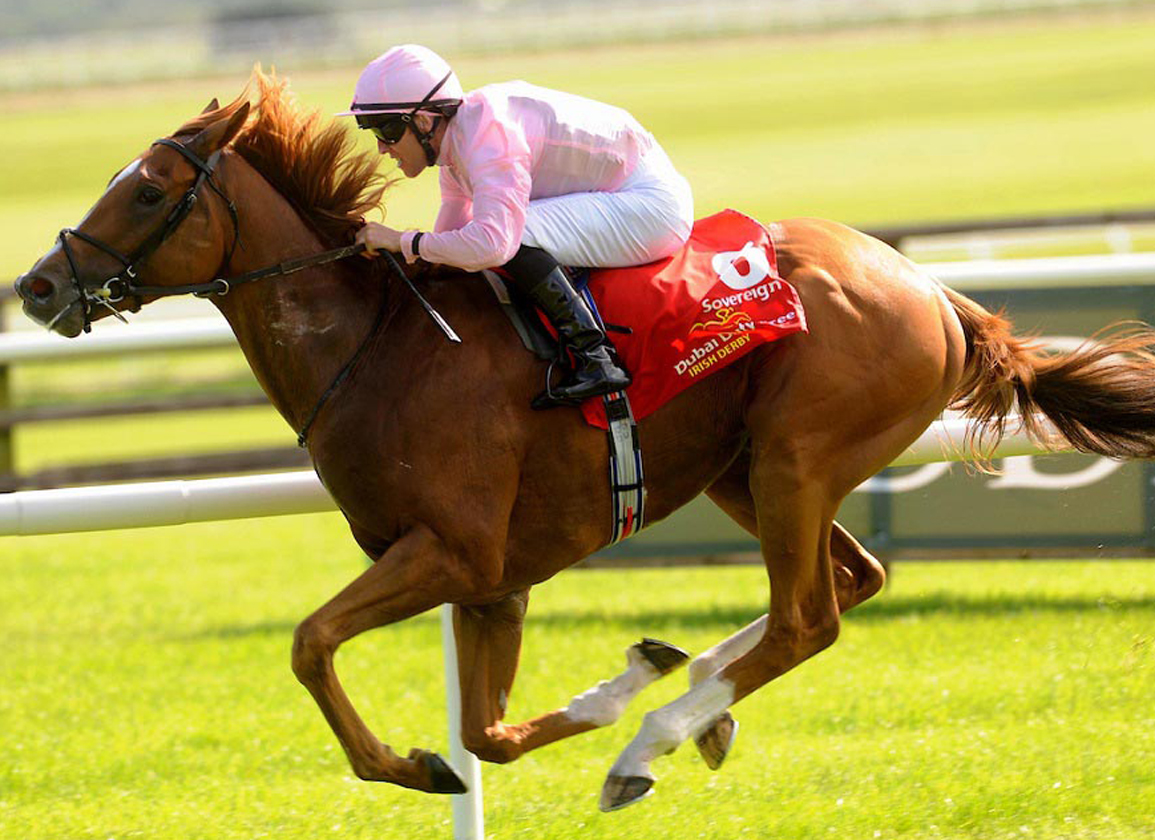 Classic winner Sovereign (Ire) (Galileo {Ire}-Devoted To You {Ire}, by Danehill Dancer {Ire}) will stand in Argentina at El Mallin Stud Farm in Capitan Sarmiento, Buenos Aires, in partnership with La Leyenda Stud Farm. A fee will be announced later.

“I have been looking for a Galileo descendant for years, but not just any horse; I wanted a good one,” said auctioneer and breeder Antonio Bullrich.

Group-placed as a juvenile, the former Aidan O'Brien trainee ran second in the G3 Ballysax S. and third in the G3 Derrinstown Stud Derby Trial in the spring of his 3-year-old year. The Coolmore partners colorbearer trounced the G1 Irish Derby field later that term, and was also third in the G3 Vintage Crop S. and second to Enable (GB) (Nathaniel {Ire}) in the G1 King George VI & Queen Elizabeth S. after his Classic victory. The son of dual group runner-up Devoted To You, the chestnut is the best foal from his dam, who was second in the G2 Debutante S. and the G3 Park Express S. A full-sibling to the Group 3-placed Dawn Rising (Ire) (Galileo {Ire}), Sovereign was bred by Barrownstown Stud in Ireland.