Invincible Spirit's Mutasaabeq Makes All In The Joel 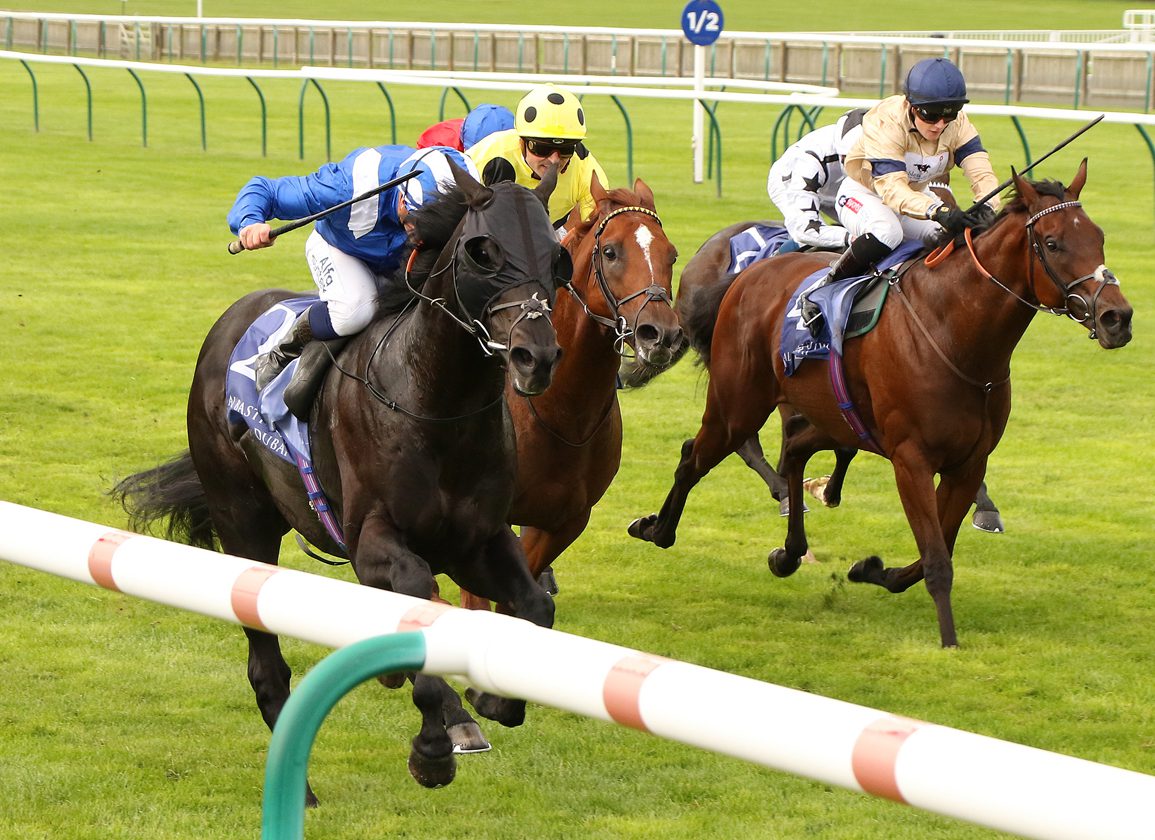 Allowed free rein on the lead in Friday's G2 Al Basti Equiworld Dubai Joel S., Shadwell's Mutasaabeq (GB) (Invincible Spirit {Ire}) was able to turn that tactical edge to full advantage as he made all under a perfectly-crafted Jim Crowley ride.

Sent off the 5-2 second favourite returning to the scene of his seven-furlong conditions success at last April's Craven meeting which saw him earn 'TDN Rising Star' status, the Charlie Hills-trained son of Ghanaati (Giant's Causeway)–who had subsequently been brought down to earth on several occasions including when a latest underwhelming fourth in Goodwood's G2 Celebration Mile Aug. 27–was in his element from the outset as the 5-4 market-leader Tempus (GB) (Kingman ({GB}) blew the start. Keeping on up the rise to the line, the homebred who was fitted with blinkers for the first time had 3/4 of a length to spare over El Drama (Ire) (Lope De Vega {Ire}), with the same margin back to Tempus in third.

“He had a nice easy time of it in front and he has won here twice before, so he obviously likes it.” Hills said of the winner, whose previous best efforts were second placings in the Apr. 22 G2 Sandown Mile and the July 9 G2 Summer Mile at Ascot. “He's in the [G2] Challenge S. in a couple of weeks, so we'll see how he is. He's run two mediocre races at Goodwood so probably won't go back there again, while at Sandown he was a little unlucky. He's a very sound horse and it's nice to win a race like this with him.”

Ghanaati's finest hour came over this course and distance for Barry Hills in the 2009 1000 Guineas, before she added the G1 Coronation S. to her tally at Royal Ascot and she was also second here in the G1 Sun Chariot S. Her son Wafy (Ire) (Dubawi {Ire}) was successful in the G3 Mahab Al Shimaal, while she is also responsible for the Hunt Cup winner Afaak (GB) (Oasis Dream {GB}). The second dam Sarayir (Mr. Prospector), who also captured the Listed Oh So Sharp S. on this track, also supplied the sire Mawatheeq (Danzig) who ran second in the G1 Champion S. when it was staged here and Rumoush (Rahy) who took the Listed Feilden S. at the Craven meeting before running third in the Oaks.

Others from the illustrious family to have achieved something notable on the Rowley Mile include Maqaasid (GB) (Green Desert), who was third in the 1000 Guineas and G1 Cheveley Park S., Raheen House (Ire) (Sea The Stars {Ire}) who took the G3 Bahrain Trophy, Born With Pride (Ire) (Born To Sea {Ire}) who annexed the Listed Montrose Fillies S. on debut and one of its great celebrities Nashwan who had one of his many moments in the sun in the 2000 Guineas in 1989. Ghanaati's 3-year-old colt Maghlaak (GB) (Muhaarar {GB}) promises to be at least a smart handicapper, having doubled his tally at the Goodwood track that his half-brother is so uneasy at earlier this month.