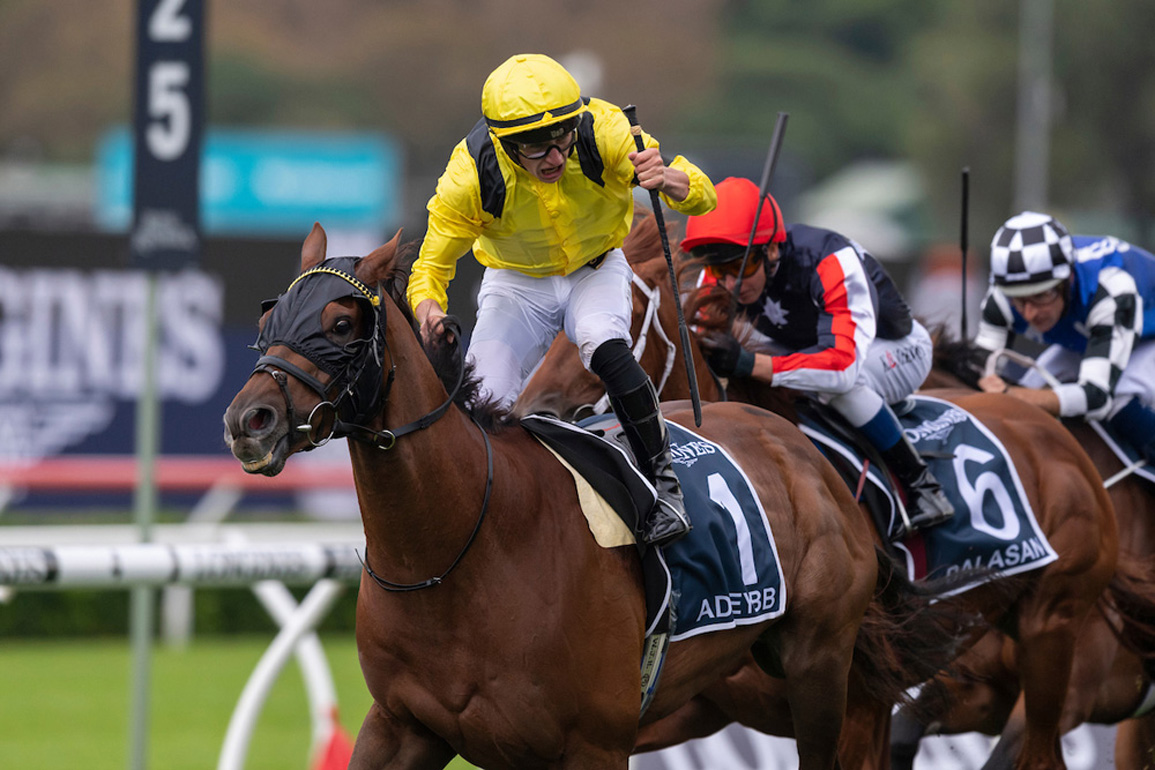 There is something for everyone on a frantic Thursday afternoon and evening across Europe, with five pattern races at Baden-Baden, ParisLongchamp and Sandown and four of them condensed within less than two hours. Perhaps the most crucial comes at the latter venue, where the G3 Coral Brigadier Gerard S. sees a pair of colts with big potential in Shadwell's Mostahdaf (Ire) (Frankel {GB}) and James Wigan and Ballylinch Stud's Bay Bridge (GB) (New Bay {GB}) measured against Sheikh Ahmed Al Maktoum's solid veteran yardstsick Addeybb (Ire) (Pivotal {GB}). Bay Bridge incites enthusiasm as a member of the Sir Michael Stoute academy and the typical improver by steady increments ended his intriguing 3-year-old campaign with a first black-type win in Newmarket's Listed James Seymour S. Mostahdaf likewise has considerable scope and with an unbeaten record in three starts at Sandown in the Listed Heron S., Listed Fortune S. and G3 Gordon Richards S., he already has a headstart on his high-class half-sister Nazeef (GB) (Invincible Spirit {Ire}) who only really got going at four.

Time is running out for inclusion in the Prix du Jockey Club and in any case Al Asayl France's L'Astronome (GB) (Frankel {GB}) is probably one that needs a sterner test than he would get at Chantilly in a fortnight. Not even entered in the Classic, he goes for the G2 Prix Hocquart set at 11 furlongs on Thursday where the emphasis is bent on enhanced staying power. He fits the bill, having won over the same ParisLongchamp track last time Apr. 28 and looks certain to stay further. We all know what Francis-Henri Graffard can do with these homebreds as they build a head of steam, but he has to deal with Gestut Ittlingen's May 1 G3 Bavarian Classic scorer Lavello (Ire) (Zarak {Fr}).

Also at ParisLongchamp, the G2 Prix Vicomtesse Vigier sees Moyglare's dual G1 Irish St Leger heroine Search For a Song (Ire) (Galileo {Ire}) attempt to get back on track after some up and down performances of late. It won't be easy for the homebred, who faces the G3 Prix Gladiateur winner and G1 Prix du Cadran third Bubble Smart (GB) (Intello {Ger}) as the French staying scene takes shape.