Into Mischief Filly Impresses in Debutante 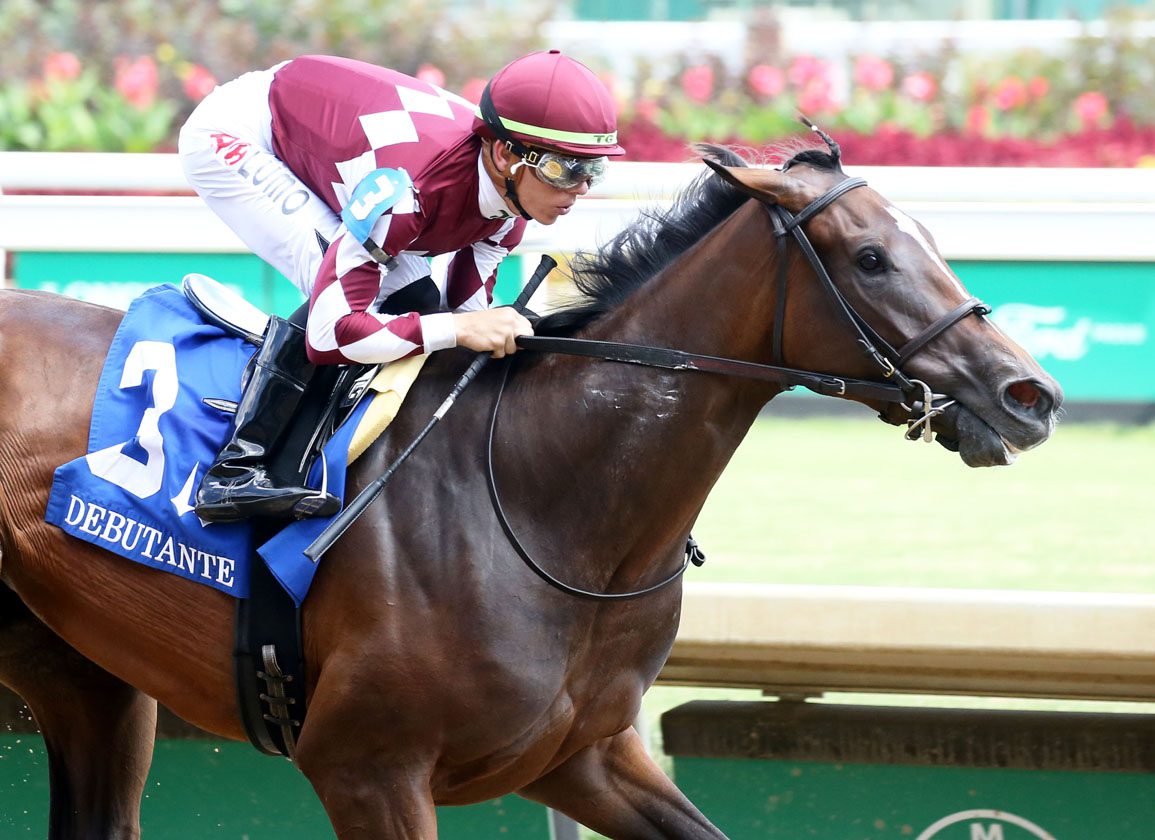 Wonder Wheel broke better and showed more speed than she did on debut to set strong splits and draw off impressively in Monday's Debutante S. at Churchill Downs. Having taken her local unveiling by 2 1/4 lengths from off the pace June 3, the $275,000 KEESEP acquisition emerged from between horses here to dole out an opening quarter of :21.52. Already well clear and threatening to run away from them after the half in :45.05, Wonder Wheel did just that as she cruised away to a facile  score. Sabra Tuff) and Les Bon Temps rounded out the exacta and trifecta, respectively.

“When I first got on her the other month I thought she could be special,” said the meet's leading rider Tyler Gaffalione. “She did everything so professionally today. She left the gates really well today and did it all on her own. The [Mark] Casse team got her ready to fire a big effort today. I'm so thankful for all of the people and horses that have supported me this meet. Without them I wouldn't be in this position today. It's been a wonderful meet.”

Casse's assistant David Carroll added, “She's a special filly and we're so thrilled for [owners Len and Lois Green] that they were able to be here this afternoon for this win. She was very impressive in her debut and in her preparation for this race she couldn't have been any better. She's by Into Mischief so we were confident she'd be able to handle the extra distance.”

A juvenile daughter of the runner-up's sire gave the Green family's D J Stable perhaps their most noteworthy win when future champion Jaywalk aired in the 2018 GI Breeders' Cup Juvenile Fillies under the same Twin Spires.

Wonder Wheel's dam Wonder Gal was precocious enough to take her debut almost exactly eight years ago by 14 1/2 lengths in Belmont's Lynbrook S. for state-breds. She finished second in the GI Frizette S. and third in the Juvenile Fillies later that year. Hailing from the extended family of GISW turfer Force the Pass (Speightstown), Wonder Gal lost her Into Mischief foal the year after producing Wonder Wheel and was subsequently barren to Constitution.