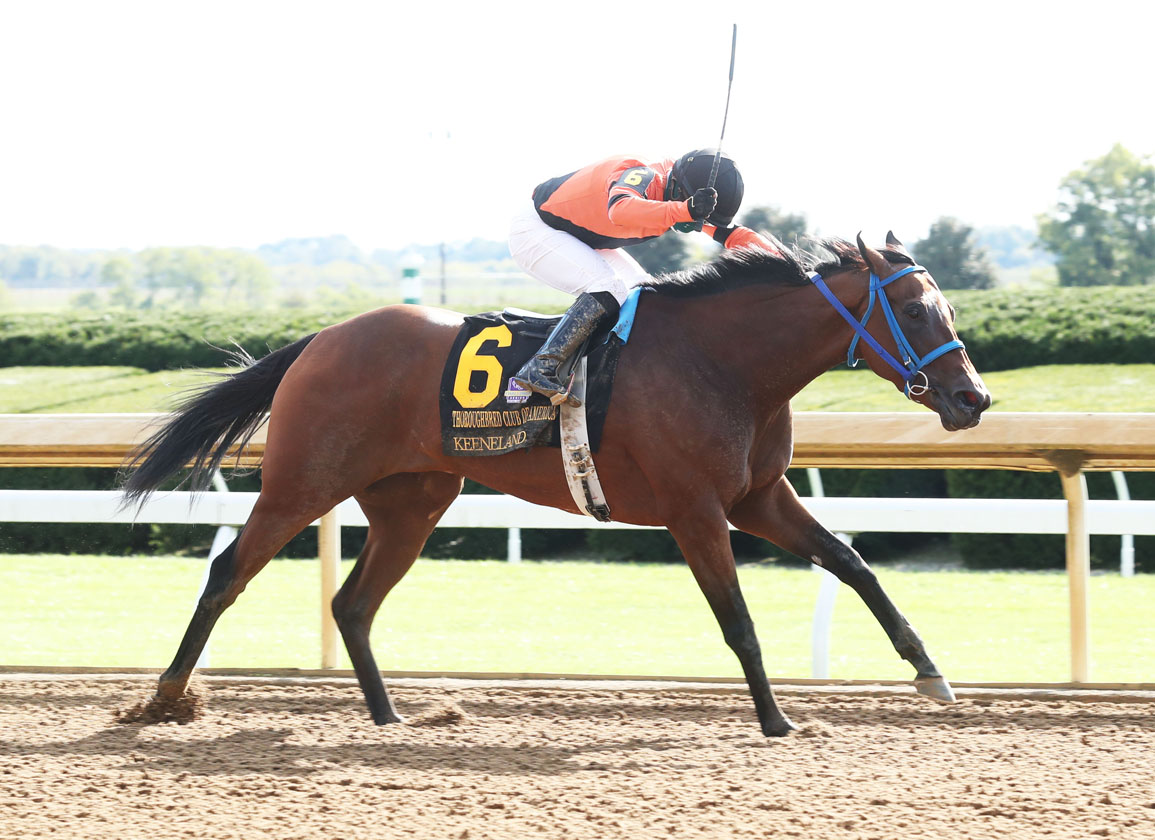 Trainer Cipriano Contrereas and Andrew Knapczyk's Inthemidstofbiz (Fed Biz) faces five other fillies and mares in an attempt to defend her title in Saturday's GII Thoroughbred Club of America S., a 'Win and You're In' for the GI Breeders' Cup Filly and Mare Sprint at Del Mar Nov. 6. In two starts this term, Inthemidstofbiz won an Indiana optional claimer on the dirt May 20 before finishing fourth in the Aug. 30 Satin and Lace S. over Presque Isle Downs' synthetic surface, the same race she used as a prep for her TCA victory last year. The 5-year-old will try to become only the second filly in history to record consecutive victories in the TCA following Excitable Lady in 1982 and 1983.

Likely to go off favorite in the six-furlong test, however, Lothenbach Stables' Bell's the One (Majesticperfection) comes into this off a score in Saratoga's GII Honorable Miss S. in July followed by a runner-up finish in the Open Mind S. at Churchill Downs Sept. 18. Trained by Neil Pessin, Bell's the One will be accompanied by regular rider Corey Lanerie. The duo exits  post position six.

Medallion Racing, Barry Fowler, Parkland Thoroughbreds, Little Red Feather Racing and BlackRidge Stables' Estilo Talentoso (Maclean's Music), runner-up in Keeneland's GI Madison S. in April, has hit the board in 15 of 16 lifetime starts. Following the Madison, she was third behind champion Gamine in the GI Derby City Distaff May 1 before taking Belmont's GIII Bed o' Roses S. over seven furlongs June 4. Runner-up in the GII Princess Rooney S. at Gulfstream July 3, the 4-year-old came home fifth after a problematic start in the Aug. 28 GI Ballerina H. at the Spa. Jose Ortiz, who was aboard for the first time in the Ballerina, gets the call Saturday.

This story was posted in Shared News and tagged Bell's the One, Breeders' Cup Filly and Mare Sprint, Breeders' Cup Win and You're In, Estilo Talentoso, Frank's Rockette, GII Thoroughbred Club of America S., Inthemidstofbiz, Keeneland.