'Interstate' On Top in Black-Eyed Susan 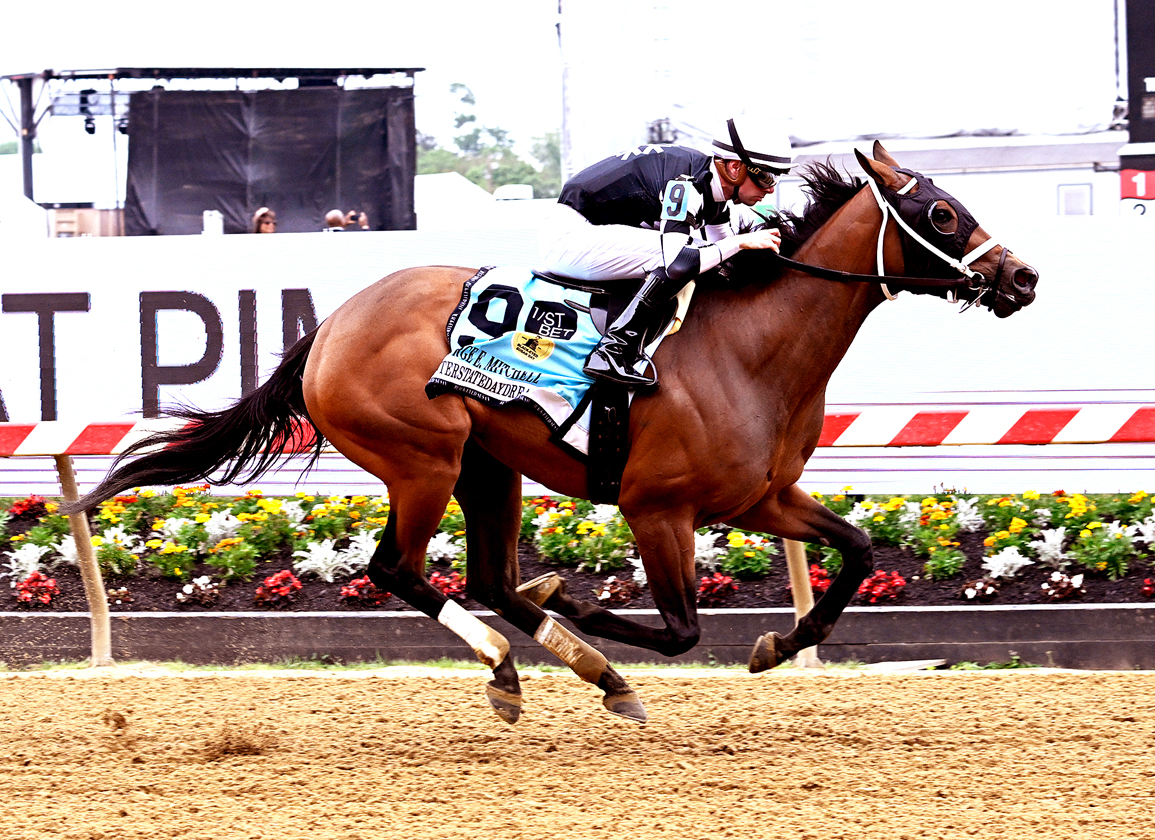 Heading into Friday's GII George E. Mitchell Black-Eyed Susan, much of the attention centered around GIII Las Virgenes S. winner Adare Manor (Uncle Mo). However, when the dust had settled, it was Flurry Racing Stables' Interstatedaydream (Classic Empire) who had scampered away to victory, heading a 1-2 finish for Coolmore stallions.

Sent off at 6-1, Interstatedaydream shadowed 11-1 chance Beguine (Gun Runner) through :23.34 and :46.65 splits as favored Adare Manor, the sole graded winner in the bunch, tracked in third. Inching closer to her front-running rival before drawing even turning for home, the Brad Cox trainee took over, and, despite drifting slightly outward in the lane, kept up the tempo late to post a 1 1/4-length score over Adare Manor. Radio Days (Gun Runner) closed to be third.

“There was no game plan,” admitted jockey Florent Geroux. “I thought there would be a couple of fillies, especially on the inside, who would have gone. I was really expecting Adare Manor to be a little bit forwardly placed. But when Johnny [Velazquez] was content to sit right off me, I just took advantage of it. I was not going to pull too hard on my filly just to let him pass. I thought my filly was great where she was.”

The victory was the second graded stakes win on the afternoon for jockey Florent Geroux, who also took the GIII Allaire Dupont Distaff S. with the Norm Casse-trained Super Quick (Super Saver) earlier on the card.

A first out winner at Belmont last June, the Ontario-bred only made one more start in 2021, and that was a runner-up finish behind Wicked Halo (Gun Runner) in the GII Adirondack S. at Saratoga in August. Blowing the doors off with a sparkling 8 1/4-length victory in an Oaklawn optional claimer Mar. 13, she finished a distant third last time behind subsequent Kentucky Oaks runner-up Nest (Curlin) in the Apr. 8 GI  Central Bank Ashland S. at Keeneland.

“She just wasn't ready for it,” said Cox when asked about the decision to bypass the Kentucky Oaks two weeks ago. “It would have been back a little too quick, throwing too much at her too quick. I thought it made the most sense [to wait for the Black-Eyed Susan].”