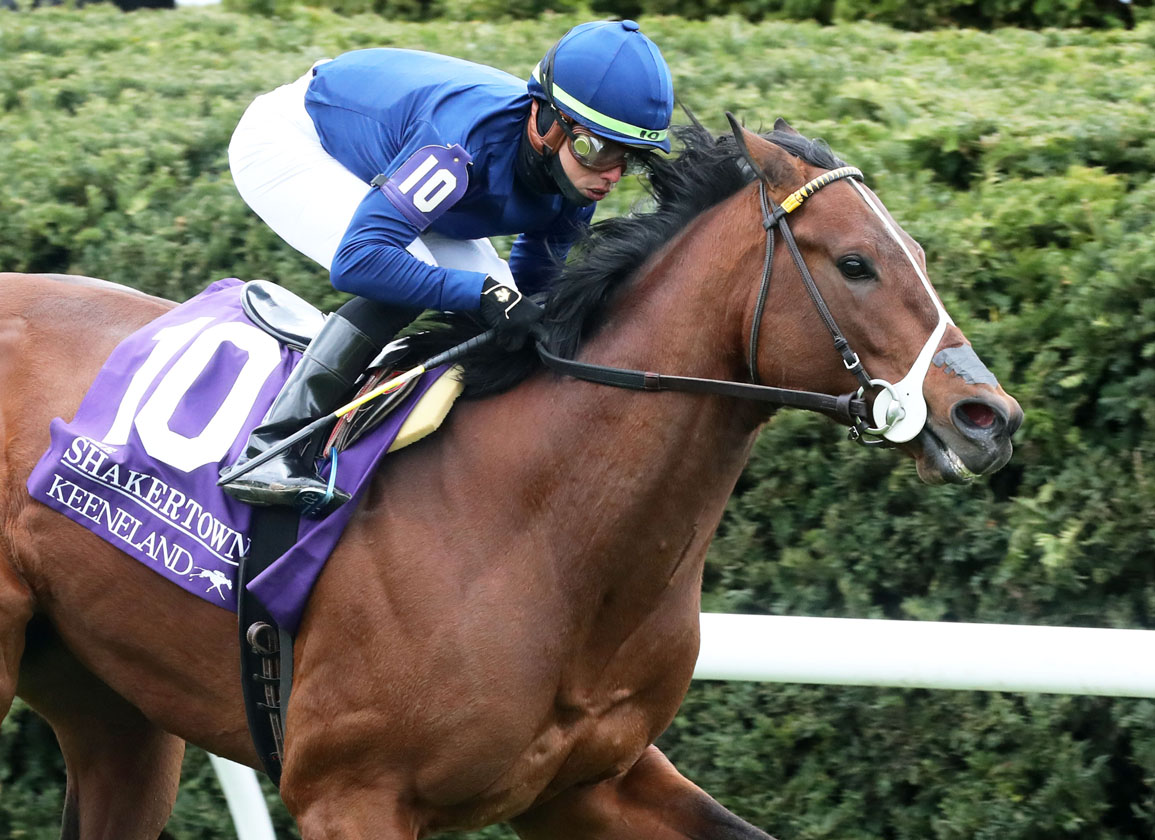 “We have nominated both Nature Strip and Home Affairs for the King's Stand S. and the Platinum Jubilee S. This is to keep our options open as anything can happen with horses but we should have an exciting Royal Meeting, that is for sure,” said Chris Waller's assistant trainer and racing manager Charlie Duckworth. “Nature Strip has just come back into the stable after a short break following a busy racing preparation, while Home Affairs is back in work and going well. The plan is for both horses to do the majority of their work on home soil prior to travelling to England.”

Standing in the way of the Australian runners in the King's Stand is Golden Pal, sparkling winner of last fall's GI Breeders' Cup Turf Sprint. The four-year-old kicked off this season with a win in the G2 Shakertown S. at Keeneland Apr. 9.

“Golden Pal is doing great, he really is,” said trainer Wesley Ward. “It was a powerful performance from him in the Shakertown–but it was a comeback and I really think his next run is going to be something special. He is a once in a lifetime horse–certainly the best I have ever had–and I think he will stamp that with his performance at Ascot if he runs like I am expecting him to.

“Physically, he is an awesome specimen now and mentally he is really coming into his own. I am just so excited to get him back over there.”

Also slated to contest the Royal meeting for Ward, Platinum Jubilee S. contender Campanelle (Ire) (Kodiac {GB}) will bid to join a select group of horses to have won three different Royal Ascot races in successive years. The 4-year-old captured the G2 Queen Mary S. in 2020 and last year was second past the post in the G1 Commonwealth Cup before the placings were reversed due to interference.

“Barbara Banke [owner] and her team are so excited to get Campanelle back over there,” added Ward. “She had a strong performance on her comeback win at Keeneland the other day. If you watch that race against some of the fastest fillies in the country, what she did was pretty impressive.”

Hideaki Fujiwara, trainer of Shahryar, said: “I discussed with the owner [Sunday Racing Co Ltd] about future plans after Shahryar won the Dubai Sheema Classic and we agreed that the next target for Shahryar must be the races with the highest profile in the world. I believe the Prince of Wales's S. is the ideal spot for the horse.”

Clement said, “All options are open for Pizza Bianca after her second at Aqueduct last weekend. I am yet to have a discussion with the owner and suspect we will make a decision in the next two or three weeks. There is another stakes race in four weeks at Pimlico that she could go for and then from there you can go to Ascot. The filly will tell us what she wants to do but at the moment all options are wide open.”

Clement may also be represented by Slipstream (More Than Ready) and stakes winner Derrynane (Quality Road).

“Slipstream is very much on course for the Commonwealth Cup,” he confirmed. “He won [the Listed Palisades S.] impressively at Keeneland in April and I don't think I will run him back before Ascot. This horse has a very good mind and goes on any ground. He is very mature as well having been a good 2-year-old last year. I think he is a good horse.”

“I have also nominated a very fast filly called Derrynane. She is top-class but needs the ground on the firmer side. Similarly with Pizza Bianca, there is a stakes race for her [in the US] in late May and we may go there before deciding about the Commonwealth Cup.”