Inspiral The Focus At HQ On Friday 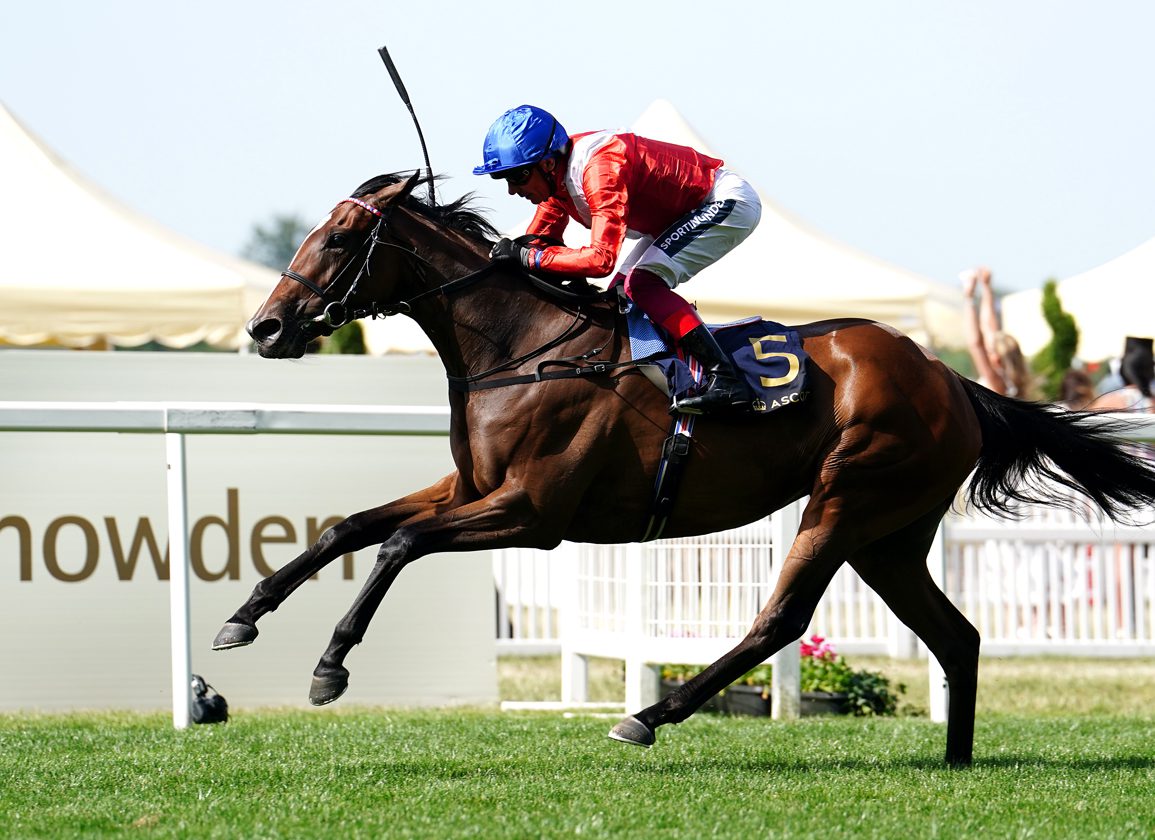 Friday's Newmarket card features arguably the July Festival's leading light as Cheveley Park Stud's Inspiral (GB) (Frankel {GB}) has what appears to be a facile task in the G1 Tattersalls Falmouth S. Racegoers have the pleasure of getting up close to the latest filly star in the firmament and, while it would be insulting to say this amounts to little more than a glorified exercise gallop given the manner of her performance in the G1 Coronation S., her cramped odds say it all. Royal Ascot's explosive return to the limelight was surprising, given the nature of way the Gosdens prepare their seasonal debutantes, and it could be that we see an improved filly here which is plain frightening for her four rivals. The Cheveley Park's trio of previous Falmouth winners, which include the high-achiever Integral (GB) (Dalakhani {Ire}), could pale in comparison with this year's red-white-and-blue luminary by the end of the season.

Marc Chan and Andrew Rosen's Prosperous Voyage (Ire) (Zoffany {Ire}) knows all about Inspiral, having chased her home on three of her last four starts, but the latest of those when she beat only two rivals in the Coronation is so far below her previous seconds in the G2 May Hill S. and G1 Fillies' Mile that it is easily excused. Also runner-up in the 1000 Guineas from which Inspiral was AWOL, she needs some inspired craft from Ralph Beckett to subdue the favourite here and her trainer is taking a realistic view. “There's a decent chance of winning some good prize money–that's the idea,” he admitted. “It is difficult.”

'TDN Rising Star' Sibila Spain (Ire) (Frankel {GB}) bids to put the unhappy experience of missing the G2 Duke of Cambridge S. due to getting upset in the stalls behind her and the G2 Prix du Muguet winner has subsequently passed a stalls test.  Christopher Head is undaunted at coming back to England for one of the big prizes. “This is the path we want to stay on now,” her trainer said. “She is very strong mentally, she can race from the front and it won't worry her if the ground is fast.”

As it does so often at this meeting, the varying pieces of Royal Ascot form come together once more in the six-furlong G2 Duchess of Cambridge S., with the June 15 G2 Queen Mary S. runner-up Maylandsea (GB) (Havana Grey {GB}) meeting the June 17 G3 Albany S. second and fourth Mawj (Ire) (Exceed and Excel {Aus}) and Queen Olly (Ire) (No Nay Never). While it is difficult to knock any form from the Royal meeting, it did take a knock here on Thursday with the defeat of the filly that split that pair in third, Ivory Madonna (Ire) (Dark Angel {Ire}). 'TDN Rising Star' Mawj and Queen Olly looked too exciting on their respective debuts on Newmarket's Rowley Mile May 14 and at York May 12 to be labelled one-hit wonders, with the former especially so given that she is a half-sister to the GI Breeders' Cup Juvenile Turf and G1 Poule d'Essai des Poulains hero Modern Games (Ire) (Dubawi {Ire}).

Saturday's G1 Darley July Cup has attracted a field of 14, with Christophe Soumillon back in Britain a week on from his Eclipse victory to resume his partnership with Sheikh Rashid Dalmook Al Maktoum's G1 Commonwealth Cup winner Perfect Power (Ire) (Ardad {Ire}). “His turn of foot is his special weapon,” the rider told QIPCO British Champions Series. “For a sprinter, he is able to settle very easily and when you ask him to quicken he's able to show that turn of foot which not so many horses have. He does everything perfectly now.”

Godolphin's G1 Platinum Jubilee S. one-two Naval Crown (GB) (Dubawi {Ire}) and Creative Force (Ire) (Dubawi {Ire}) are drawn close enough to each other in 13 and nine to suggest they will race much closer than they have in the past, while Artorius (Aus) (Flying Artie {Aus}), who was third in that Royal Ascot feature, is next to Naval Crown in 12.