Insights on the American Racing Scene for July 22 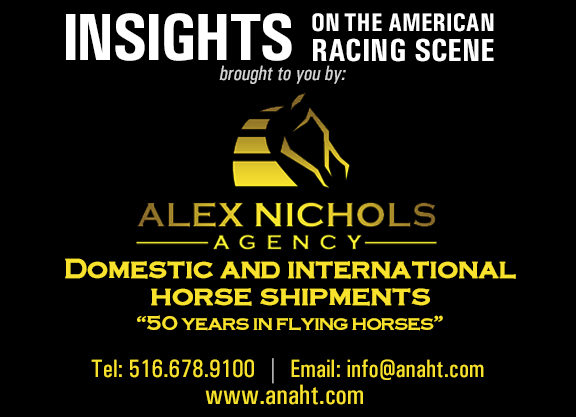 6th-SAR, $83K, Msw, 2yo, f, 6f, 3:48 p.m. EDT
Agents Solis II and Litt went all the way to $750,000 at the 2014 Keeneland November sale to secure BOWIE (Malibu Moon) as a weanling on behalf of LNJ Foxwoods. The Steve Asmussen pupil is out of MSP turf sprinter Life Lesson (Unbridled's Song), herself the dam of GSW and GISP turf router Wander Mom (Maria's Mon). She hails from the extended female family of Serena's Song.

Perennial leading trainer Todd Pletcher has a pair of runners entered here on behalf of Eclipse Thoroughbred Partners–John Velazquez is named to ride both. Seam (Union Rags), a $120,000 KEESEP yearling out of a debut-winning dam, is a granddaughter of Grade I-winning juvenile Meadow Breeze (Meadowlake). Meadow Breeze is a half-sister to Pletcher-trained GI Arkansas Derby winner Overanalyze, who is by Seam's paternal grandsire Dixie Union. Jumby Bay (City Zip) is the other Pletcher/Eclipse entrant. The $140,000 KEESEP buy is a half to 'TDN Rising Star' Royal Obsession (Tapit), a $550,000 KEENOV weanling, $1-million Fasig-Tipton Saratoga Yearling and $1.15-million Keeneland November unraced 2-year-old who was second in this year's GII Gazelle S. and competed in the GI Kentucky Oaks. Jumby Bay's dam is a half to GISW Magnificent Song (Unbridled's Song).

La Coronel (Colonel John) was a $37,000 Fasig-Tipton October yearling who blossomed into a $375,000 OBS April juvenile after a :20 4/5 breeze. Bet off the board in her June 17 Churchill unveiling, she broke slowly and got going too late, settling for fourth behind GII Schuylerville S. morning line chalk Made Me Shiver (Maclean's Music). Her GSP dam Listen (Chester House) is a half-sister to MGSW Listen Here (Gulch).

Special Risk (Eskendereya) could also offer some insight into the Schuylerville two races later. Out of a full-sister to Grade I-winning juvenile Wicked Style (Macho Uno), she was a green third behind well-regarded Olive Branch (Speightstown) at Belmont May 18.