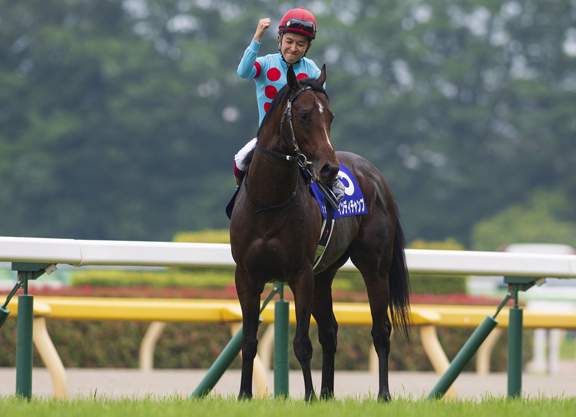 Drawn nicely in gate five, Indy Champ landed in the first third of the field while saving ground behind the longshot pacesetter My Style (Jpn) (Heart’s Cry {Jpn}). Held together by Kenichi Ikezoe nearing the home straight, the 4-year-old burst through three off the inside at the 200-metre mark and skipped home a clear-cut winner. Danon Premium raced three wide the trip after breaking from a high gate and raced outside the eventual winner down the side. He came to win the race at the furlong grounds, but could not summon the necessary kick and settled for second as Persian Knight closed good ground from the second half of the field to be third.

One of 10 top-level winners for his sire, Indy Champ is out of a half-sister to multi-jurisdictional Group 1 winner Real Impact (Jpn) (Deep Impact {Jpn}); Neorealism (Jpn) (Neo Universe {Jpn}), a Group 1 winner in Hong Kong and third in this in this event in 2016; and MSW & G1SP I’ll Love Again (Jpn) (El Condor Pasa). Will Power produced a filly by Daiwa Major (Jpn) in 2018 and a filly by Kinshasa no Kiseki (Aus) (Fuji Kiseki {Jpn}) in 2019.