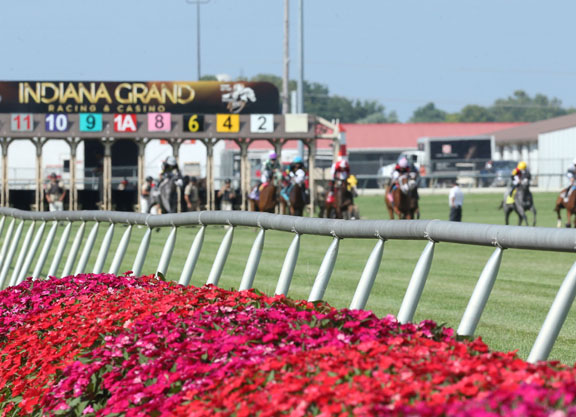 Trainer Marvin Johnson, tied for second in the standings at Horseshoe Indianapolis, has been summarily suspended by track stewards pending the outcome of an investigation.

In a related development, veterinarian Cynthia Diane Loomis has also been summarily suspended. The suspensions for both Johnson and Loomis began July 4.

Horses that Johnson entered on the July 4 and 5 cards at the track were ordered scratched.

When reached by the TDN, Johnson said “this is not a cheating matter.”

“On May 24, I had pelvic surgery that limited my participation at the barn,” Johnson said.  “On July 4, as I understand, the vet that I had used for the entire meet was observed treating a horse that was in that day, which is obviously against the rules. Whether she did that or not, that's what the investigators are saying. I am cooperating fully with the commission on this matter.”

When asked if he knew why Loomis had treated the horse, Johnson replied, “All I do is hire my vet to be responsible for me. I trusted her fully with the horses and the times that my horses get treated. All the naysayers will say he is cheating, he is cheating. This was not a cheating matter and I'm not hiding behind some lawyer.”

Senior State Steward Eric Smith said that, with an investigation on going, he could not divulge any details regarding the Johnson and Loomis suspensions.

The Indiana Racing Commission has posted rulings regarding Johnson and Loomis which states that the individuals were  “summarily suspended for actions not in the best interests of racing and which compromise the integrity of operations at a racetrack.” The ruling also states that “at a hearing on a summary suspension, the sole issue is whether the licensee's license should remain suspended pending a final disciplinary proceeding and order.”

Johnson has been training since 1974 and is a member of the Nebraska Horse Racing Hall of Fame. According to Equibase, he has 2,133 career wins. He is 18-for-94 at the Horseshoe Indianapolis meet.