Home » Archive » Europe » In It For The Long Haul

In It For The Long Haul 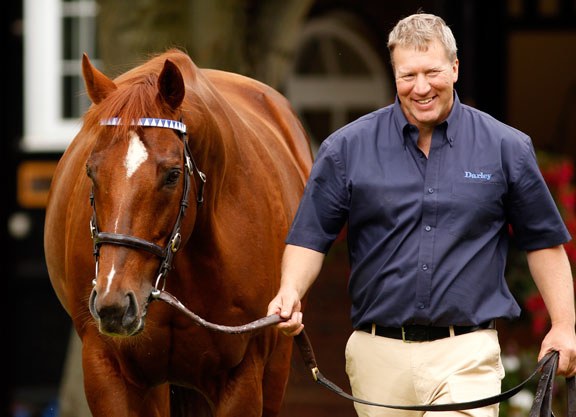 New Approach results from a mating of stamina to stamina | racingfotos.com

There's a consensus in breeding circles that it's not always wise to mate a sprinter with a stayer. And there's some validity in this idea, opposites tending not to provide the best results. But sometimes speed just needs to be added or you can end up with a National Hunt prospect. There is little doubt the great Galileo would be a lesser stallion had he not covered mares capable of top form at a mile or less. Currently, his stock average 11 furlongs for winning performances aged three and over. That's a full 1.7 furlongs ahead of the average winning distance of their siblings. Both Galileo and his sire have almost identical stamina profiles as can be seen from our table, which includes sires with runners in 2017 that have sired at least 5% black-type winners during their career and whose stock have a stamina index at least one furlong longer than their siblings. Galileo clearly derives a benefit from a bit of zip from some of his mares as all the sires listed here do. That said, of his 12 top-rated horses by Timeform, only three–Frankel, Rip Van Winkle and Cape Blanco–have dams that won at less than a mile and only one was an out-and-out sprinter. Six of the top 12–New Approach, Australia, Soldier of Fortune, Ulysses, Highland Reel and Nathaniel–are all out of talented racemares that were best at 10 furlongs and beyond. In the quest to produce a superior runner, it seems a mare's racing class will nearly always be more important than her aptitude. 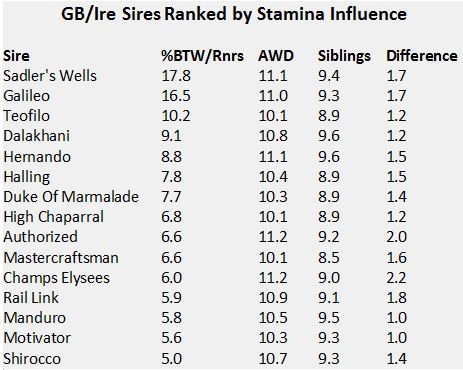