In Historic First, Fipke's Shirl's Speight To Run In February S. In Japan 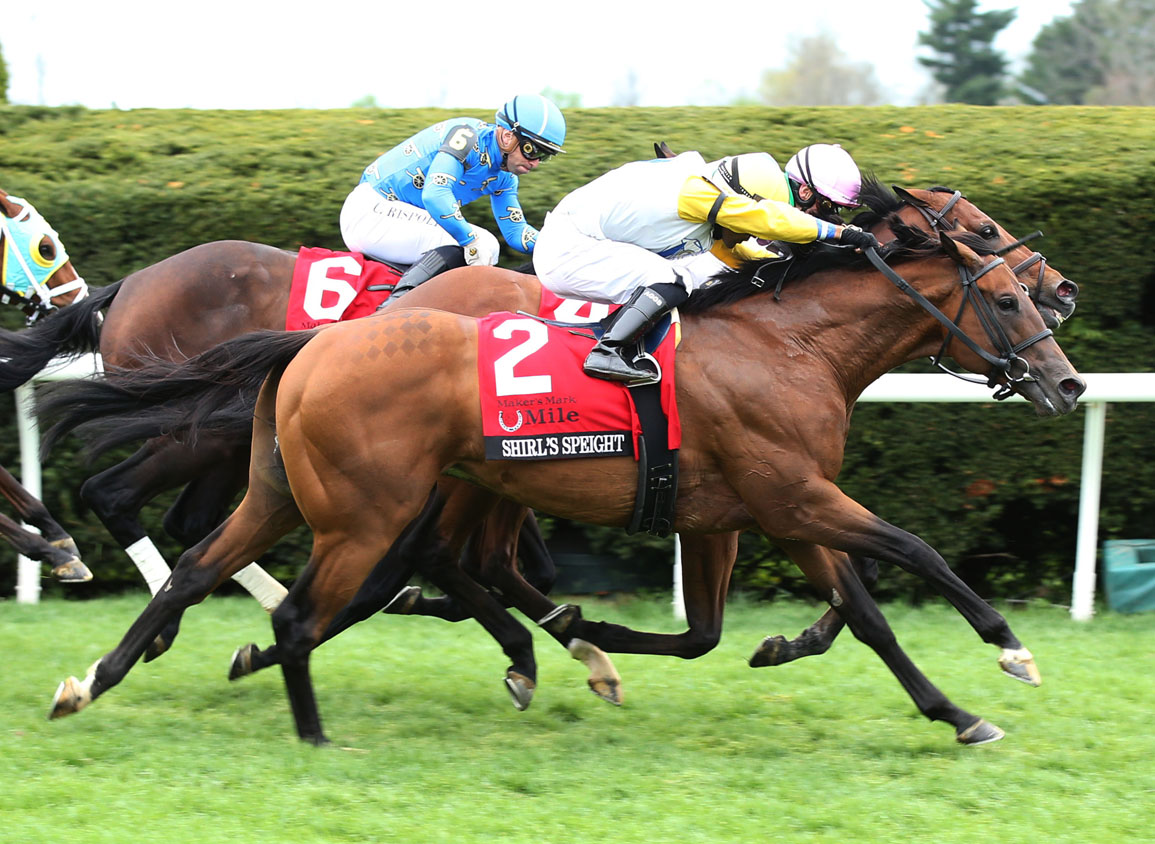 Charles Fipke's Grade I winner and 'TDN Rising Star' Shirl's Speight (Speightstown) will become the first foreign horse to ever run in Japan's G1 February S., Fipke's advisor Sid Fernando confirmed to the TDN Thursday afternoon. Set for Feb. 19, the race is over a mile on the dirt, and trainer Roger Attfield and Fipke are both set to travel to the Tokyo showpiece.

The February S. is one of only two Group 1 races alongside the Champions Cup conducted on dirt by the Japanese Racing Association (JRA), but the competition is no less fierce, as illustrated by last year's Japanese Champion Dirt Horse, Café Pharoah (American Pharoah, who earned his year-end accolade partially by setting a new stakes record of 1:33.80 in the 2022 edition, his second consecutive victory in the event.

The magnitude of the Fipke team's February S. attempt is not lost on Fernando, who said of Fipke's vision, “[It's] really two things–he's one of the few North American owners who are actually licensed to race in Japan. That's number one. Number two, he also breeds a few mares in Japan every year. He's got a good relationship with Northern Farm and Katsumi Yoshida. He's got a runner in Japan, as well, who last year won a couple of races–Kana Tape (Jpn) (Lord Kanaloa {Jpn}) and he's an adventurer. He's a guy that is very interested in the international game. He's raced in South Africa before and bred in South Africa. He's a guy that's got horses in Australia, won races last year in Australia, races in Dubai. His entire career was built on a bunch of adventuring and discovering diamond mines. This all fits his sensibilities.

“And, on top of all of that, he'd like to also try to win a Grade 1 race on dirt with Shirl's Speight. With his Japanese contacts and everything, it's showcasing that horse over there as a potential stallion prospect, not that he plans on selling the horse or anything. For Japanese breeders, it's exposure.”

A versatile campaigner, the son of GI Breeders' Cup Filly & Mare shocker Perfect Shirl (Perfect Soul {Ire}) has not graced the racetrack since running a good second to likely Eclipse Champion Turf Male Modern Games (Ire) (Dubawi {Ire}) in the GI Breeders' Cup Mile at Keeneland in November. Shirl's Speight is already a graded winner on two surfaces, having won the GIII Marine S. over the Woodbine all-weather as a juvenile. The GIII Tampa Bay S. on turf went his way at four to go with his Maker's Mark heroics, and, most encouragingly, the 5-year-old did run third in the GIII Salvator Mile S. over the Monmouth main track last June.

A major feather in the Fipke camp's cap is their rider selection for the 2023 February S. None other than legendary Brazilian jockey Joao “Magic Man” Moreira, a four-time champion rider in Hong Kong, has signed on to ride the 5-year-old. Moreira booted home 76 winners from 217 starters in 2018, the year he rode predominantly in Japan.

Added Fernando, “We've booked the Magic Man, Joao Moreira to ride. He's got a [job] to ride in Australia two weeks before he goes to Japan with [Australian Champion Trainer Chris] Waller.”

Shirl's Speight's international engagements will not end in Japan either, as Fernando revealed that the 1800-metre G1 Dubai Turf on grass at Meydan Racecourse in Dubai on Mar. 25 would be next on the entire's dance card.

“The bigger plan, is that he's going to go there, then he's going to fly to Dubai for the 1800-metre Group 1 race on turf in Dubai on Dubai World Cup day,” said Fernando.

“It's a very complex logistical thing with quarantine, flights, etc.,” said Fernando. “I have to give a shout out to [Fipke's] administrative assistant Fawn Seminoff, who has really done an incredible job organizing all of the moving parts.”

Fipke also has multiple opportunities to enjoy international action in 2023, besides his stable star. He enjoyed a winner over the Dundalk synthetic as recently as Wednesday evening when homebred Stormy Entry (Point Of Entry), a son of Fipke's GI Natalma S. bridesmaid Stormy Perfection (Tale of the Cat), won the seven-furlong nightcap. In addition, Irish listed heroine Spirit Gal (Fr) (Invincible Spirit {Ire}), who took Fipke to the GI Breeders' Cup Juvenile Fillies Turf at Keeneland, will be prepared for a run in the G1 French 1000 Guineas in May.

“He's got horses in Europe–he just won a race last night in fact, at Dundalk, a Point Of Entry colt,” said Fernando. “And he's got a stakes-winning filly by Invincible Spirit (Ire), Spirit Gal (Fr), that's with Andre Fabre and is being prepared for the G1 French 1000 Guineas.”

Said Fernando, “He's got Shirl's Bee who won his debut really impressively there and is going next in the [G3] UAE 2000 Guineas.

For Fipke, 2023 will be a year dedicated to exploring the next frontier in the Thoroughbred world beginning with an exclusive visit to Japan.