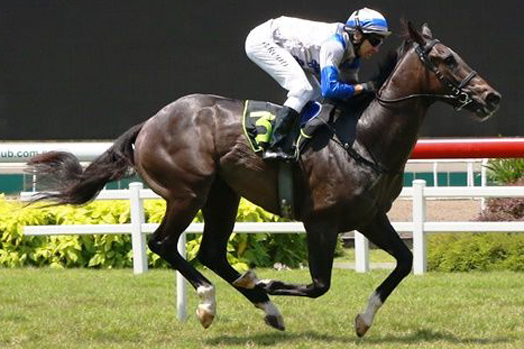 Runner-up in three Victoria maidens at Sale and Sandown when trained by Allan and Jason Williams at Cranbourne, Knight Chen Bay (Aus) (Hinchinbrook {Aus}) was the subject of positive reports and was sent off the 4-5 favorite to get off the mark in his Singapore debut. Showing plenty of pace from gate one, the handsome dark bay raced in a joint third for the opening three furlongs and had crept up right onto the heels of the pacesetting Changbai Mountain (Aus) (I Am Invincible {Aus}). Able to get away from the fence nearing the entrance to the straight, Knight Chen Bay quickly put a couple of lengths on his battling rivals and was never seriously threatened despite appearing to idle in the final 50 metres or so (video). “He's not been here long, but he has acclimatised very well,” said Zimbabwean-born trainer Michael Clements. “He has impressed in everything that he's done. He's shown me he was more of a 1400m horse and perhaps a miler, but I thought he would be smart enough to win a maiden 1200m first-up. [Jockey] Michael [Rodd] told me he was caught in a pocket on the rails and had to come out early, but in hindsight, he is more of a chaser as he started to stargaze when he hit the front.”