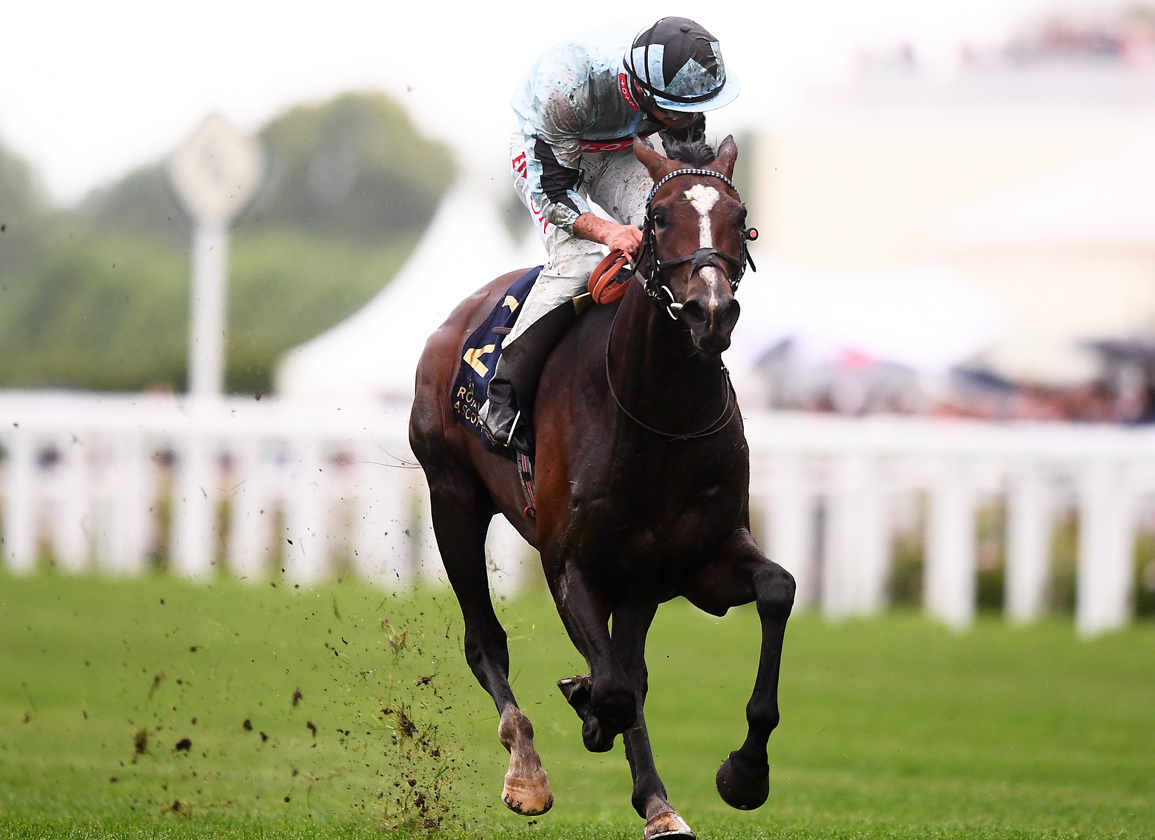 Few people will go through life fortunate enough to say they have had anything to do with a Group 1 winner–fewer still with one who cost just €18,000 as a foal.

But back in 2018, when not many were in a hurry to get behind the little-known Adlerflug (Fr) (In The Wings {GB}), one of the ill-fated sire's most talented sons went through the ring at Arqana for that paltry sum.

It was Gerry Burke's eye and pocket who saw something in Alenquer (Ger) long before the horse confirmed himself a colt of the highest standard in winning the G1 Tattersalls Gold Cup at the Curragh on Sunday, not that the man behind Glidawn Stud will take much credit.

“Normally, when these horses end up becoming Group 1 winners, it's because they have been fortunate enough to have been in good hands, particularly when it comes to the trainer,” said Burke, deflecting the praise towards William Haggas.

“It's lovely when something like this happens as it gives people hope that you don't have to spend hundreds of thousands to find a Group 1 winner.

“He [Alenquer] was a relatively inexpensive foal and was lucky for everyone he was associated with. He left me a few quid and has done very well for his new connections.” – Gerry Burke

Torquator Tasso (Ger), last season's Prix de l'Arc de Triomphe winner, and In Swoop (Ire), had yet to fly the flag for Adlerflug by the time Burke re-offered Alenquer as a yearling, not that it mattered much.

Such was the quality of animal Burke was dealing with, Alenquer was accepted into Book 1 of the Tattersalls October Sale, and despite admitting to knowing next to nothing about the colt's sire, popular bloodstock agent Armando Duarte went to 80,000gns to secure him.

Picking up the story, Duarte, who purchased Alenquer on behalf of MM Stables, recalled, “Within three strides of seeing Alenquer walking out of his box, I thought 'wow, he is absolutely unbelievable.' He'd a great walk, a great shoulder, a lovely head with good ears and good eyes. “I went and looked at every other horse in that sale but he was the one who kept coming back to my mind. I think I looked at him 13 times. I had no clue who Adlerflug was but I just loved Alenquer.”

He added, “Bill O'Gorman, who taught me everything I know, always said to me that horses don't know how much they cost and it's a fact. He was a great mentor to me and taught me to look for the triangular shape between the withers, shoulders and the hip. Alenquer had that triangular shape that I look for.”

The Tattersalls Gold Cup has at times been rendered a damp squib, a soft touch if you like, but not Sunday's edition.

“To be honest, sometimes I have to pinch myself. Things like this don't happen very often so you have to enjoy it,” he said.

“It was as good a Tattersalls Gold Cup as I can remember. We like to give him a little break between races so I think we will go to the Coral-Eclipse Stakes at Sandown next. After that, we could look at the King George at Ascot, the Juddmonte, the Irish Champion Stakes or even the Arc. There are so many options. He's improving all the time and is exciting.”

Alenquer strikes for the red-hot William Haggas and @TomMarquand combination in a race to remember at @curraghrace pic.twitter.com/DHtd13G1Vq

Alenquer was the only foal that Burke brought home from Arqana in 2018 and he counts himself “blessed” to have found him. Whether it was fate, or just sheer luck, Burke explained that Duarte was the first man to pull Alenquer out of his stable at Tattersalls and that Sunday's triumph marked the anniversary of another special day.

The renowned pinhooker said, “I knew that Armando loved him. He was the first man to pull him out of the box. The horse was well liked by a lot of very good judges at the sales and it was nice to see the experts back up what we thought of him at home.

“He was the only foal I bought at Arqana that year. I was blessed to find him. We sold Hula Angel (Woodman), who won the Irish 1,000 Guineas 23 years ago to the day of Alenquer's Gold Cup win, so that's how long it took me to find another one. We have been very blessed to have had him.”

Many good things come to those who deserve them least but in the case of Gwen Monneraye and Lucie Lamotte of La Motteraye, who consigned Alenquer at Arqana on behalf of Michael Andree, they have earned their place in the third and final chapter of the Alenquer story.

Gwen and Lucie, who welcomed their first child Olivia into the world just three months ago, were zipping down to the south of France for a mini holiday when they pulled over to watch Alenquer storm to Curragh glory.

Alenquer came from just the second crop of foals born at La Motteraye, the fast-developing stud in Normandy, with the broodmare band more than doubling since 2018 from 20 to 50 currently.

Among them is Alenquer's dam Wild Blossom (Ger) (Areion {Ger}), happily in foal to Victor Ludorum (GB) (Shamardal), which provided the young family with extra reason to celebrate over the weekend.

Monneraye said, “Alenquer was born and reared on our farm. Michael Andree, of Gestut Romerhof, is the Coolmore representative in Germany and is also a very good client of ours. He sent the mare [Wild Blossom] in foal to Adlerflug and she has remained on our farm ever since.”

He added, “I can remember asking Michael about the stallion as I didn't know a lot about Adlerflug. He was a nice horse to be bringing to the sales but people were not aware of Adlerflug and he made only €18,000. His statistics are looking very smart now.

“We work hard every day and to get a result like that was amazing. We were actually on the road to go on a little holiday when we pulled over to watch the race on our phone. It was the best start ever to a holiday and we drank a lot of champagne when we arrived.”

Rare are days where a horse like Alenquer comes along. They need to be celebrated and Burke, Duarte, Andree, Monneraye and Lamotte certainly have.