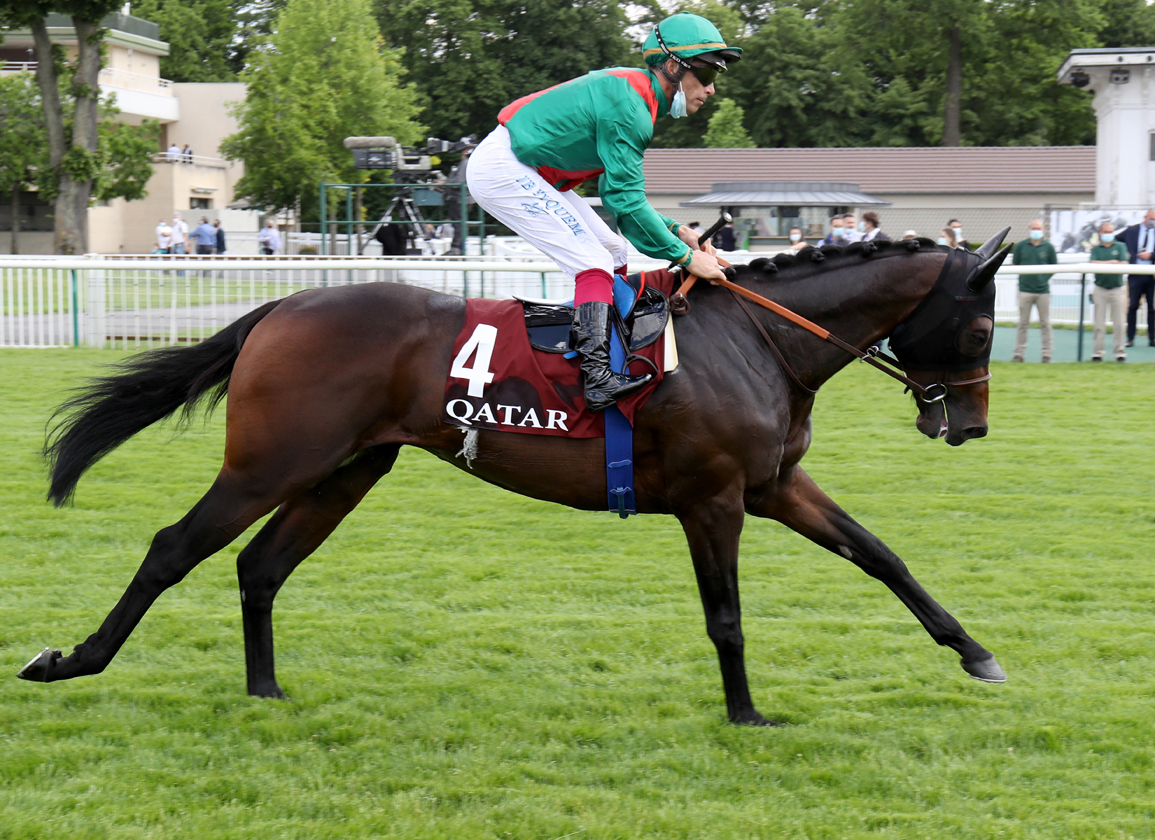 Godolphin's Hurricane Lane (Ire) (Frankel {GB}) was the subject of an upbeat bulletin from Charlie Appleby as he prepares for Wednesday's G1 Grand Prix de Paris which drew a final field of 11. Supplemented for Paris Longchamp's 12-furlong contest having taken the G1 Irish Derby at The Curragh June 26, he was drawn in seven with two of the Ballydoyle trio Sir Lamorak (Ire) (Camelot {GB}) and Wordsworth (Ire) (Galileo {Ire}) in five and six respectively.

“Hurricane Lane heads to Paris in good order,” his trainer said on Monday. “We expected him to need some time after what looked a hard race in the Irish Derby, but he surprised us with how well he came out of it. He worked nicely over the weekend and we opted to take this route as there is plenty of time between now and the St Leger. This looks a good opportunity to hopefully win another Group 1 over a mile and a half and he looks the one to beat.”

Favourably drawn in one is The Aga Khan's G1 Prix du Jockey Club fourth Saiydabad (Blame), who was an eye-catcher from stall 11 in that 10 1/2-furlong Chantilly Classic June 6. Also representing Jean-Claude Rouget is White Birch Farm's Cheshire Academy (Fr) (Flintshire {GB}), who fared even worse with the post position there and also made up late ground to be fifth. Drawn four this time, the son of the 2013 Grand Prix de Paris hero returns to the scene of his success in the 10 1/2-furlong G3 Prix Noailles Apr. 11.

“Saiydabad had a good run in the Jockey Club, even if he does always take a little while to get going,” Rouget said. “It all opened up for him on the rail and he finished out the race very strongly.

“With Cheshire Academy, the draw went against him. We should not forget that he had a little niggle for a couple of days in the weeks leading up to the race and missed a gallop. With all those factors included, his fifth-place finish was very good. I think that both horses are indifferent in terms of ground conditions, they will both be suited by the step up in trip.

“Who is the best out of the two? We will find out on Wednesday! All I can say is that they both have had a good preparation leading into the race and I think they have very good chances.”

Stormy conditions continue, but the manager of France Galop's racecourses and training centres Matthieu Vincent is hoping the track will be spot-on for the evening's fixture.

“In an ideal situation, we would be hoping for a reading of 3.2 or 3.3,” he said. “At midday on Friday, the track at ParisLongchamp was gauged to be at 3.4, having been watered and worked following racing on Thursday.”