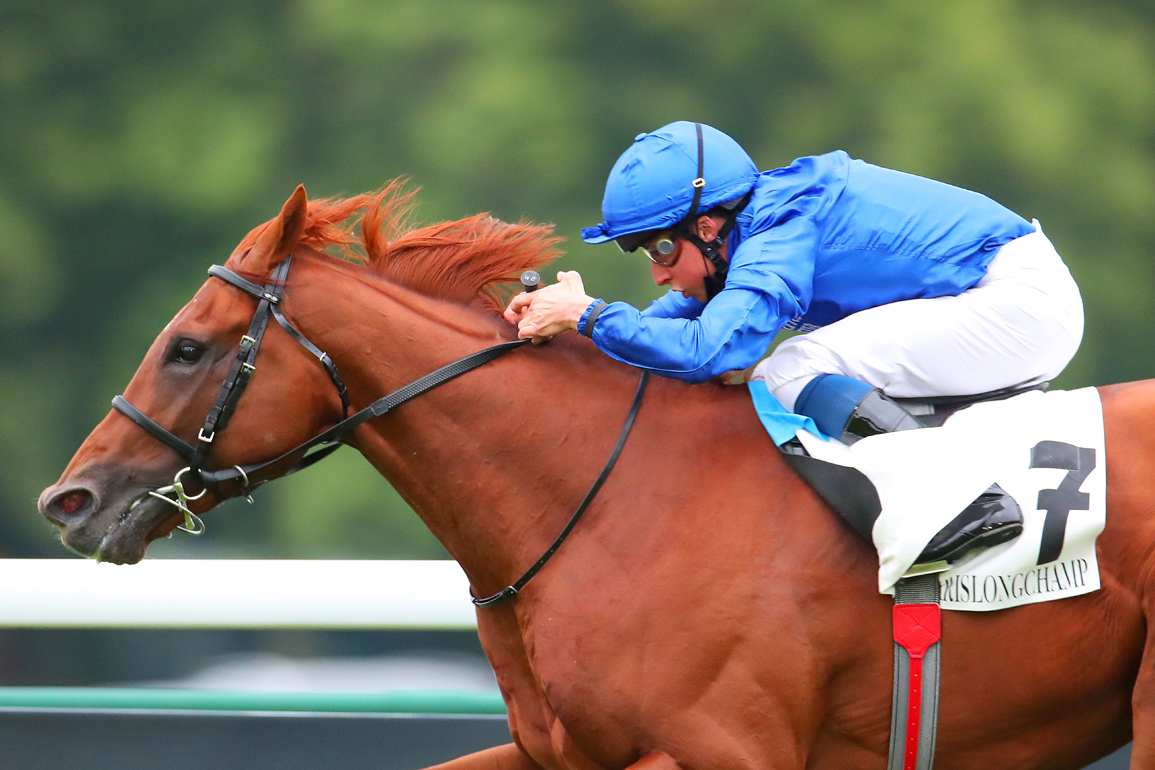 It can't always be said that the Grand Prix de Saint-Cloud is the strongest of the Group 1 races in Europe, but Sunday's line-up stands up to inspection with Godolphin's Hurricane Lane (Ire) (Frankel {GB}) looking to build on his respectable if uninspiring return effort in the G2 Hardwicke S. While excuses can be made on account of the prevalent fast ground at Royal Ascot and the fact that he would have needed his seasonal bow, there is always a concern when such a luminary fails to spark during such an important phase of his career. His achievements at three are undeniably impressive, with few colts able to pull off a rare treble of G1 Irish Derby, G1 Grand Prix de Paris and G1 St Leger with such dash and authority and his parting shot of running third in the Arc only served to enhance his reputation.

“I'll be honest, I was pleased with his [Hardwicke] run,” Charlie Appleby said. “Pre-race I was confident that we'd got his level of fitness up there, but turning four he's done very well physically and he's certainly tightened up for the run, that's for sure. What we've seen since the race is a sharper, tighter model. Some might ask if 15 days is enough time between runs, but 15 days was always our plan–the Hardwicke and then the Grand Prix de Saint-Cloud and what we saw last year was he thrives on his races. He went English Derby, Irish Derby and then Grand Prix de Paris last year and that was probably his most impressive victory, so he thrives on his racing and we're very happy.”

Whereas Hurricane Lane has had the sharpener in 2022, Kirsten Rausing's Alpinista (GB) (Frankel {GB}) has been denied that and she is in a lot deeper than she was on this weekend last year when marking her seasonal debut with a workmanlike success in the G2 Lancashire Oaks. Whatever her state of readiness, the Sir Mark Prescott-trained grey is a welcome sight coming back off her remarkable treble of G1 Grosser Preis Von Berlin, G1 Preis Von Europa and G1 Grosser Preis Von Bayern. Given that the former of those races was taken at the expense of Torquator Tasso (Ger) (Adlerflug {Ger}), it is clear that we are looking at a major talent among Europe's older horses.

Will The Eagle Land?

Like Hurricane Lane, Ballylinch Stud and Aquis Farm's Lone Eagle (Ire) (Galileo {Ire}) was a touch flat on his return when a well-beaten third to a resurgent Third Realm (GB) (Sea the Stars {Ire}) in Goodwood's Listed Tapster S. May 21, but he probably ran no worse than he had on his 2021 return when fourth behind Alenquer (Fr) (Adlerflug {Ger}), Adayar (Ire) (Frankel {GB}) and Yibir (GB) (Dubawi {Ire}) in the G3 Sandown Classic Trial. On his next start, he had made a significant leap to hand Yibir five pounds and a four-length beating in the Listed Cocked Hat S. on soft before making Hurricane Lane pull out all the stops in the Irish Derby.

Freddie Meade said, “It was very important to get that run into him, as he showed last year. I think we're in a good spot with him and I think he's earned his place. He had some of the best form in the book last year and he's done well.”

There is a fascinating 153rd edition of the G1 IDEE Deutsches Derby at Hamburg, where the key protagonists appear to be Darius Racing's May 22 G2 Derby Italiano winner Ardakan (GB) (Reliable Man {GB}), Gestut Rottgen's impressive June 5 G3 Diana Trial scorer Wagnis (Ger) (Adlerflug {Ger}), Gestut Park Wiedingen's June 6 G2 Union-Rennen winner Sammarco (Ire) (Camelot {GB}) and Gestut Schlenderhan's So Moonstruck (Ger) (Sea The Moon {Ger}), who was a head second in that 11-furlong Cologne contest. With seven runners all with solid prospects, the real story of the race is the dominance of Markus Klug with Frankie Dettori, Hollie Doyle and Richard Kingscote among the jockey bookings. Of the 20 in the line-up, there are only seven stables represented with Henk Grewe and Andreas Wohler also saddling four apiece and the latter handler has a bright prospect in Gestut Paschberg's May 28 G3 Baden-Baden Derby-Trial winner Queroyal (Ger) who could make it an even bigger weekend for his sire Churchill (Ire). Whatever the outcome, the lessons of recent years and especially of the 2021 Arc mean that eyes need to be peeled on Sunday afternoon.