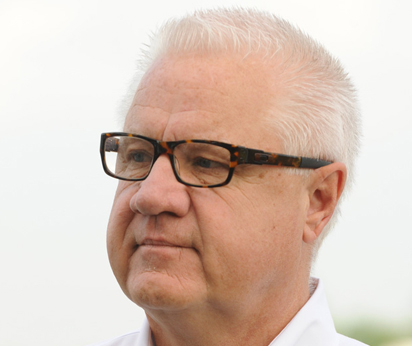 Jerry Crawford likes to do his homework. Before he heads to the sales, the president of the Donegal Racing partnership crunches every number available to him and creates algorithms, all designed to find the only kind of horse he wants to buy, one capable of winning classic races at classic distances. Crawford doesn't put that information into a desk drawer when a sale is over. Rather, he uses it to gamble with and says his data was largely responsible for three Pick Six scores during the recently concluded meet at Churchill Downs.

“We have algorithms for different things we're looking at in the sales, all designed to produce classic distance winners, but they give us other information, as well,” Crawford said. “I'm pretty strong with precocity, so horses that haven't started yet are an area I pay special attention to, also horses that are going long for first time. We have great stamina data that we use for that. Using this information has taken me to the level as a horseplayer.”

Using much of the same information that he applies to the sales, Crawford won the Single Six three times at the Churchill meet, post-Kentucky Derby Day, for a total of $106,000 and change.

His specialty, he says, is 2-year-old races, of which there is an abundance at this time of year. He ignores the odds on the horses and focuses in instead on putting an extra emphasis on horses that are bred for short distances and are likely to be precocious. He eliminates horses that aren't bred to go short, particularly ones that are trained by individuals that don't push their babies.

Crawford's favorite day to play the Pick Six is the first day of racing after the GI Kentucky Derby. Because the Pick Six is so hard to hit on Derby Day it normally carries over on to what is a sleepy day that few players pay attention to. The value can be enormous. This year, Churchill Downs took the $683,309 carryover from the Derby and put half of it into the conventional Pick Six and half into the Single Six, a bet hat is paid off in its entirety only of if there is only one winning ticket. On the Thursday after the Derby, It paid $2,717.60 and Crawford had it twice.

The next goal was to hit the Single Six. The entire pot would not be paid out until only a single winning ticket was sold on the bet or until the final day of the meet when there would be a mandatory payout.

“They had the mandatory payout the last day of racing,” Crawford noted. “I had seen this happen at Gulfstream, where somebody won the pot a day or two before the big mandatory payout because fewer people were playing it. So I played it on Thursday and won $63,000, but I wasn't only one. I think there were three tickets that day.

Crawford tried again the following day but only had five of six, so he zeroed in on closing day at Churchill when the entire pool would have to be paid out. Once again, he hit the bet, collecting his share of the jackpot. He didn't take home the entire jackpot, but his ticket was worth $38,045. Crawford estimates that he put $700 into each of his Pick Six plays over the course of the meet for a total of $2,800.

“Closing day was my 17th pick six win in my career,” he said. “I don't think that's any kind of extraordinary number, but I don't play them that often.”

Crawford will look at plenty of handicapping factors, but focuses in on the same theories he uses at the sales. If his algorithms tell him a 2-year-old horse is up against it in a five-furlong race in May, he will throw it out. If his numbers tell him a horse who has been dying to go long based on pedigree is making his first start around two turns he will use it on his ticket. During his Pick Six run, he left three odds-on favorites off his tickets and all three lost.

“I find a lot of bad favorites everywhere. I wish I could just bet on horses to lose, low-priced favorites to lose,” he said. “I'd do very well. You don't just have to pick the favorite to lose you have to figure out who is going to win, that's the trickier part.

“What you see is a horse that is 5-2 in the morning line and you look at the race and think that's right, that's exactly the odds the horse should be,” Crawford said. “Many times, the public will bet that horse down to 7-5 and that creates value on the board. One of my other important handicapping tools is when a horse is 8-1 in the morning line and two minutes before you post you look up and he's 30-1. If it looks like he really should be 8-1, that's a place where you've got to have yourself covered.

Crawford said he's hit other big-priced tickets when he had an insight that a Donegal horse would outrun his odds. That happened in the 2011 Breeders' Futurity at Keeneland when Donegal's Dullahan (Even the Score) won at 17-1. Crawford, who often involves Donegal partners in his Pick Six plays, was so confident in his horse that he had him all over his Pick Six tickets and wound up hitting another Pick Six in the high six figures.

Right now, Crawford has put the Pick Six on the backburner as he is preparing for the Keeneland and Fasig-Tipton sales. But he will save his notes and maybe they will tell him that the 3-5 first-time starter in a maiden race at Saratoga is very unlikely to win at anything less than a mile and a sixteenth. If so, you can rest assured that he'll be playing the Pick Six.