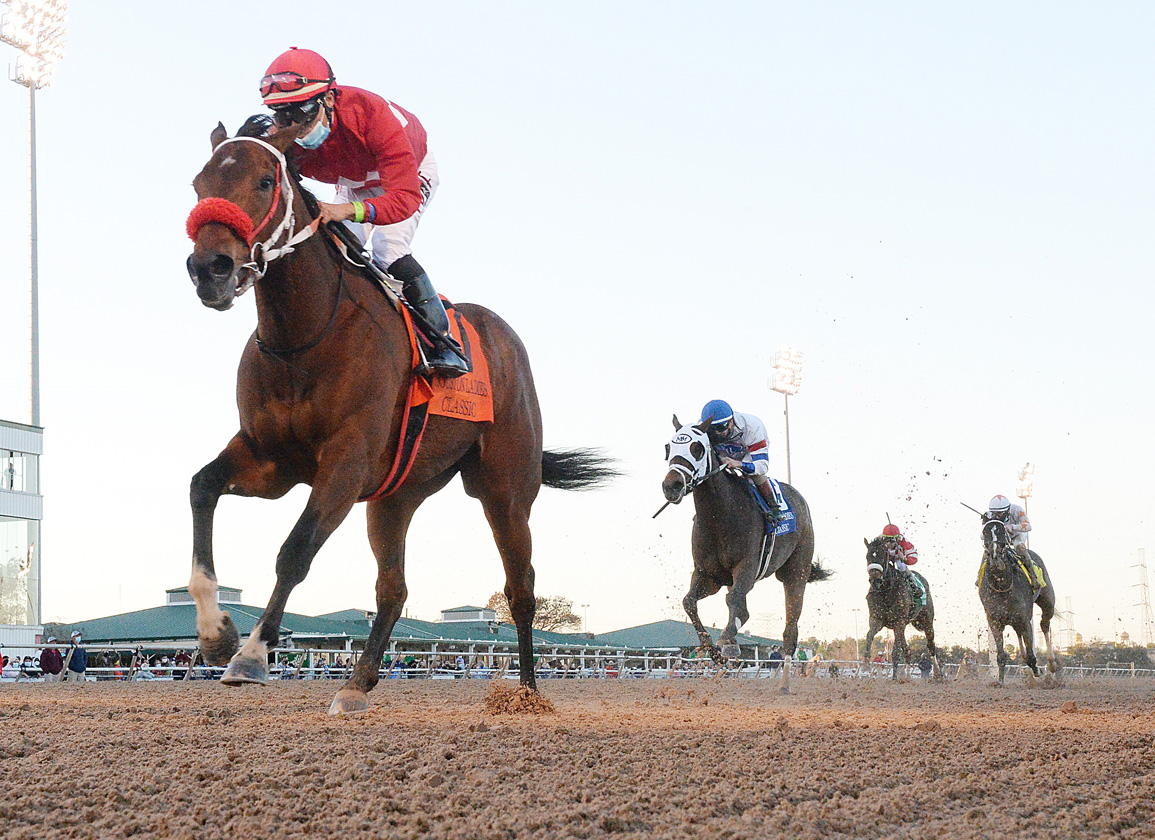 With track officials expressing hopes that the North American Graded Stakes committee will boost its status from Grade III for 2022, the purse for the Houston Ladies Classic has been increased from $300,000 to $400,000. Slated this year for Jan. 30 as part of the Houston Racing Festival, the Ladies Classic has been won by some high-profile fillies and mares in its nine renewals, including superstar Midnight Bisou (Midnight Lute) in 2019 and likely champion older female Letruska (Super Saver) this year.

Bork, the former president of Sam Houston, passed away in June at the age of 83.

“Bob Bork set a tremendous foundation for the growth of Sam Houston Race Park when he was hired in 1995,” said Dwight Berube, the track's vice president and general manager. “Throughout his 12-year tenure, he was admired by horsemen, horseplayers and employees and initiated many programs that have been emulated by racetracks across the country. We look forward to honoring him on the premier day of our upcoming racing season.”

The Ladies Classic and Connally will be run Lasix-free.

Frank Hopf, who was recently promoted to the role of assistant general manager, said of the upcoming meet, “Over the past three years, we have received tremendous support from all of the stakeholders in Texas and the horseplayers have responded to the improved racing product. The goal is to build on the positives from 2021 and continue to enhance Texas racing.”