Hotellerie Drawn One To Kick Off Yearling Season 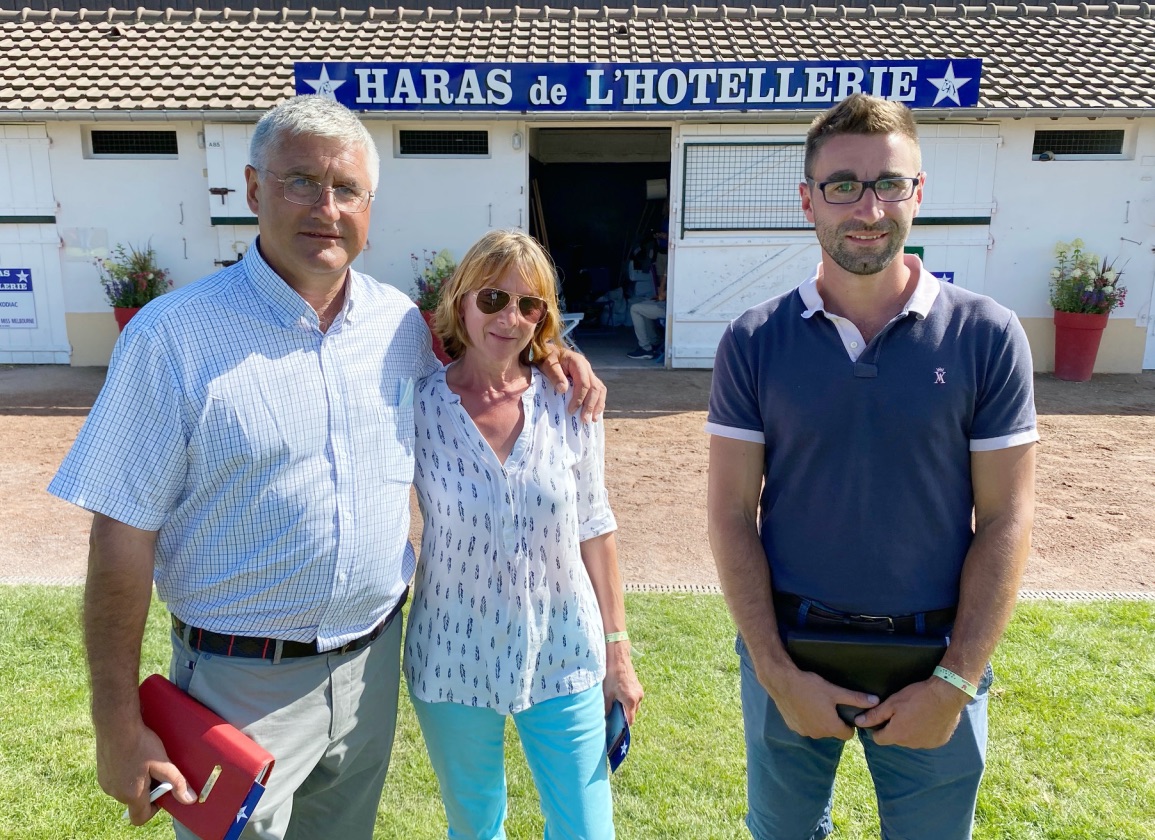 DEAUVILLE, France–Somebody has to be the trailblazer and the first yearling into the ring for the 2021 European season will be a first-crop daughter of U S Navy Flag. The filly hails from the consignment of Haras de l'Hotellerie which offers its biggest draft this year, nine years on from making its Arqana August debut.

The Garcon family's operation made quite a splash back then, selling a Dubawi (Ire) colt to Jehan Malherbe of Form Bloodstock for €450,000, and he was no one-hit wonder. Named Mubtaahij (Ire) and sent into training with Mike de Kock, the sales-ring splash was followed by victory in the G2 UAE Derby for Sheikh Mohammed Bin Khalifa Al Maktoum and, later transferred to America, Mubtaahij also won the GI Awesome Again S. at Santa Anita.

This time around the star of the 19-strong Hotellerie draft, on paper at least, is also by Dubawi. Lot 117, out of the dual-winning Konigstiger (Ger) mare Wiwilia (GB) and from a distinguished German family, is a half-sister to the G1 Criterium de Saint-Cloud winner Wonderment (Ire) and was bred at the farm for clients Manfred Wurtenberger and Reinhard Stockli.

“This is our second Dubawi and she is a very exciting filly,” says Guillaume Garcon, who runs the farm with his father Jean-Pierre and mother Isabelle. “It is great to have another one to sell and she is a half-sister to a Group 1 winner at two by Camelot (GB). We bred her at the farm for a client and I am so happy to have such a nice horse for good clients who trusts us.”

He continues, “This is our biggest draft, usually we have 10 or 15 yearlings but we are always trying to improve the quality, so it's exciting for this year.”

A notable element of the Hotellerie consignment is the trio of American-sired yearlings, by champion sire Into Mischief, Ghostzapper and a member of the first crop of the Scat Daddy stallion Mendelssohn. The three youngsters were bred by Leopoldo Fernández Pujals of Yeguada Centurion, who keeps around 30 mares at Hotellerie, including the dams of the trio, who were bought during a $3.3 million shopping spree at Keeneland in 2019.

First up is the Ghostzapper full-sister to dual Grade I winner Shaman Ghost (lot 12),  followed by the Into Mischief filly (lot 74) who is the first foal of the stakes-placed Pera (Drosselmeyer). Early in Sunday's session is the Mendelssohn filly out of the winning and stakes-placed Lemon Drop Kid mare Royal Story (lot 90).

Garcon says, “He bought mares in foal so the offspring have French premiums and it's quite exciting as he has brought new pedigrees into France. He also bought a stud near to our farm a few weeks ago so we will keep working with him. He's a lovely person who loves his horses and has his own ideas about things.”

The relationship with Fernández Pujals also means that the Hotellerie name will feature for the first time among the list of consignors for the Tattersalls October Yearling Sale in Newmarket.

Garcon explains, “He wants to have horses in training but also here he wants to try the market and we are also selling five yearlings at Tattersalls for the first time this year in Book 1. They all have American pedigrees, including a very good filly by Candy Ride.”

The Garcon family's own interest in Thoroughbreds started in the National Hunt sphere. Jean-Pierre was manager at Haras de Montaigu for 26 years and he and Isabelle always kept a handful of their own National Hunt mares. The link with Montaigu remains through a 4-year-old homebred currently in training with Francois Nicolle. Lawrence d'Arabie (Fr) is unbeaten in two starts over hurdles and is by Montaiugu's late stallion Martaline (GB).

Guillaume Garcon says, “I travelled to Australia, America, Ireland and England and when I returned to France I thought I would try to find a little place for myself, but my parents said why not try something together. So we found a cattle farm and now we have 220 hectares one hour from Deauville. There are 90 mares on the farm some of them are ours and the rest for clients from Australia, Denmark, Sweden, Germany, England, and of course France. We have 15 mares in partnership with our clients.”

He adds, “We still love National Hunt and have a few jumping mares but most of our clients are involved in the Flat.”

One of the most recent high-flying graduates from the Hotellerie draft is Marc Chan's New Mandate (Ire) (New Bay {GB}), who was bought at the August Sale two years ago by Alex Elliott for €35,000 and won the G2 Juddmonte Royal Lodge S.

This time around Garcon declares himself happy with strong traffic to his draft over the last few days and is not worried about being having to open the show on Saturday with the U S Navy Flag second foal of the well named Sixties Icon (GB) mare Epsom Icon (GB), who won the G3 Princess Elizabeth S. on Derby day. The filly (lot 1) is another bred by Yeguada Centurion.

“Somebody has to go first,” he says. “She is a very nice, good-moving filly and we love the mare, who has a Siyouni (Fr) 2-year-old in training with Christopher Head. We also have a very nice Frankel (GB) filly and, for precocity, a No Nay Never filly out of a mare by Kyllachy (GB), who looks all speed. We have something to suit everyone.”