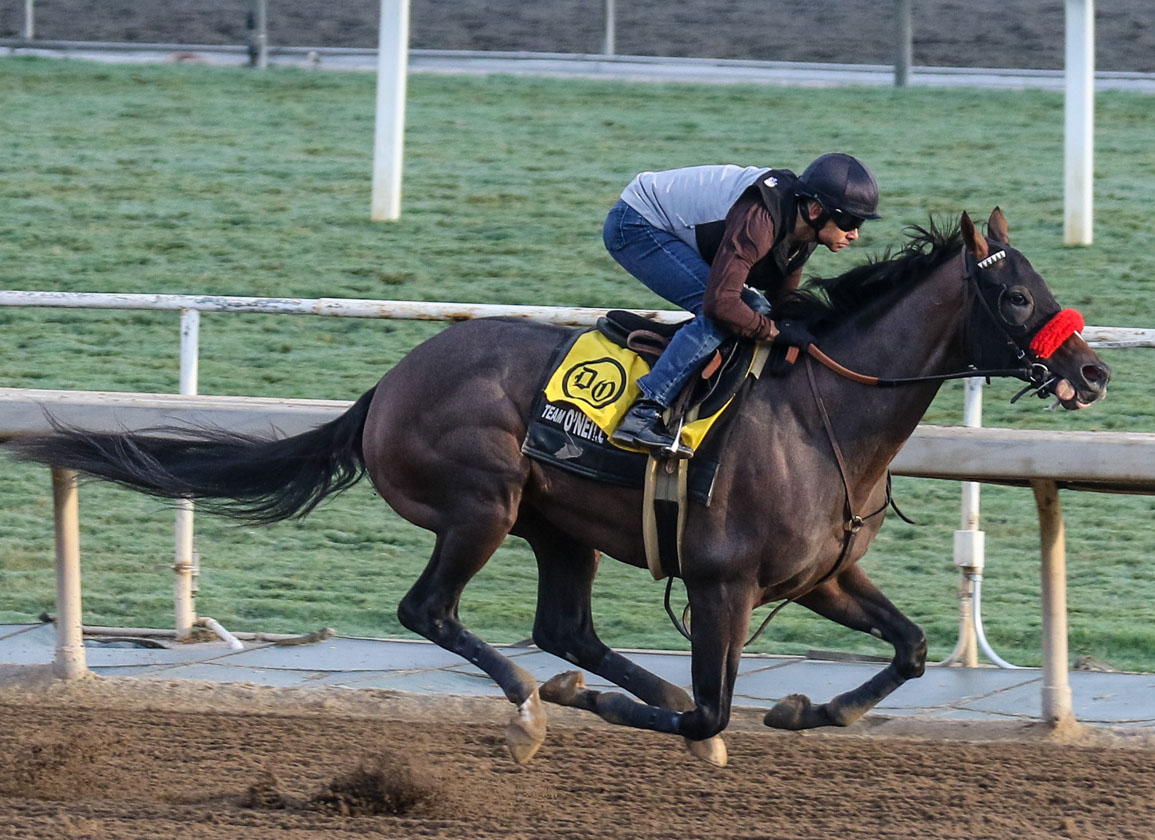 Trainer Doug O'Neill's Hot Rod Charlie (Oxbow) began tightening the screws for the Nov. 6 GI Breeders' Cup Classic with a four-furlong move at Santa Anita Saturday morning. Out at 7:45 a.m., the popular dark bay, known for his gritty style, had Mike Smith in the irons. The Hall of Famer was filling in for regular rider Flavien Prat, who was riding at Keeneland Saturday.

“He went a half-mile in 48 and change and galloped out in 1:01 and three,” said O'Neill. “He looked good. It was his first piece of exercise since the Pennsylvania Derby win. If all goes well and he stays injury-free, he'll have three more works between now and Nov. 6.”

Hot Rod Charlie was wearing French blinkers for the work. O'Neill said it was likely he'd wear the same equipment in the Classic.

Owned by Boat Racing LLC, Gainesway Stable, Roadrunner Racing, and William Strauss, Hot Rod Charlie won his first Grade I event in the Sept. 29 Pennsylvania Derby at Parx. He has also won the GII Louisiana Derby this year, but he's made headlines more for the races he didn't win, most notably the July 17 GI TVG.com Haskell S., where he finished first but was placed seventh for heavy interference. Hot Rod Charlie has also placed in the GI Kentucky Derby and GI Belmont S., in addition to the GI Breeders' Cup Juvenile last year.

With a number of frontrunners committed to the Classic, Hot Rod Charlie's ability to sit just off the pace may be a powerful weapon.

“We've got options,” said O'Neill. “He's shown he can win on the front or from sitting behind, so I like where we're at. He's definitely a versatile colt. We'll probably have two more works at Santa Anita and head to Del Mar on the 25th where he'll have his last work.”