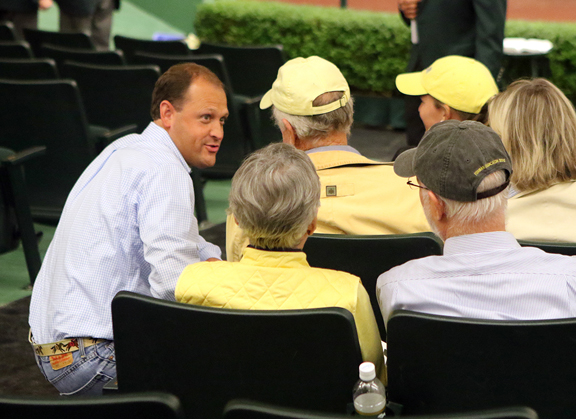 The Horseracing Integrity Act (H.R. 1754), introduced last year by Congressional Horse Caucus co-chairs Representatives Paul Tonko (D-NY) and Andy Barr (R-KY), has officially received formal endorsement by a majority of the U.S. House of Representatives, with 226 Members now cosponsoring the legislation. The bipartisan bill authorizes creation of a non-governmental anti-doping authority governed by representatives of all major constituencies of the industry and responsible for implementing a national, uniform medication program throughout the sport.

“After years working side by side with my friend Congressman Andy Barr to move this legislation forward, I am deeply gratified that our bill to strengthen America's horse racing industry and elevate the health and safety of our equine athletes is finally getting its due support,” Tonko remarked. “Establishing a single, national approach to medication testing with strong independent oversight and enforcement will help ensure the long-term viability of this Sport of Kings. The stakes for this legislation are high, especially in regions like ours with historic ties to an industry that contributes billions of dollars and supports thousands of jobs in the New York economy each year, much of it at and around our legendary Saratoga Race Course.”

“The bipartisan support we have garnered for this legislation demonstrates the urgency of needed reforms in the horse racing industry,” said Congressman Barr. “At the end of the day, my efforts are about ensuring the safety of our equine athletes and the integrity of the sport. I will continue to educate my colleagues on the need for transparency and standardization in horse racing and build on this momentum to fight for Kentucky's signature industry.”

Tonko and Barr have introduced a version of this legislation since 2015. Companion legislation has been introduced in the Senate and has 23 cosponsors.