Horsemen Pay Tribute to the Passing of Owner Noel Martin 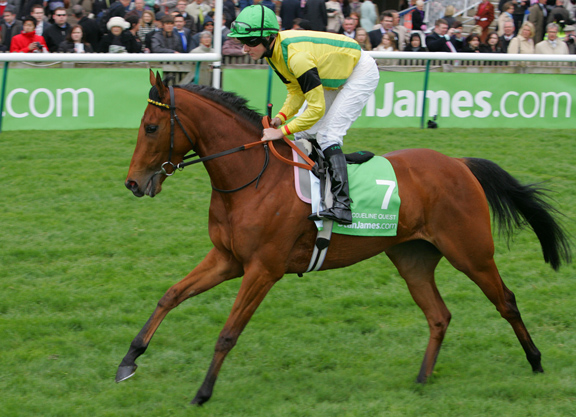 The tributes continued Wednesday for prominent owner Noel Martin, who passed away one day earlier at the age of 60. Martin was perhaps best known in racing circles as the owner of Jacqueline Quest (Ire) (Rock of Gibraltar {Ire}), named after his late wife following her death in 2000.

Trained by Sir Henry Cecil, Jacqueline Quest passed the post in front in the 2010 G1 1000 Guineas at Newmarket, only to be demoted to second place for causing interference to eventual winner Special Duty.
Shortly following the demotion, Martin commented: “They took the race away from me. She is still Jacqueline Quest and they cannot take that away from me. I have not seen a race taken away in British horseracing since God knows when, but I have been through a lot of bad luck so it is not a problem.”

Born in Jamaica and raised in Birmingham, Martin was left paralyzed following a neo-Nazi attack in Germany in 1996. During his lifetime, Martin, who was very involved with causes against racial intolerance, returned to Germany in 2001 to lead an anti-racist demonstration.

Having enjoyed better luck for Martin four years prior to his Group 1 disqualification, trainer Mick Channon saddled Baddam (GB) (Mujahid) to win both the Ascot S. and Queen Alexandra S. in the space of five days at Royal Ascot in 2008.

“We had that brilliant week together at Royal Ascot–I don't think Noel could believe it, to be honest,” Channon said. “We had a couple of great nights in the car park with all his friends, it was brilliant.”
Both Jacqueline Quest and Baddam went on to be trained by Ian Williams.

“We had some great times together,” Williams recalled. “Noel was a good friend and someone whose company I enjoyed immensely. I always admired and respected the way he took the defeat in the Guineas-that was a mark of the gentleman he was.”

Williams added, “Despite the unfortunate position he was in, Noel always had a smile on his face. Every time you thought you were having a bad day, you only had to think of Noel and how happy he was just to be alive. I'll miss him greatly.”