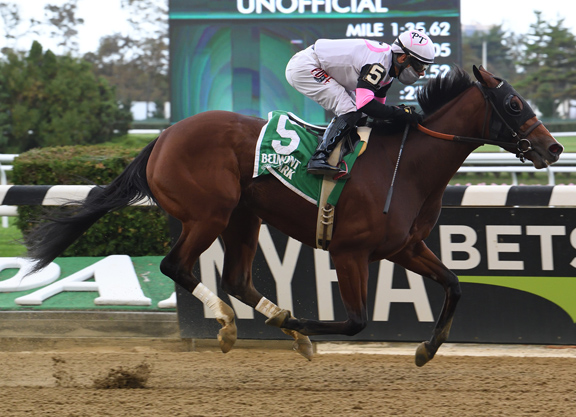 Bred by Holly Crest Farm, Horologist began her 4-year-old campaign in California under the care of Richard Baltas, but was ultimately turned over to Bill Mott, for whom she posted a two-length victory in the GIII Molly Pitcher S. The 2019 GIII Monmouth Oaks heroine would go on to finish third to champion Monomoy Girl (Tapizar) in the GI La Troienne S. in September before posting her most important career victory to date in the GII Beldame S. at Belmont Park, her first black-type success beyond the borders of the Garden State.

John Bowers, Jr. was the breeder of two divisional champions. His homebred Royal Urn (Kantharos) was named champion sprinter and top older male in a campaign that featured a trio of stakes victories, while Pickin' Time (Stay Thirsty) was champion 2-year-old on the strength of scores in the Smoke Glacken S. at Monmouth and in the GIII Nashua S. at Aqueduct. Both Royal Urn and Pickin' Time are sons of Bowers, Jr.'s mare Born To Royalty (King of Kings {Ire}), who was named Broodmare of the Year for 2020. She is the dam of a yearling New Jersey-bred colt by Tonalist.