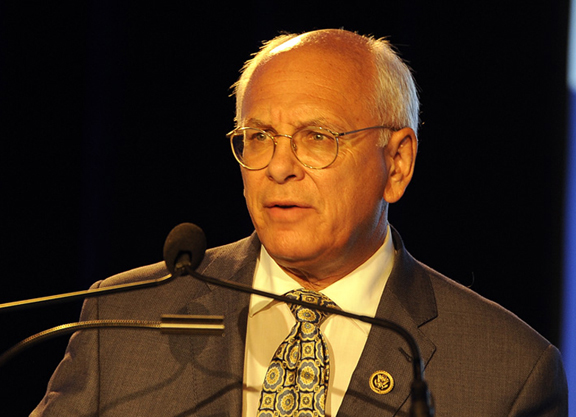 The Horseracing Integrity and Safety Act officially became law when President Donald J. Trump signed the COVID-19 relief and government funding legislation Sunday night. The legislation will establish national standards to promote fairness and increase safety in Thoroughbred racing nationwide. The HISA legislation will go into effect no later than July 1, 2022, but could be effective earlier following the formation of an independent national racing authority and approval of an anti-doping and medication control program and racetrack safety program by the Federal Trade Commission. The FTC will review the programs developed by the authority, allow for public comment, and once approved by the FTC, the programs will go into effect.

In response to the bill's passage, Travis Tygart, CEO of the United States Anti-Doping Agency, released the following statement, “The Horseracing Integrity and Safety Act passed the US Congress last week and was signed by the President Sunday night. This passage signifies the beginning of a new era in the storied history of the horse racing industry. The landmark legislation will establish a uniform approach to better protect horses and jockeys, and to bolster the strength and fairness of the sport.

“USADA is honored and grateful to be tasked with the anti-doping duties outlined in the Act. We are excited to spend the near future contributing to the design of a robust set of rules and customizing our gold-standard athlete service and testing model to ensure clean competition for equine athletes.

“Thank you to Majority Leader Mitch McConnell (R-KY) for his leadership in getting this bill through Congress, and to Congressmen Paul Tonko (D-NY) and Andy Barr (R-KY), and Senators Kirsten Gillibrand (D-NY) and Martha McSally (R-AZ) the original cosponsors of the Horseracing Integrity Act.

“USADA welcomes the opportunity to partner with horse racing stakeholders to develop uniform rules and to implement robust independent testing and enforcement that will contribute to the longevity and legacy of the sport of horseracing.”

The government spending legislation also provides an extension of the three-year tax depreciation for all racehorses through 2021, allowing taxpayers the option to depreciate, on a three-year schedule, racehorses less than 24 months of age when purchased and placed into service.

The massive $900-billion COVID-19 relief package also means eligible racetracks and farms will be allowed to participate in a second round of the Paycheck Protection Program (PPP). It also includes provisions for an increased number and extension of H-2B visas.