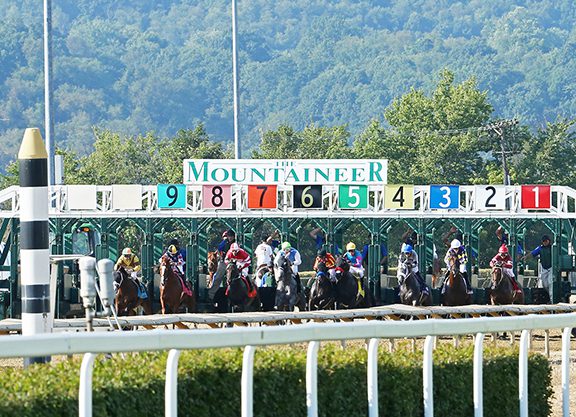 Just six days after Horse Racing Integrity and Safety Authority (HISA) opponents won a round in court in which a federal judge granted a preliminary injunction that halted implementation of HISA rules going into effect in Louisiana and West Virginia, HISA and the Federal Trade Commission were back in court Monday filing an emergency motion for a stay pending appeal.

The motion was filed in the United States Court of Appeals for the Fifth Circuit.

The filing from HISA maintains that when granting the preliminary injunction, the court erred in regards to the length of the period required for public comment. Lawyers for HISA contend that the Federal Trade Commission, which oversees HISA, has provided 14 days for public comment following its publication of proposed rules, which does not violate any rules. They contend that the “court mistakenly believed required the Commission to provide a minimum 30-day comment period.”

The filing continues: “A stay is warranted because that ruling rests on legal error and does not reflect a sound balancing of the equities. The APA (Administrative Procedure Act) imposes no minimum comment period, and the district court plainly erred in concluding otherwise.”

When granting an injunction to the plaintiffs, which included the Jockeys' Guild and the states of West Virginia and Louisiana, Judge Terry Doughty of U.S. District Court (Western District of Louisiana) did not appear to consider the public comment period a major factor in his decision. Instead, he focused on the plaintiffs allegations that HISA was causing them irreparable harm and that an injunction was needed while still other courts were deciding the constitutionality of the Horse Racing Integrity and Safety Act.

“Here, there is an obvious link between the HISA rules and Plaintiffs' alleged injuries,” Doughty wrote. “All the above alleged injuries are 'fairly traceable' to the rules enacted thus far by HISA and the FTC.”

Borrowing a page from their adversaries, HISA attorneys wrote that if they are not granted a stay and HISA regulations cannot immediately be implemented in West Virginia and Louisiana that “will cause grave and irreparable harm to the horseracing industry and the public in contravention of Congress's clear intent.” They called Doughty's decision a case of “flagrant judicial overreach.”

Two separate federal courts have already dismissed lawsuits from the same plaintiffs that include similar arguments made before Doughty's court and question whether or not HISA is constitutional. Both courts ruled in favor of HISA but those decisions have been appealed.

“The preliminary injunction is unlikely to survive appeal and, in the meantime, will cause irreparable damage to the Authority's ability to implement the Act in a timely and orderly fashion,” HISA's court filing reads.

The HISA filing relies on the same arguments that gave birth to the Horse Racing Integrity and Safety Act, that when it comes to integrity and safety, the industry was adrift, in need of change and that the best way to accomplish that was through a central authority.

made by implementing national, uniform rules and regulations, increasing accountability, and using data- and research-driven solutions to enhance the safety of our horses and jockeys,” the filing reads.

The filing concludes: “This Court should stay the order pending appeal as soon as possible, but no later than Aug. 5, 2022 (as the harm from the injunction mounts with each racing day).