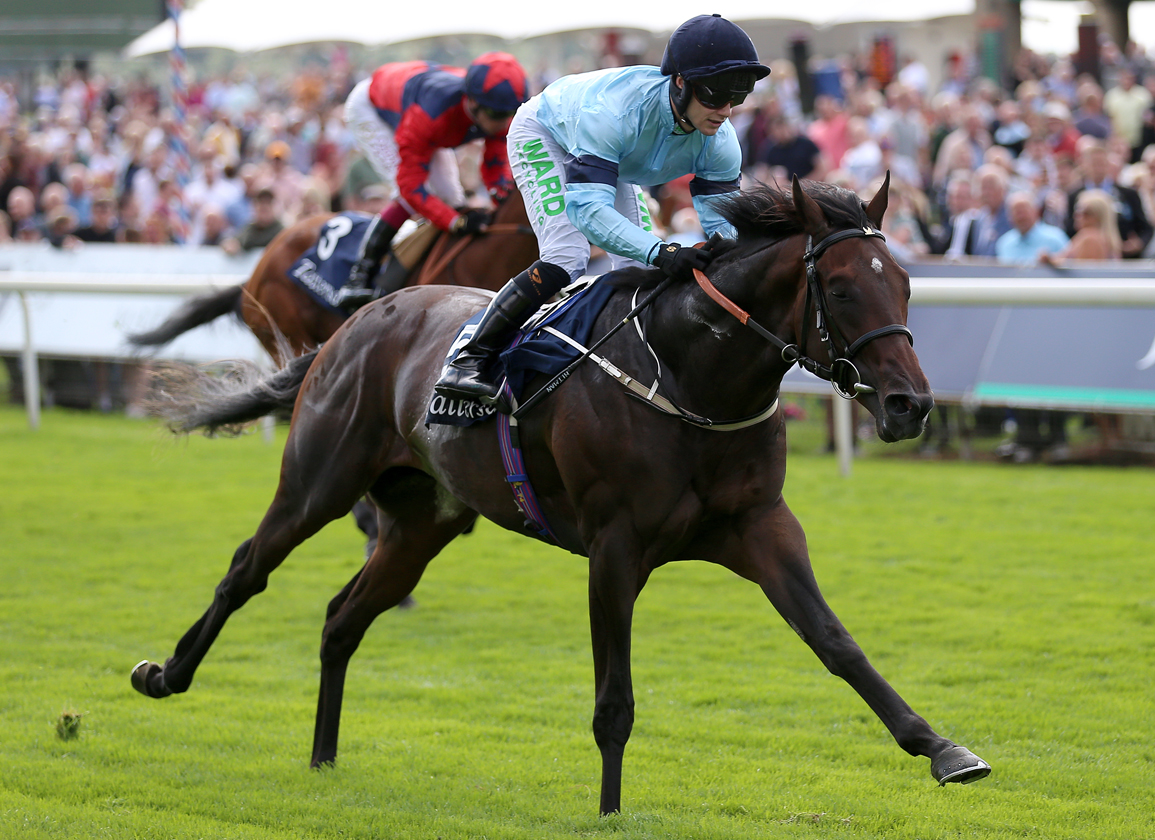 Royal Patronage: will run in the Derby | PA Media

Runner-up to Derby favourite Desert Crown (GB) (Nathaniel {Ire}) in the Dante S. at York a fortnight ago, Royal Patronage will bid to reverse that form at Epsom, while Listed Cocked Hat S. third Lysander will be aimed at Royal Ascot following his defeat at Goodwood.

Highclere's Harry Herbert said: “We had high hopes for Lysander and we still do, it was just very frustrating when the rain arrived at Goodwood.

“I think this horse has such a good action and he was slightly all at sea off that slow pace when they really quickened it up, but he still ran a hell of a race. We're not going to the Derby with him now and will head to either the Hampton Court or the King Edward VII S. at Royal Ascot.”

Herbert added, “He had a hard race the other day in sticky ground and William just feels going to Epsom would be the wrong move for the horse right now. He's very talented and we never like turning down the Derby, but we'll take a longer term view.”

Royal Patronage was beaten a little over three lengths behind Desert Crown in the Dante and remains a 25-1 shot for the Derby.

Herbert is not necessarily expecting the Highclere runner to reverse that form, but does feel he has been underestimated in the market.

He said, “He'll definitely run there, all being well. I spoke to Charlie Johnston on Tuesday morning and he tells me he's in very good form.

“He won impressively at Epsom last year, so he's handled the track pretty well and we're hopeful that he'll stay the mile and a half. If he does, he could give everyone a lovely shout”

Herbert added, “We feel the rhythm of the Dante possibly didn't suit him as they went slow and then really sprinted, but take nothing away from the winner, who won well and deserves to be Derby favourite.

“It's a difficult race and anything can happen, as we've seen so many times before. I think we're probably too big a price for a talented horse who is proven on the track.”

One who could still turn up at Epsom is Godolphin's Nations Pride (Ire) (Teofilo {Ire}) who came through a workout on Wednesday morning and a decision on whether to supplement him will be made in the next 48 hours.

Charlie Appleby said on Godolphin's Twitter account: “Nations Pride has impressed in his work at Moulton Paddocks this morning with William Buick on board. A decision will be made in the next 48 hours whether he will be supplemented for the G1 Derby @EpsomRacecourse.”