High Purses and Field-Limiting Claiming Conditions. What's Not to Like? Plenty. 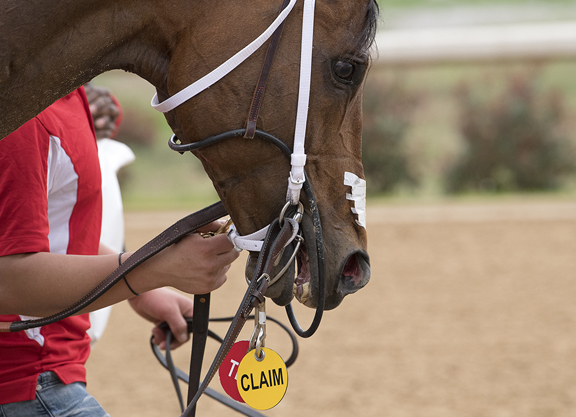 68th Annual Round Table Conference hosted by The Jockey Club

Purses subsidized by gaming revenue and a vastly expanded menu of claiming conditions were initially thought to be positive changes that would be a boon to Thoroughbred racing when racinos changed the North American landscape 30 years ago.

“Idealistically, the thought was to raise purses to help owners of claiming horses pay their bills and upgrade their stock over time,” Sal Sinatra, the president and general manager of the Maryland Jockey Club, told an online and broadcast audience during Sunday's 68th Annual Round Table Conference on Matters Pertaining to Racing that was virtually hosted by The Jockey Club.

“Instead, we have created an arena that is a race to the bottom, with horses being dropped in claiming price and repeatedly claimed as a matter of arbitrage,” Sinatra said.

This line of reasoning was supported by newly elected Hall-of-Fame trainer Mark Casse, who addressed the same topic in a separate panel discussion among globally recognized trainers.

“Something is wrong with the system,” Casse said, when campaigning a $10,000 claimer that races every two weeks for purses three or four times more than its value is viewed as a more viable business move than trying to get a stable of classier, more expensive horses into races that too often don't fill.

Or, as Sinatra put it, “Claiming races are the most frequently run races in the United States. But we have bastardized this category ad nauseam.”

“No other category has forced us to enact rules upon rules,” Sinatra said. “We have subcategories that have reduced claiming classes to algebraic equations.”

The restrictive stranglehold is only part of the problem. Sinatra cited statistics that said in 2000, the average claiming price for a Thoroughbred in U.S. racing was $13,703. The average purse in those races was $18,579.

That windfall has inadvertently led to owners and trainers becoming increasingly picky about choosing their spots.

“Horses made one less start in 2019 than they made in 2000,” Sinatra said. “And while that doesn't sound like much, that has affected field size by .6 horses per race. In a 10-race card that represents eight horses–possibly an additional race.”

Sinatra said casualties of this system disproportionately affect smaller owners and breeders. They can't make money “protecting” their horses by running them for above-ability claiming prices, because those over-their-heads horses consistently get beaten. And when the smaller stables do enter a young horse at a realistic level, rival outfits see value and claim the entrant for a fraction of the amount that the owner/breeder invested to mate and raise that horse.

“If you poll my peers, they will agree that claiming has basically eliminated smaller stables [of 5-15 horses],” Sinatra said. “Instead, we have high-percentage, aggressive stables that dominate our races and claim the smaller guys out of business.”

Is a ratings system the answer?
Sinatra proposed two solutions, although he acknowledged his first idea–getting every track in North America to reduce claiming purses to a third or a quarter of current levels–was unlikely to be met with widespread acceptance.

His second suggestion seemed more feasible: Adopting a ratings system that would group classes of horses competitively with no risk of the animals being bought out from under their owners.

Such systems have long been used in Europe and Australia, Sinatra noted. He said the resulting races would provide a more appealing betting product while avoiding precipitous class drops that might not be in the best interest of horses.

“Even horses with lesser abilities could find their level, and their owners could enjoy them without losing their investment,” Sinatra said. He said other avenues to acquire horses could be implemented, like paddock sales or races in which the winner gets auctioned to the highest bidder after the race.

But ratings systems aren't perfect, either. Four-time champion British flat trainer John Gosden, who has won more than 3,500 races in Europe, the Middle East, Asia, Australia, and the U.S., said conditioners will still try to gain an edge any way they can, regardless of the classification system that is in place.

“A lot of trainers allow themselves to be controlled too much by the system,” Gosden said. “So they try and get the horse into the lowest rating [and then] creep up, rather than necessarily let the horse express itself and go on…. We have a handicap system here. It works, but I find it restrictive. I prefer it to the claiming system–of course I do. [But] I think there's a certain sickness when the race is worth more than the horse, and that [is why America's claiming system] is not a pretty situation.”

The trainers' panel, in which Casse and Gosden were joined by top Irish flat and steeplechase conditioner Jessica Harrington, provided the most intriguing Round Table commentary, particularly when the trio spoke candidly about instances in which North American racing is hampered by having too many narrow-category options that push down field sizes and reduce racing opportunities.

“The reason, if you read things why they say that our horses aren't as tough as they used to be, is because they don't get as many starts,” Casse said. “I mean, Seabiscuit started 35 times as a 2-year-old. If we did that, social media, they would crucify us. So that's part of it. The other thing I believe is that we've gotten too worried about our win percentages. Trainers don't run their horses as much because they want the right spots. When I started training 40 years ago, Kentucky didn't even have a turf course. So now we have turf, dirt, we have Tapeta,” which all create sub-specialties that factor into being selective about entering races.

“Honestly, and I'm going to upset a lot of people when I say this, but probably the thing that has hurt our breed the most in the U.S. is the state programs,” Casse said. He was blunt about too many stallions and broodmares being employed that “would never cut the mustard” on the open market.

“I went to California some time ago with three exceptional maidens that wanted to run long,” Casse said, providing context to his point. “Couldn't get the race to go. But the California-bred race would go once a week.”

When the talk turned to the impact of racing to breed rather than breeding to race, Casse noted how the horses he gets from his clients who breed their own stock are generally more durable than the Thoroughbreds acquired via auction.

“It's become a beauty contest at the sales,” Harrington said, noting how the trend is increasingly titling toward very capable racehorses getting eliminated from buying consideration at public auctions because of relatively minor conformational flaws.

Gosden agreed: “There's no doubt that a lot of the best horses I've trained have been incorrect, and would have been literally struck off the list at the sales. And I think that is probably the one negative influence we've seen–the impact of the sales on the breeding of horses.”

Gosden said that the pervasiveness of both legal and illegal medication in American racing now affects his buying decisions when he looks at horses at the Lexington and Saratoga sales.

“You think, 'How real is this that I'm looking at?” Gosden explained. “These [babies] might have been reared properly, but what were [their sires and dams] racing on?

“It's rather like a counterfeit coinage,” Gosden continued. “It becomes a worry, the legitimacy of the whole thing. And I think it's something that I hope American racing can get hold of and sort out because there's no doubt that it does undermine the integrity of the sport.”

Drugs a central theme
Rooting out and punishing dopers has evolved into a focal point for The Jockey Club, and in recent years large chunks of the annual Round Table presentation have been devoted to supporting and advancing federal legislation that would mandate an independent anti-doping and medication control program.

Sunday's edition (which was pre-recorded instead of being held live at Saratoga out of respect to pandemic precautions) was no different. Retired professional bicyclist Greg LeMond, a three-time Tour de France winner and a vocal anti-doping advocate, made salient points about the parallels between horse racing coming to grips with its drug problem the way cycling is attempting to do after being besieged by three decades of scandals.

“Transparency is everything,” LeMond said. “What I saw in cycling, they kept on putting band-aids over it from one scandal to another. So it just prolonged the pain… The sad part about horse racing [is] the horse can't talk. The reality is it's the victim that has no say. So I think it's really cracking down on the people that are making money off of cheating. Not just kicked out [with] a one-time suspension. It needs to be for life.”

Earlier this year, The Jockey Club assisted in providing federal law enforcement officials with information that led to the bombshell doping indictments of 27 trainers, veterinarians, pharmacists and drug distributors, including high-win-percentage trainers Jason Servis and Jorge Navarro. In making the Round Table's concluding remarks on Sunday, Stuart Janney III, The Jockey Club's chairman, said that additional charges against other individuals are in the pipeline.

“It's reasonable to assume that more arrests are coming,” Janney said. “COVID-19 has affected every part of our lives, and this investigation is no different. The criminal justice system's capacity is severely limited, from investigations to convening grand juries to arresting and arraigning criminals. But I have no doubt there are many arrests pending. Fortunately, they will happen. But just not as soon as we would like.”