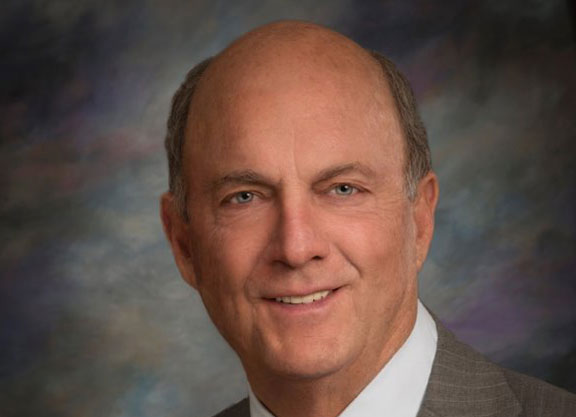 The Breeders' Cup Board of Directors unanimously elected Fred W. Hertrich III as Board Chairman at its Friday meeting. Hertrich, owner of Watercress Farm in Paris, Ky., succeeds William S. (Bill) Farish, Jr., who served as Chairman from 2006 to 2011, and again from 2013 until today. Mr. Farish will continue as a Director.

“I am indeed honored by the opportunity to serve as Chairman of the Breeders' Cup and look forward to working with my fellow Members and Directors, and our nominators, in further strengthening our nomination and racing programs, and elevating the quality and prestige of the World Championships to new heights,” said Hertrich. “I congratulate our new Vice Chairman, Dan Pride, on his election. Finally, I especially want to thank my predecessor, Bill Farish, for his outstanding dedication, leadership and expertise in serving the Breeders' Cup as Chairman.”

“My fellow Directors have made an outstanding choice in electing Fred Hertrich their next Chairman,” said Farish. “Fred has made significant contributions in improving and enhancing the goals of the Breeders' Cup as a Member and Director, and I now look forward to serving him as he takes the reins of our company and our bright future ahead. I want to thank our Members, Directors, and our participating horsemen for making the past four years so special for me.”

Born in Detroit, Hertrich graduated from Bucknell University with a Bachelor of Science in Business Administration in 1968. In 1975, Hertrich became the youngest Ford dealer in the United States, forming Frederick Ford Mercury in Seaford, Delaware. Today, he is the President of the Hertrich Family of Automobile Dealerships, comprising 18 new vehicle dealerships representing 19 different franchises in Delaware, Maryland, Colorado and New Jersey, ranking them in the top 50 privately owned retail automobile groups in North America.

Over the years, Hertrich has been actively involved in both the Standardbred and Thoroughbred industries in Maryland, Delaware and Kentucky. Under Hertrich's proprietorship at Watercress Farm, 14 graded stakes winners and over 60 graded stakes placed or listed winners have been bred, raised and sold commercially from Watercress, including GI winner and champion, Shamardal and GI winners, Boys of Tosconova and Street Boss. This year's 2-year-old crop is represented by undefeated Grade 3 winner Catholic Boy.