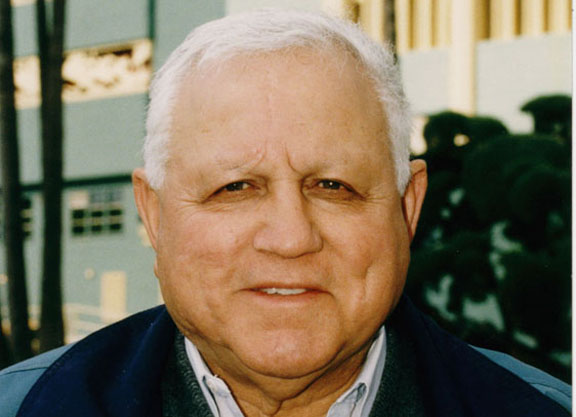 Longtime California trainer Henry Moreno passed away Sunday at The Kensington care facility in Sierra Madre following a lengthy battle with dementia. He was 90.

Moreno, who was born in Corona, grew up on his father’s Quarter Horse ranch and began as a Quarter Horse trainer before switching to Thoroughbreds in the early 1960s.

He conditioned Chilean import Tizna (Chi), who won the 1974 and 1974 renewals of the GI Santa Margarita Invitational H., as well as the 1975 GI Ladies H.

Moreno, who saw combat while serving seven months in the Army during the Korean War, also developed Sam Who into a top sprinter after bringing him back from near-death in 1989. Sam Who won the 1989 GIII Los Angeles S. and set the Hollywood Park record of 1:08 for six furlongs.

“There was none like Henry before or none like him after,” said Lance Hellum, Moreno’s assistant for four years until his retirement from training in 2016. “I’m in tears. He came to rescue me when I was in trouble. He was like a father to me.”

Of Moreno’s unyielding generosity, one trainer said, “He probably loaned more money to more people at the racetrack and never got it back.”

“Henry was a staple of California racing,” said fellow trainer John Sadler. “He was one of the men who built our game.”

Bob Moreno, a long-time racing official in Southern California, said of his uncle, “Nobody loved racing at Santa Anita more than Henry, believe me.”