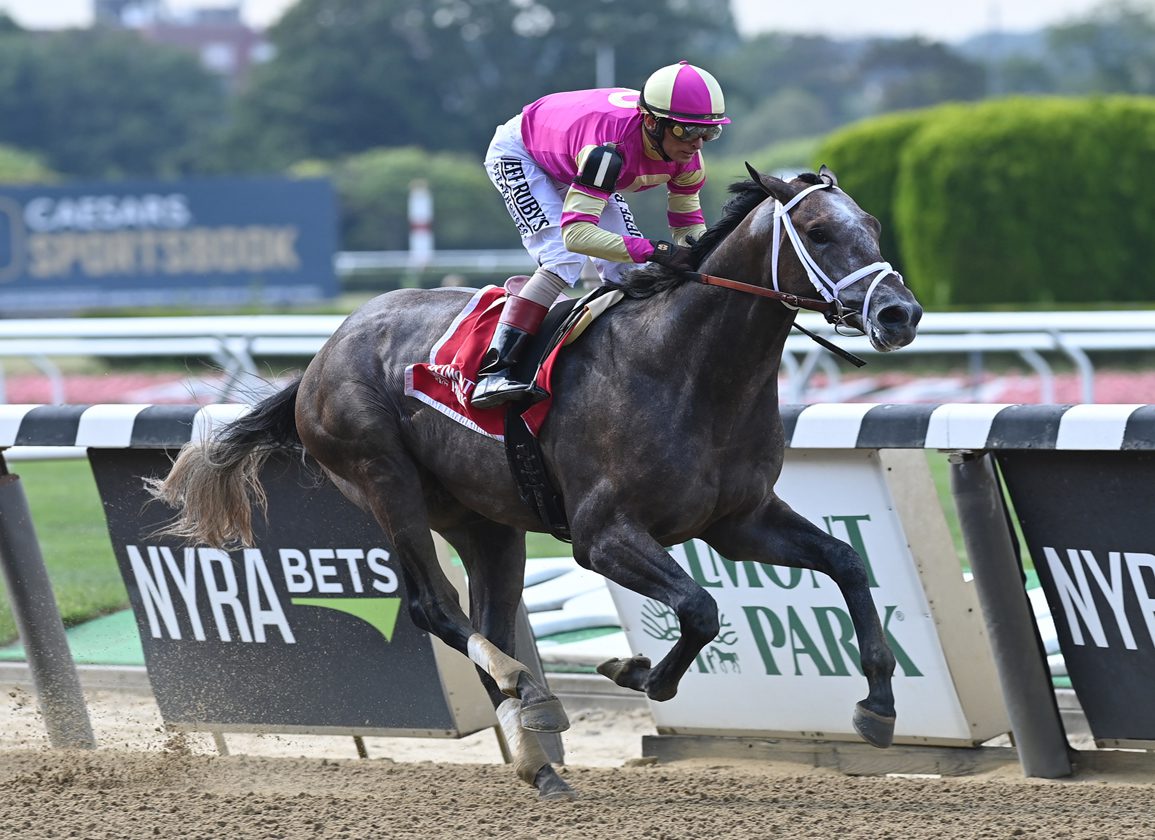 A host of probable starters for the GI Runhappy Travers S. at Saratoga recorded works at the Spa Saturday as they each turn their attention to the 1 1/4-mile historic test for sophomores Aug. 27.

“Super work. Loved the way he did it, moving great and galloped out really strongly on a track that's not real fast,” said Pletcher.

“I don't think he's going to win by 23,” said Pletcher, with a laugh. “[But] I think he's very confident and he's doing well. Mentally, he's made big strides, so he's a horse that I think has continued to develop and get better and better. This morning's work was another indication of that.”

Also on the tab for Pletcher was GI Alabama S. probable Nest (Curlin), who Pletcher had considered for the Travers but ultimately said the Alabama Aug. 20 is the more likely target. The dual Grade I winner and GI Belmont S. runner-up breezed a half-mile in :50.60 (71/86) in company with Saratoga debut maiden winner Up to the Mark (Not This Time) (:50.02; 53/86).

“I thought she did very well. [She] went a little bit easy the first part and picked it up at the finish and galloped out really well,” said Pletcher. “She seems to be holding her form. We did talk about it [the Travers], but we just felt like as long as she was ready to run back in the Alabama, a mile and a quarter was perfect for her. We felt like it was too good of a spot to pass up.”

“It went great. They all worked good. Zandon went first and he went a half of a mile in :49 and change, out in 1:01 and change. He looked really good,” Brown said. “Early Voting went a half of a mile outside of Accretive, who will run in the H. Allen Jerkens. They went excellent. I thought Early Voting was really moving over the track today. He is very much in consideration for the Travers after this work today.”

Brown also breezed GISW and Haskell third 'TDN Rising Star' Jack Christopher (Munnings) five-eighths in 1:00.80 (3/27) in company to the outside of allowance-winning 3-year-old colt Key Point (Into Mischief). He is targeting the seven-furlong GI H. Allen Jerkens Memorial on the Runhappy Travers undercard.

“Jack Christopher really picked it up this week. I was very pleased with that because he worked a little slow last week with some traffic and stuff,” Brown said. “That kind of got botched a little bit. So, he needed to do a stronger piece of work today and I thought we went super.”

The Iowa-bred Travers hopeful Ain't Life Grand (Not This Time) had his first work on Saturday over the Saratoga main track since arriving from Prairie Meadows. The Iowa Derby winner coasted through a half-mile in :48.23 (13/86).

“He's settled in and doing really good. He worked good this morning, so, so far so good,” said trainer Kelly Von Hemel. “I'm not there, but everybody that was there was happy with the work. It was a solid time and everything was good.”