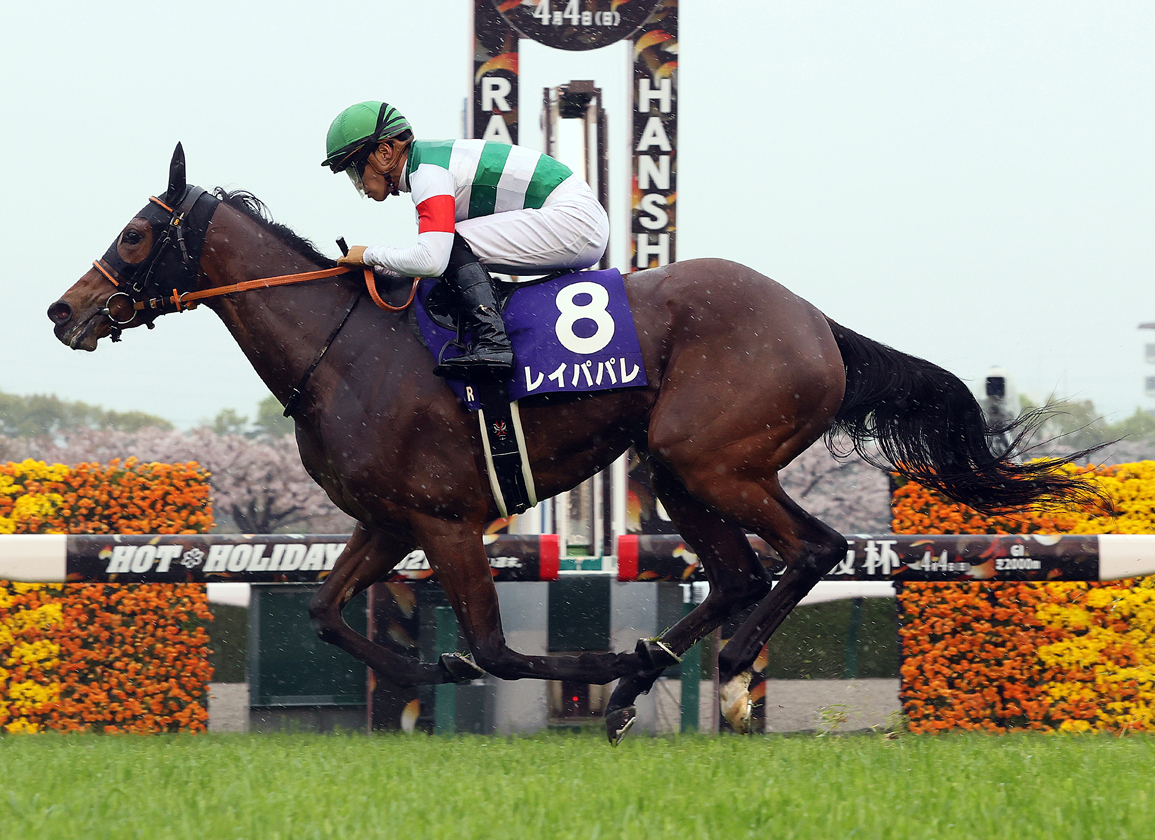 Contested in miserable conditions and in testing ground, Lei Papale made the lead beneath Yuga Kawada and had plenty left late to cause an 11-1 upset (see below). She has one run since, a third to the G1 Prix de l'Arc de Triomphe-bound Chrono Genesis (Jpn) (Bago {Fr}) in the G1 Takarazuka Kinen over 2200 metres June 27.

Lei Papale has gate 12 in a field of 16 for the G2 Sankei Sho All Comers S. at Nakayama and is drawn just to the outside of G1 Longines Hong Kong Vase hero Glory Vase (Jpn) (Deep Impact {Jpn}) in the 11-furlong test.

Campaigned in the colours of Sunday Racing Co. Ltd., Shahryar makes his return to action in Sunday's age-restricted G2 Kobe Shimbun Hai (2200mT) at Chukyo. A maiden winner in a single juvenile appearance at Kyoto last October, the dark bay was third to future G1 Satsuki Sho (Japanese 2000 Guineas) hero Efforia (Jpn) (Epiphaneia {Jpn}) at Group 3 level in February, took out the G3 Mainichi Hai the following month and became the second foal from Dubai Majesty (Essence of Dubai) to win the Japanese Derby, just nosing out Efforia in the Tokyo centrepiece when last seen May 30 (video). Shahryar's full-brother Al Ain (Jpn) was victorious in the 2017 Derby.

Shahryar breaks from the widest alley in a field of 10 in a field that also includes Stella Veloce (Jpn) (Bago {Fr}), a Group 3-winning juvenile who was third in both the 2000 Guineas and Derby.

Top-level racing returns to Japan a week from Sunday with the running of the G1 Sprinters' S. (1200mT) at Nakayama. The JRA tracks stage one Group 1 event on all but two weekends between now and the end of the year, highlighted by the US$5.8-million Longines Japan Cup at Tokyo Nov. 28.

WATCH: Shahryar gets up in time in this year's Japanese Derby