Home » Archive » Shared News » Having Revived Her Career, Sutherland Has Momentum at Gulfstream

Having Revived Her Career, Sutherland Has Momentum at Gulfstream 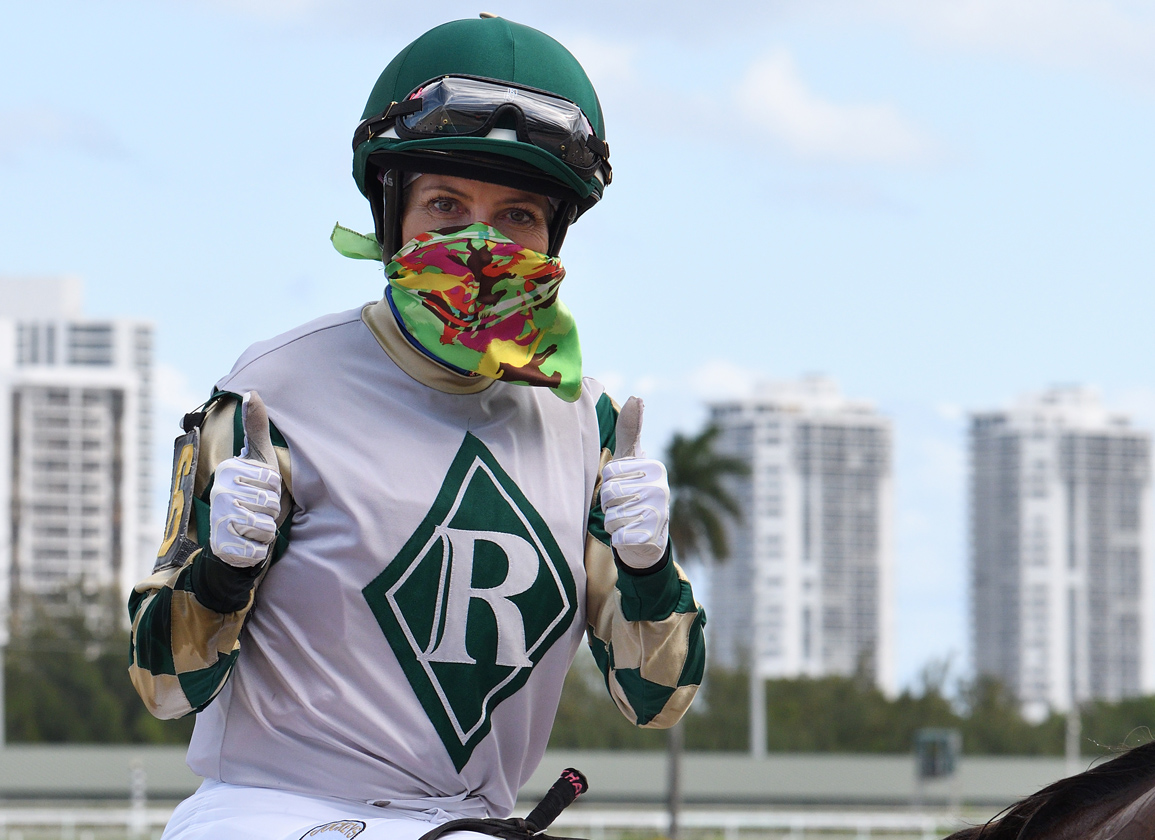 Around this time last year, Chantal Sutherland was riding in Kentucky, struggling to get mounts and to win races and she was miserable. She won just 11 races in 2020, the worst year of her career. Worse yet, she didn't have a lot of answers.

“I was just not in a good place,” she said. “I was really struggling there. I couldn't believe how no one would give me a shot. I thought, 'what is my next move, what is going to happen?' I prayed about it. I thought 'is it time to do something else?'”

The one thing she did know is that she had to move on and try some place else. A year later and after a move to Gulfstream, Sutherland, 45, is in the midst of a remarkable comeback. With 29 wins, she finished second in the Gulfstream standings at the recently concluded meet and will head into Friday's opener of the Championship Meet confident that she can hold her own against a colony that will include many of the sport's top riders.

“I can't even tell you how grateful and happy I am for this opportunity,” she said. “That's why I am taking every single minute to be my best, do my best and be there for the people who support me. I am just so grateful.”

She came back in 2016, but had a hard time establishing any momentum. The decision to try Kentucky only made things worse.

“I felt that in Kentucky they were not giving me a fair shot,” she said. “I'm not exactly sure why, but I think that it is still an 'old boy's club' there.”

After sitting out the first few months of 2020, she began riding at Gulfstream in April and detected early on that things would be different. Soon, she was riding three, four horses a day, something she might not have done in Kentucky in a week's time.

“I'm more comfortable and happy here,” she said. “You have a lot of Latin American trainers, Jamaican trainers, Bajans, Americans. It is a melting pot here so there's not as much discrimination against a minority who is a woman. Everyone seems to be more open here and I have an amazing agent in Jay Rushing.”

Part of Sutherland's problem has always been that she didn't seem that focused on her riding career. An aspiring model, she had a four-page spread in Vogue magazine and, in 2004, appeared in a TV commercial for Esquire watches. As well, she was chosen one of People magazine's “100 Most Beautiful People.” She was one of the jockeys featured on the reality TV show Jockeys on Animal Planet and appeared in five episodes of the HBO series “Luck.”

That's all part of her past. She is not in a relationship and has no outside projects.

“I'm able to be really focused on myself for once in my life,” she said. “I'm not in any kind of relationship. I can focus on myself, the horses and the trainers I ride for and being completely motivated to be the best. Whoever supports me and makes me part of their team, I will give 150% so that I win for my team. The hard work is paying off. This is my passion. I love horse racing. It is everything to me and it makes me happy. It's a great time in my life. I get to focus on myself only and my career. I wish I would have done that when I was younger.”

For Sutherland, it's about to get a lot tougher as there's an influx of top jockeys that come to Gulfstream for the Championship Meet. She looks forward to the challenge.

It begins again Friday and she is named on six horses. She's looking forward to it.