Has Stoute Found The Dewhurst Remedy? 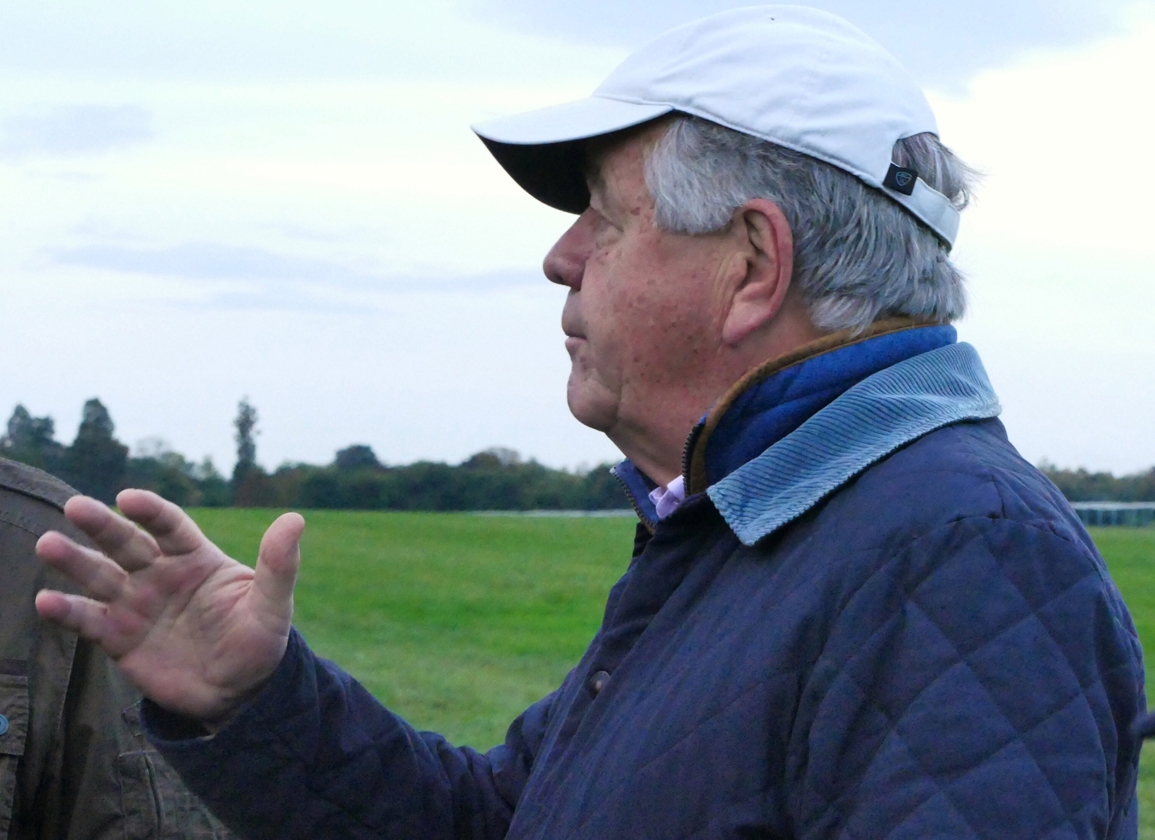 In a year of years for Newmarket, Sir Michael Stoute has enjoyed a fair chunk of the town's success and heads to Saturday's feature G1 Darley Dewhurst S. with as exciting a 2-year-old as he has possessed in some time. Juddmonte's 'TDN Rising Star' Nostrum (GB) (Kingman {GB}) enjoyed the perfect Rowley Mile warm-up when taking the G3 Tattersalls S. over this seven-furlong trip Sept. 22 and the descendant of the 1980 Champion S. heroine Cairn Rouge (Ire) surely has significant days ahead of him. Described as “immature and babyish” by his trainer after his latest outing, the homebred will need to man up in this company.

At the end of another week that further signified the growing stature of Frankel (GB) in his second career, his son Chaldean (GB) looks to put the icing on the cake down the road from the Tattersalls venue he dominated. His strong performances in the G3 Acomb S. at York Aug. 17 and G2 Champagne S. at Doncaster Sept. 11 set the form standard and his uncomplicated running style will help his cause as he tackles undulations for the first time.

Juddmonte's racing manager Barry Mahon said, “We have a very strong hand, it is very good of the Abdullah family to run the pair of them. I think Chaldean has that more experience and may be more streetwise, while Nostrum has shown huge ability in two starts but does lack experience and is jumping into such a race. Chaldean improved a huge amount from York to Doncaster and Andrew feels he has improved again. Nostrum is a classy horse, a big scopey horse. He's a monster of a horse and next year is definitely going to be his year. So whether he is mature enough physically and mentally for a test like this on Saturday we're not sure, but the experience will stand him in good stead for when he starts off in a Guineas trial next year.”

It may or may not be significant that Aidan O'Brien relies solely on 'Rising Star' Aesop's Fables (Ire) (No Nay Never), who looked special when winning the G2 Futurity S. over this trip at The Curragh Aug. 20 and a non-stayer on testing ground when fading to fourth in the G1 Vincent O'Brien National S. Sept. 11. He is bound to be held up this time and any stamina deficiencies will be exploited by Chaldean and Godolphin's unbeaten July 23 Listed Pat Eddery S. and Sept. 3 Listed Ascendant S. scorer Naval Power (GB) (Teofilo {Ire}), who currently holds the bragging rights among Charlie Appleby's juveniles.

Robert Sangster recorded five successes in this between 1976 and 1983, with the likes of The Minstrel, Storm Bird and El Gran Senor on the honour roll, but the last time the famous silks were sported in the race was on the Ballydoyle-trained Troubadour (Ire) (Danehill) who was fifth in 2003. It will be quite some sight to see them carried again in a contest so linked to the magnate's success story by the Brian Meehan-trained G2 Superlative S. winner Isaac Shelby (GB) (Night Of Thunder {Ire}). While the form of that July 9 contest needs improving on, the unbeaten colt who represents Manton Thoroughbreds VII is lightly raced and still exciting.

“A bit of time off has done him well,” Meehan said. “He was never a horse I wanted to over-race this year anyway and this race was always the plan.”

Saturday begins with a contrast, as Chantilly hosts the G2 Criterium de Maisons-Laffitte for the fast juveniles, with Middleham Park Racing bidding to extend their French success with the highly impressive course-and-distance G3 Prix Eclipse winner Eddie's Boy (GB) (Havana Grey {GB}), while Newmarket's “Future Champions” fixture begins with the 10-furlong stamina test of the G3 Zetland S. In the latter, Godolphin's 'TDN Rising Star' Flying Honours (GB) (Sea The Stars {Ire}) looks to put a deflating defeat in the G2 Royal Lodge S. behind him much as the fellow Charlie Appleby-trained Coroebus (Ire) (Dubawi {Ire}) did 12 months ago in the G3 Autumn S. on this card. That Emirates-sponsored contest features another 'Rising Star'in George Strawbridge's Epictetus (Ire) (Kingman {GB}), who had Flying Honours back in fourth on his sole start in a hot July Festival maiden.

At The Curragh, the G3 Staffordstown Stud S. sees one of Ballydoyle's 2023 Oaks candidates Be Happy  (Ire) (Camelot {GB}) bid to build on the obvious promise of her debut win at Cork Sept. 7 from the subsequent winners Foniska (Ire) (Galileo {Ire}) and Speirling Beag (Ire) (Mastercraftsman {Ire}). The latter re-opposes as one of two Jim Bolger trainees alongside Clever And Cool (Ire) (Vocalised), who was fourth in the seven-furlong G3 Weld Park S. here Sept. 25 which has been boosted by the runner-up Gan Teorainn (Ire) (Saxon Warrior {Jpn}) last Sunday.