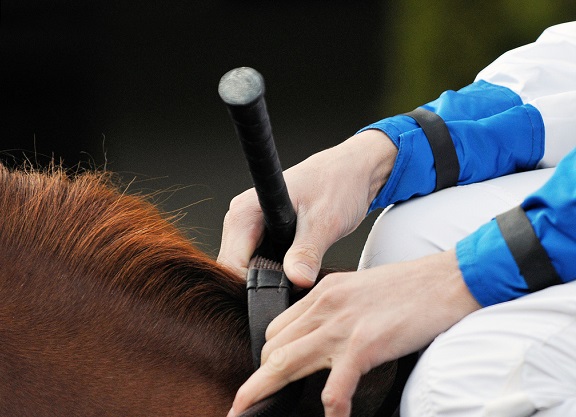 North American horseplayers made no significant changes to their betting habits this fall at Woodbine after that track put in place an experiment that severely limited the use of the whip. In fact, when measuring betting in terms of average amount wagered per race, handle went up 6.5 percent after the new rules were instituted.

Woodbine's experiment, which began Oct. 18, allowed for only underhanded use of the whip and prohibited jockeys from reaching back and striking horses from the cocked position. With racing commissions and racetracks in several states ready to issue rules of their own in 2020 that will curb whip use, the Woodbine experiment serves as a template so far as how well racing will operate if jockeys are forced to cut out or cut back on the use of the whip. And based on the handle numbers that came out of Woodbine when the meet ended Sunday, one thing racetracks need not worry about is that horseplayers will abandon their product if whips are only allowed for safety reasons or jockeys can only hit underhanded.

A California Horse Racing Board rule allowing for only underhanded use of the whip has cleared the first stages. It is more restrictive than the Woodbine rule in that jockeys can only hit a horse six times during a race and no more than twice in succession. The amount of times a jockey could hit a horse at Woodbine was unlimited.

Due to cancellations, field size and the number of races held per day, a precise comparison between 2018 and 2019 betting figures is difficult to make, but most metrics show that changes to the whipping rules did little, if anything, to change the habits of the bettors.

Not including days when the card was cancelled midway through due to weather issues, there were 32 racing programs held during the period when the experiment was in place and the total handle for those cards was $119,694,593 for an average of $3,740,456.

The new whipping rules also showed no signs of creating less formful racing. According to stats provided by Equibase, the percentage of winning favorites from the time the experiment was implemented through the end of the meet was 37.5%. It was 34.6% under the old set of rules.

While jockeys continue to argue that limiting their use of the whip will cause safety issues there did not appear to be any serious incidents during the races that may have resulted from the experimental whip rules.

“All in all, it went OK from as riders' standpoint,” said Jockeys' Benefit Association of Canada Executive Director Irwin Driedger. “Do they like it? No. But it went OK.”

The whipping rules have yet to be finalized for the 2020 meet at Woodbine and permanent changes can only be instituted by the Alcohol and Gaming Commission of Ontario (AGCO), which will receive feedback from track management. It is widely expected that the AGCO will change the regulations to make the experimental rules permanent.