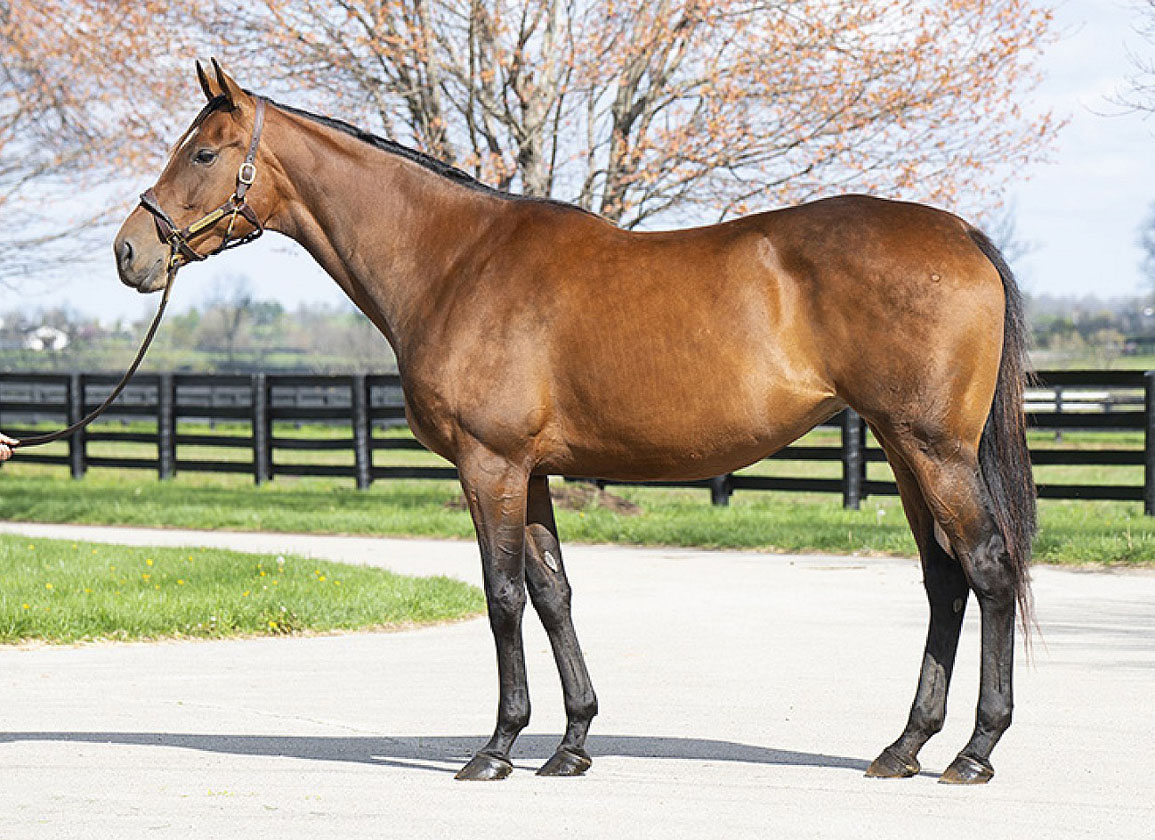 Broodmare Wrong Color (Gemologist) topped the Fasig-Tipton April Digital Select Sale, which closed Tuesday. Consigned by Taylor Made Sales Agency, Agent II as hip 4, the stakes-placed earner of $122,838 was picked up by Anglo Saxon Bloodstock for $400,000. Having produced a War Front colt this term who was not part of the offering, the 6-year-old was sold on a Mar. 22 Caravaggio cover.

The mare's stock has risen of late as her 3-year-old half-brother Jean Gros (More Than Ready) capped a three-race win streak in the Apr. 9 G2 New Zealand Trophy in Japan. He is expected to next contest the G1 NHK Mile Cup. Bred and campaigned by Blackstone Farm, Wrong Color is also a half to MGSW millionaire Tom's Ready (More Than Ready).

“Timing is everything. We had the right horse to sell–a filly by a hot sire, just won a stake, good looking and with clean vetting. All too often this update is lost waiting for a sale,” said Jason Litt, who was one of the partners in Power Surge. “The Fasig-Tipton Digital auction platform gave us exposure to the top buyers from around the world and our filly didn't miss any training and got to sleep in her own stall. I would encourage anyone with the right horse to sell on the platform.”

Siegel said, “The digital format was seamless and easy to use, and the bidding process was exciting!”

“We were very pleased with the April Digital Sale,” said Leif Aaron, Fasig-Tipton Director of Digital Sales. “We are continuing to grow and seeing new clientele. It was great to see the spirited bidding in California and we are happy for both Samantha Siegel and the partners in Power Surge.”

Would-be topper Philanthropic (Malibu Moon) was a $590,000 RNA. Offered with her Not This Time filly foal at her side, the stakes-placed 6-year-old from the immediate family of Curlin was offered back in foal to another in-demand young stallion in Constitution. Philanthropic was consigned by Bedouin Bloodstock as hip 12.

The next Fasig-Tipton digital sale, a dispersal of the late Glen Todd's Thoroughbred holdings, will open Wednesday, Apr. 27 and conclude May 3.