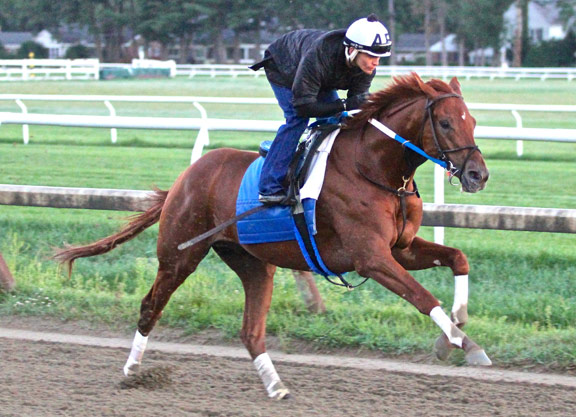 Hitting the track just a few minutes past 6:00 a.m. with Abel Flores in the irons, the chestnut was led onto the track by assistant trainer Scott Blasi aboard his white pony before being cut loose to work on his own.

“I thought he worked well,” trainer Steve Asmussen said while standing along the rail just after the work. “He has always been a very impressive mover on the racetrack and he is coming into the Travers in great shape. I think the draw will be very important. Obviously they are expecting a full field and I’ll be very anxious to see who is where.”

“I think Creator has trained very well since the [GII] Jim Dandy [S. July 30, where he finished sixth], but it is a full field of talented 3-year-olds, so how the race shapes up will be very important,” remarked the conditioner, who is looking for his first Travers victory Saturday.