Gun Runner Filly Tabbed a 'Rising Star' at the Spa 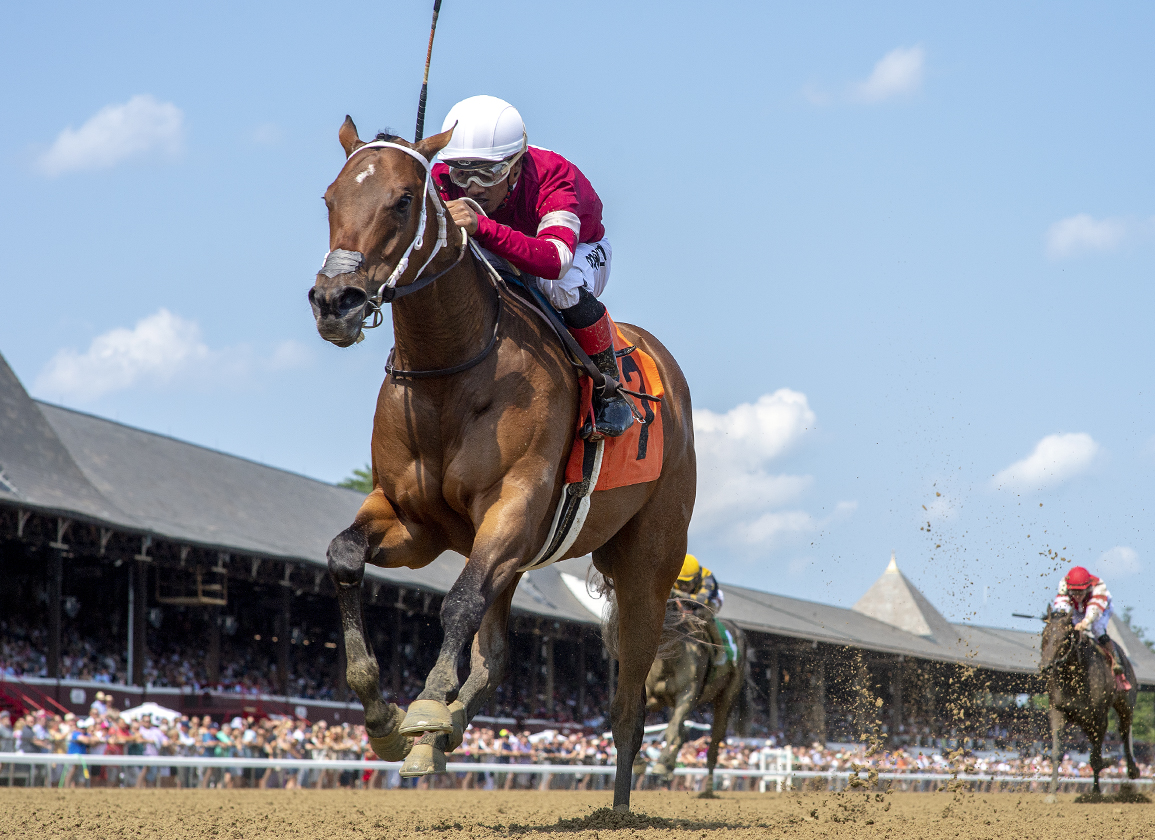 The 4-1 chance tracked 3-2 favorite Lady Scarlet (Union Rags), a debut runner-up at Churchill June 4, from second through an opening quarter in :22:07. Echo Zulu, a $300,000 KEESEP yearling purchase, cruised up to challenge for command approaching the quarter pole under confident handling by Ricardo Santana, Jr., and took off impressively from there to graduate by 5 1/2 expanding lengths.

The final time for 5 1/2 furlongs was 1:04.69. Microbiome (Twirling Candy) won the earlier division of this race also in impressive fashion on debut, stopping the timer in 1:05.60 for the same distance.

This is the eighth winner and first 'Rising Star' for freshman sire Gun Runner (Candy Ride {Arg}). Echo Zulu is a half-sister to another 'Rising Star' in J Boys Echo (Mineshaft), GSW, $377,543; and Unbridled Outlaw (Unbridled's Song), GSP, $253,478. Letgomyecho had a filly by American Pharoah in 2020.

Asmussen, of course, trained both Horse of the Year Gun Runner as well as the aforementioned Echo Town.

“Opening day at Saratoga and that was a very impressive group of 2-year-old fillies assembled,” Asmussen said on the FS2 broadcast in the winner's circle. “For her to show her class and being from the first crop of Gun Runner, and the success they've already had–that's his eighth maiden special winner–and her also being a half-sister to Echo Town, who won the [GI Allen] Jerkens here for us last year, sky's the limit for the filly.”