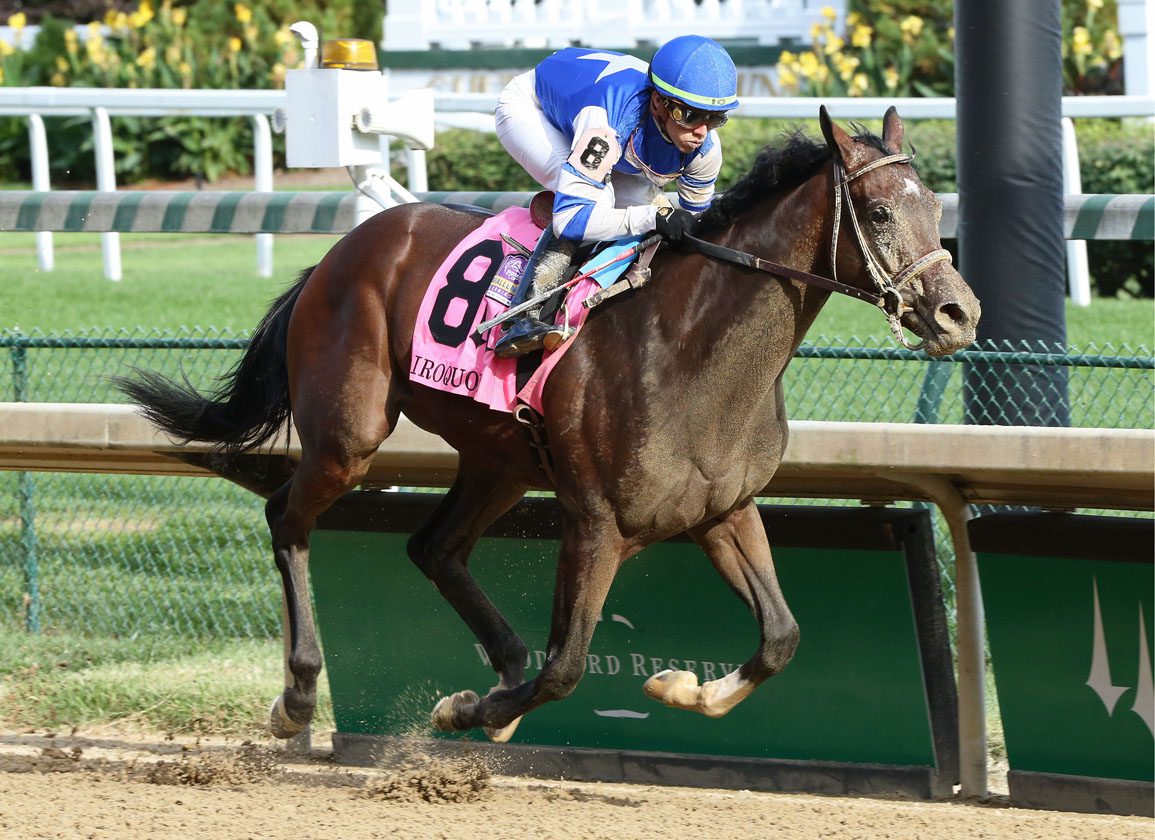 Dennis' Moment in the Iroquois | Coady

Graded stakes winner and 'TDN Rising Star' Dennis' Moment (Tiznow–Transplendid, by Elusive Quality) has been retired from racing and will stand the upcoming season at Leadem Farm near Leola, Arkansas. Owned by a syndicate led by Glen Hill Farm and brokered by Jay Goodwin, Dennis' Moment will stand for $2,500.

Bred by Tolo Thoroughbreds in Kentucky, the now-5-year-old was a $400,000 yearling purchase by Albaugh Family Racing at the 2018 Fasig-Tipton Saratoga sale. Debuting at Churchill Downs in June at two, the Dale Romans trainee clipped heels and unseated his rider, then reappeared a month later to blow the doors off the competition by 19 1/4 lengths at Ellis Park, resulting in his 'Rising Star' moniker. Dennis' Moment quickly added the GIII Iroquois S. at Churchill and was sent to the 2019 GI Breeders' Cup Juvenile as the odds-on favorite, only to stumble badly out of the gate and lose all chance. He was raced sparingly the next three seasons, winning an optional allowance at Keeneland at four prior to placing in the GIII Mr. Prospector S. at Gulfstream. Dennis' Moment retires with a record of 14-3-2-3 and earnings of $302,962.

Hailing from the family of French, U.S., and Japanese Grade I/Group 1 winner Golden Pheasant (Caro {Ire}), Dennis' Moment is out a granddaughter of MGSW Seewillo (Pleasant Colony). His own dam, Transplendid, sold for $1.4 million at the 2019 Fasig-Tipton November sale.