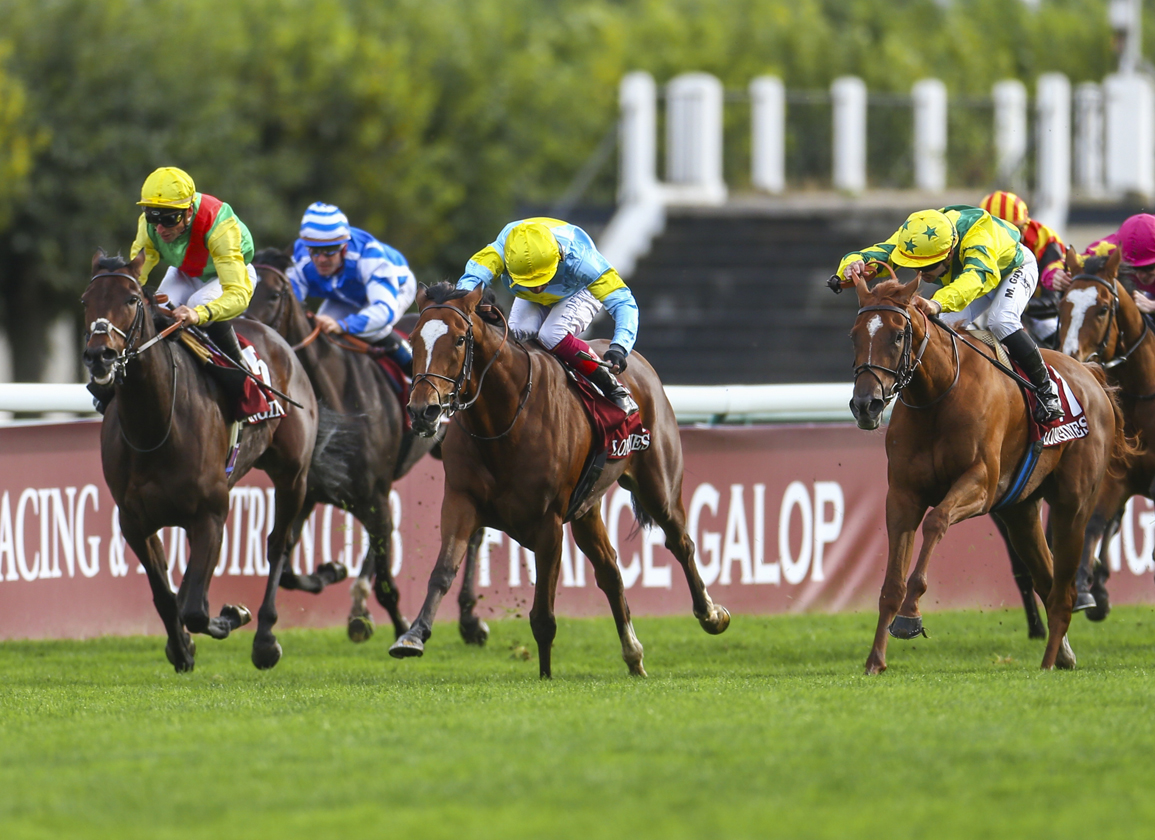 Haras de la Gousserie's G1 Prix de l'Opera winner Rougir (Fr) (Territories {Ire}) is one of three wild cards to have been added to Arqana's Breeding Stock Sale in December, along with Eudaimonia (Fr) (Vision d'Etat {Fr}), who was third in the same race.

Winner of the G3 Prix des Reservoirs and placed in the G1 Prix Marcel Boussac at two, Rougir progressed this season to take fifth in the G1 Prix de Diane, finishing just a length and a half behind the winner Joan Of Arc (Ire). She was then just half a length off the same filly when finishing fourth in the G1 Prix de Rothschild in August before claiming her own top-level spoils in Paris on Arc weekend.

Out of the Elusive City mare Summer Moon (Fr), Rougir was a €55,000 graduate of Arqana's August Yearling Sale and will be offered in December though Sumbe as lot 160.

Joining her in Deauville is her erstwhile Prix de l'Opera rival, the third-placed Eudaimonia, who was subsequently runner-up in the G2 Premio Lydia Tesio last weekend. The 6-year-old is the winner of five races and was also placed in last season's G2 Prix du Conseil de Paris for trainer Edouard Monfort and owners Rebecca Philipps and John Hammond.

Eudaimonia, who is catalogued as lot 200, is the third of the wildcards to sell on the opening day of the sale and will be preceded by Persona Grata (GB) (Sir Percy {GB}) as lot 170. The 10-year-old broodmare was bred by Kirsten Rausing and was a dual listed winner in France before being sold to Eric Puerari, whose Haras des Capucines is consigning the mare in foal to Night Of Thunder (Ire).

Persona Grata's first foal, the 3-year-old Lovely Esteem (Fr) (Siyouni {Fr}), is a winner and Group 2-placed in Ireland, and the pedigree has also received a boost from afar as Persona Grata's half-sister Kesara (GB) (Sadler's Wells) is the dam of Zaaki (GB) (Leroidesanimaux {Brz}), a multiple Group 1 winner in Australia this year.