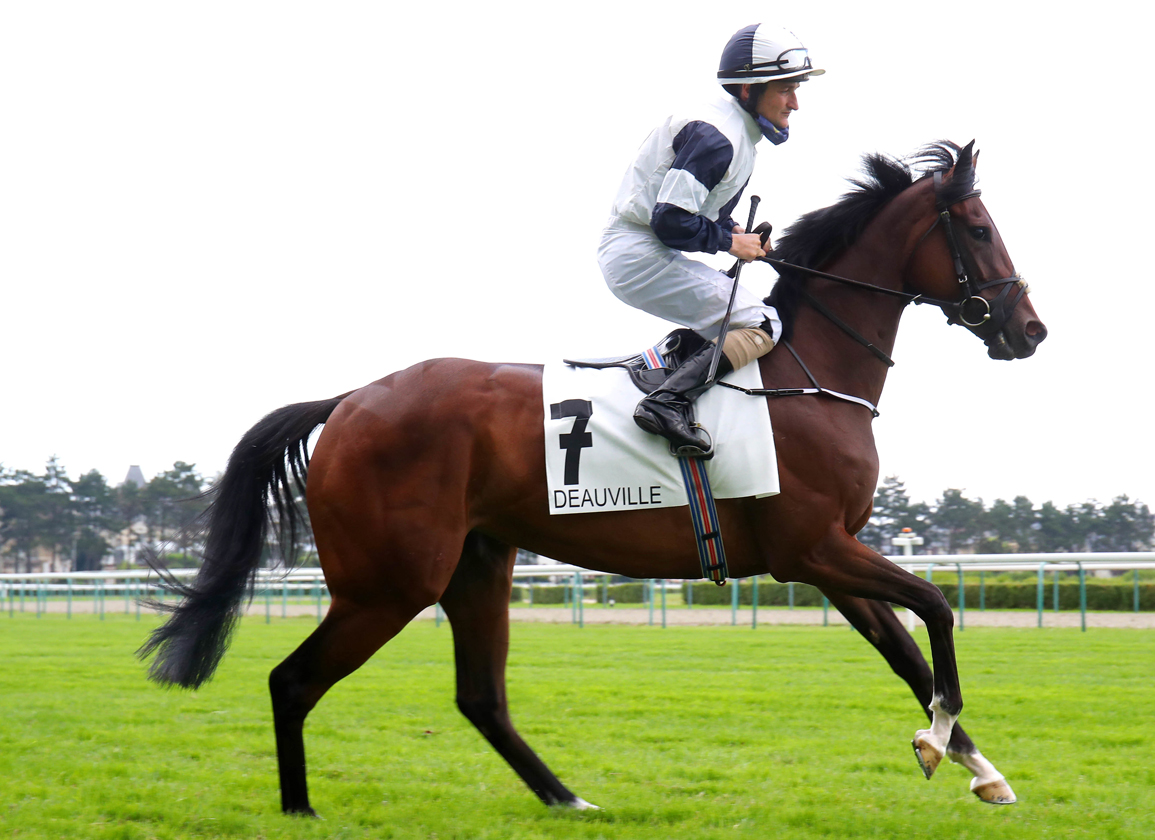 Group 1 winner No Speak Alexander (Ire) (Shalaa {Ire}–Rapacity Alexander {Ire}, by Dandy Man {Ire}) has been retired from racing and will begin broodmare duties from 2022, trainer Jessica Harrington announced via Twitter on Wednesday.

Bred by Noel O'Callaghan's Mountarmstrong Stud, the €190,000 Goffs Orby RNA yearling raced for Charles, Noel and Paul O'Callaghan. She won at second asking at Roscommon last July and ran fourth in the G2 Prix du Calvados in August of 2020 before taking second in a listed race at Leopardstown that September. The bay ended her juvenile season with another fourth, this time in the G3 Weld Park S.

No Speak Alexander kicked off this season with a win in the G3 Athasi S. at The Curragh in May before running third in the G1 Irish 1000 Guineas. Unplaced in the G1 Prix Rothschild, she ecked out a neck victory in the G1 Matron S. at Leopardstown on Sept. 11 and ended her career with a sixth in the G1 Kingdom of Bahrain Sun Chariot S. at Newmarket on Oct. 2. The daughter of listed winner Rapacity Alexander retires with a mark of 10-3-1-1 and $347,921 in earnings.

“No Speak Alexander headed off to her retirement yesterday,” Harrington tweeted. “She won three of 10 including [the] G1 Coolmore Matron S. at Leopardstown on Irish Champions Weekend and also [was] a brilliant third in the G1 Tattersalls Irish 1000 Guineas. Best of luck for the future, we look forward to your progeny.”

Her dam is a full-sister to Hong Kong champion Peniaphobia (Ire) (Dandy Man {Ire}), as well as a half to the GI Molecomb S. third Safari Sunset (Ire) (Fayruz {GB}).