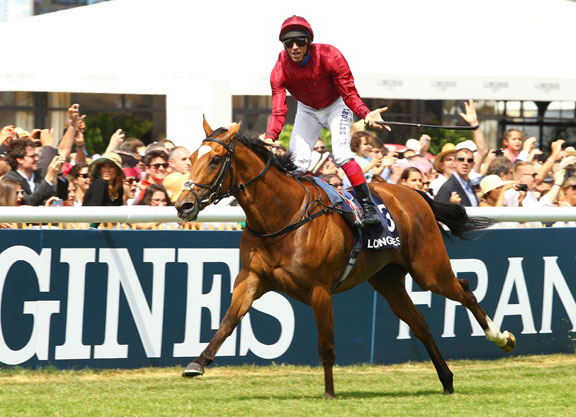 Star Of Seville, out of Stage Presence | Scoop Dyga

Bred by Lodge Park Stud in Ireland, the eventual dual winner first sold for €40,000 at the 1999 Goffs Orby Yearling Sale, and she raced in the colors of Robert Sangster for trainer Barry Hills. Sold again for 49,000gns during the Tattersalls December Mares Sale in 2004, she went to Horse France. In foal to Danehill Dancer (Ire), the half-sister to Group 3 winner Rum Charger (Ire) (Spectrum {Ire}) was purchased by Hugo Lascelles Bloodstock for 475,000 guineas at Tattersalls three years later and her remaining progeny were all bred by Lady Bamford.

Daylesford Stud Manager Charlie Brewer told Racing Post, “She was a fabulous mare and a real character. She'll be greatly missed on the stud, everyone loved her.”