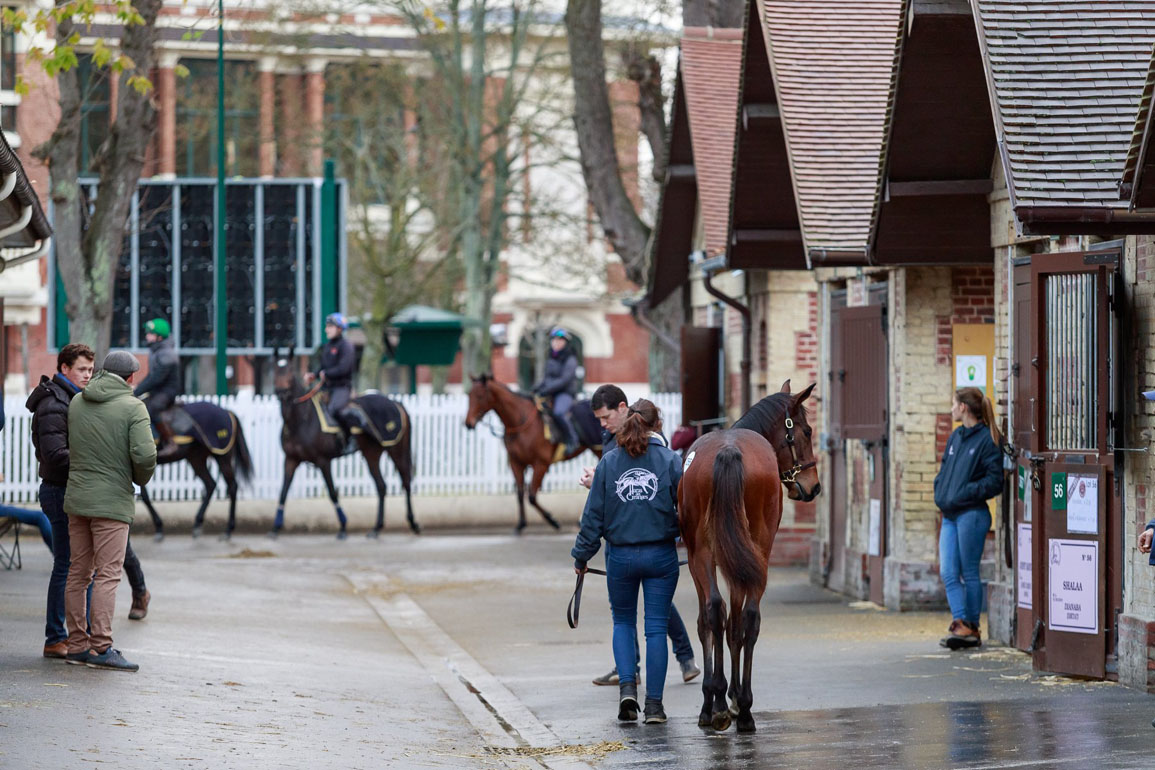 DEAUVILLE, France-the sales caravan has rolled into its final stop of the season, the European bloodstock community having made its annual descent upon Deauville, France over the past two days for the Arqana December Breeding Stock Sale. With an expected deluge of rain remaining at bay through the first part of Friday, the usual suspects from across Europe and further afield were out of full force inspecting the cross section of fillies, broodmares and foals that will take their turns in the ring beginning at 10 a.m. on Saturday.

“People seem very happy with the horses we have here,” said Arqana's Executive Director Freddy Powell. “It's always a good sign when agents that have been here for the last couple of days tell you that their clients, that were not supposed to come, are coming because of the shortlists that they're sending. So it's all positive.”

Arqana December has gone from strength to strength over the past decade, with last year's edition staged in the midst of the pre-vaccine pandemic one of a few exceptions to its straight upward trajectory. Last year's sale still nonetheless returned satisfactory results in the circumstances, and with the quality of the catalogue assembled it is guaranteed there will be more than few fierce bidding battles over the weekend.

“The market has been very strong at Fasig-Tipton and Keeneland, and in Newmarket and Goffs as well,” said Powell. “Hopefully we'll be able to be on the same lines. There is a great demand for horses, at the top level in particular. Maybe the economy of the past two years has caused people to put some nice stock on the market, and nice stock is rare, so if you can get it in your sale it's quite good.”

“We have some great race fillies here and it's very satisfying to see the likes of Rougir and Grand Glory, who were traveling not long ago; Grand Glory only came back two days ago from Japan and she looks great,” Powell said. “There are a few different marketplaces in the world where those fillies would have also done well, but I think vendors do understand that there are places that make sense to sell these fillies.”

Arqana has likewise built up momentum at its December Sale in successfully selling German fillies, and as such there is another strong presence in this year's catalogue from that nation.

“We're quite present in Germany; [Arqana's Head Of Bloodstock] Ludovic Cornuel spends a lot of time there and we've done very well with horses in training in particular for German clients,” said Powell.

The Arqana December Breeding Stock Sale's select session begins on Saturday at 10 a.m. The action also kicks off at 10 a.m. on Sunday, and at 11 a.m. on Monday and Tuesday.