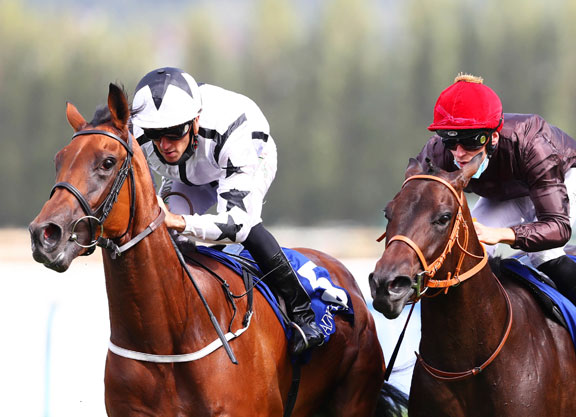 Progressive 2-year-old filly Fev Rover (Ire) (Gutaifan {Ire}) will be seen next in Group 1 company in either the Fillies' Mile at Newmarket on Oct. 9 or the Prix Marcel Boussac at ParisLongchamp on Oct. 4.

“She'll either run in the Fillies' Mile or the Prix Marcel Boussac, I'm not quite sure which yet,” Bradley said. “She'll be kept in both races, and a decision will be made pretty late, probably the first couple of days in October. Going-wise, she wants good ground–it's just a case of choosing the best race for her. In terms of opposition, she's in great form, so we'll just let them have a go.”