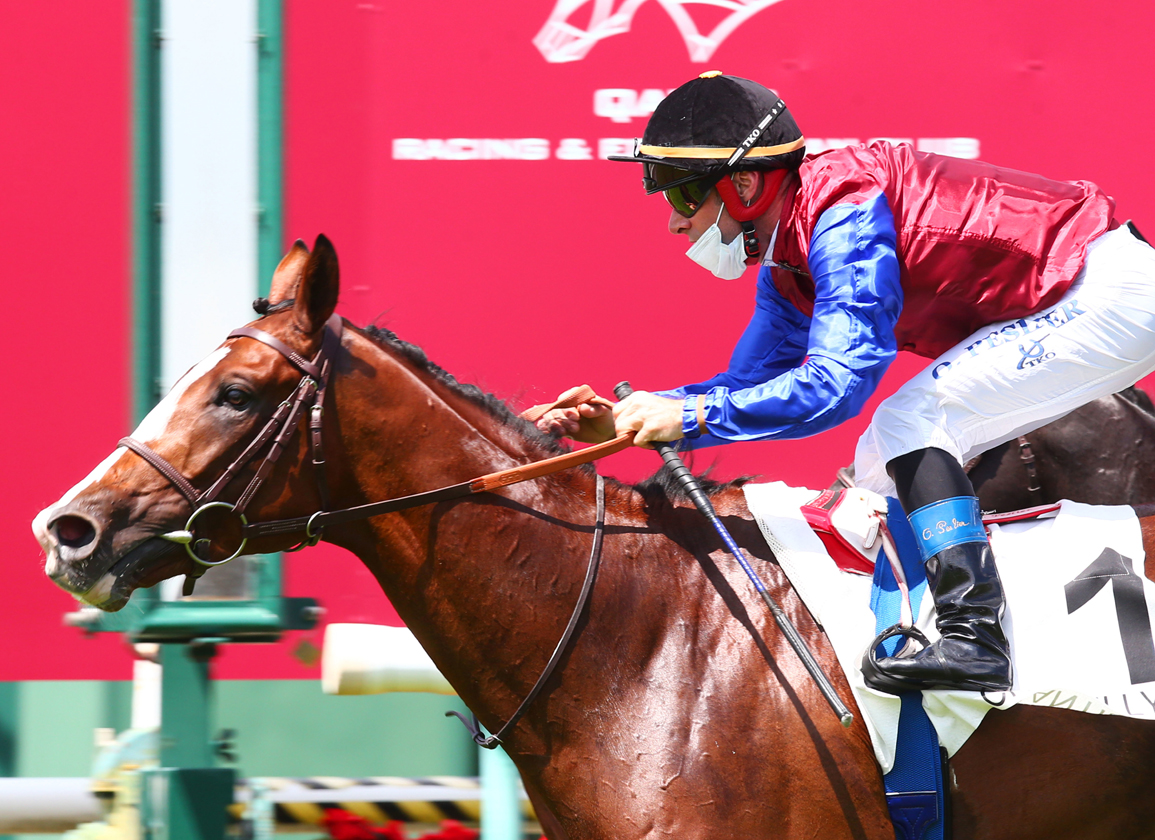 France and Germany share the limelight on Sunday, with the G1 Grand Prix de Saint-Cloud and G1 Deutsches Derby over a mile and a half the twin focus. In the cast assembled for the former event, Gestut Schlenderhan's In Swoop (Ire) (Adlerflug {Ger}) takes prominence a year on from his victory in the latter. After his success in the Hamburg Classic, the Francis-Henri Graffard trainee proved himself on the international stage by finishing runner-up in the G1 Grand Prix de Paris and G1 Prix de l'Arc de Triomphe. Returning to ParisLongchamp this term, he took the May 13 G3 Prix d'Hedouville before adding the June 6 G2 Grand Prix de Chantilly to his tally and will be a tough nut to crack.

Ireland hold a strong hand, with Ballydoyle's Broome (Ire) (Australia {GB}) and the Joseph O'Brien-trained Baron Samedi (GB) (Harbour Watch {Ire}) worthy challengers to the home brigade. The former met his match in the filly Wonderful Tonight (Fr) (Le Havre {Ire}) in the June 19 G2 Hardwicke S. at Royal Ascot and continues to knock on the Group 1 door, while Baron Samedi gives the impression he is ready to burst it open at the first attempt. Unbeaten in his last seven starts, he denied the subsequent G1 Prix Ganay hero Mare Australis (Ire) (Australia {GB}) in ParisLongchamp's G2 Prix du Conseil de Paris in October, defied a subsequent penalty to win the 14-furlong G3 Vintage Crop S. at Navan Apr. 25 and followed up in the two-mile GII Belmont Gold Cup June 4.

“Baron Samedi has been an absolute star for us. He surprised everyone when progressing from basement-level handicaps into a group 2 winner last season and he has improved again this season,” Joseph O'Brien said. “We took a chance in sending him to America for the Belmont Gold Cup last time, but he rewarded us by running out the easy winner. This race is a totally different test altogether, as it is back at a mile-and-a-half against world-class opposition. It is a big ask of him, but we want to find out whether he belongs in this sort of company or is best kept in staying races.”

The Aga Khan's filly Ebaiyra (Distorted Humor) has proven up to a tilt at this level this term when beating last year's Arc fifth Raabihah (Sea the Stars {Ire}) in both the G3 Prix Allez France at ParisLongchamp May 2 and G2 Prix Corrida here May 26 and returns to a more suitable distance given last year's evidence. Successful in the G3 Prix de Royaumont at this 12-furlong trip at Chantilly last June, the homebred also captured Deauville's G2 Prix de Pomone over another half a furlong in August before finding the 14 furlongs of the G1 Prix de Royallieu possibly beyond her when third to the aforementioned Wonderful Tonight at ParisLongchamp in October.

In the Deutsches Derby, 20 colts line up in a bid to become the next In Swoop with Gestut Hony-Hof's Sea of Sands (Ger) (Sea the Stars {Ire}) looking to confirm the form of his head defeat of Rennstall Gestut Hachtsee's Lord Charming (Ger) (Charm Spirit {Ire}) in the G3 Derby-Trial at Hoppegarten May 23. They set the form standard, but there could be a lurker in the mold of last year's winner in Stall Nizza's Alter Adler (Ger) (Adlerflug {Ger}). By the same sire as In Swoop, the chestnut has similarly raced solely in France so far and he looked well up to this standard when beating another Schlenderhan-Graffard project in the G2 Prix Greffulhe third Martial Eagle (Ire) (Adlerflug {Ger}) in a competitive conditions event over this trip at Saint-Cloud June 8.