Grigsby, TVG, Prepare to Put On a Show at Del Mar 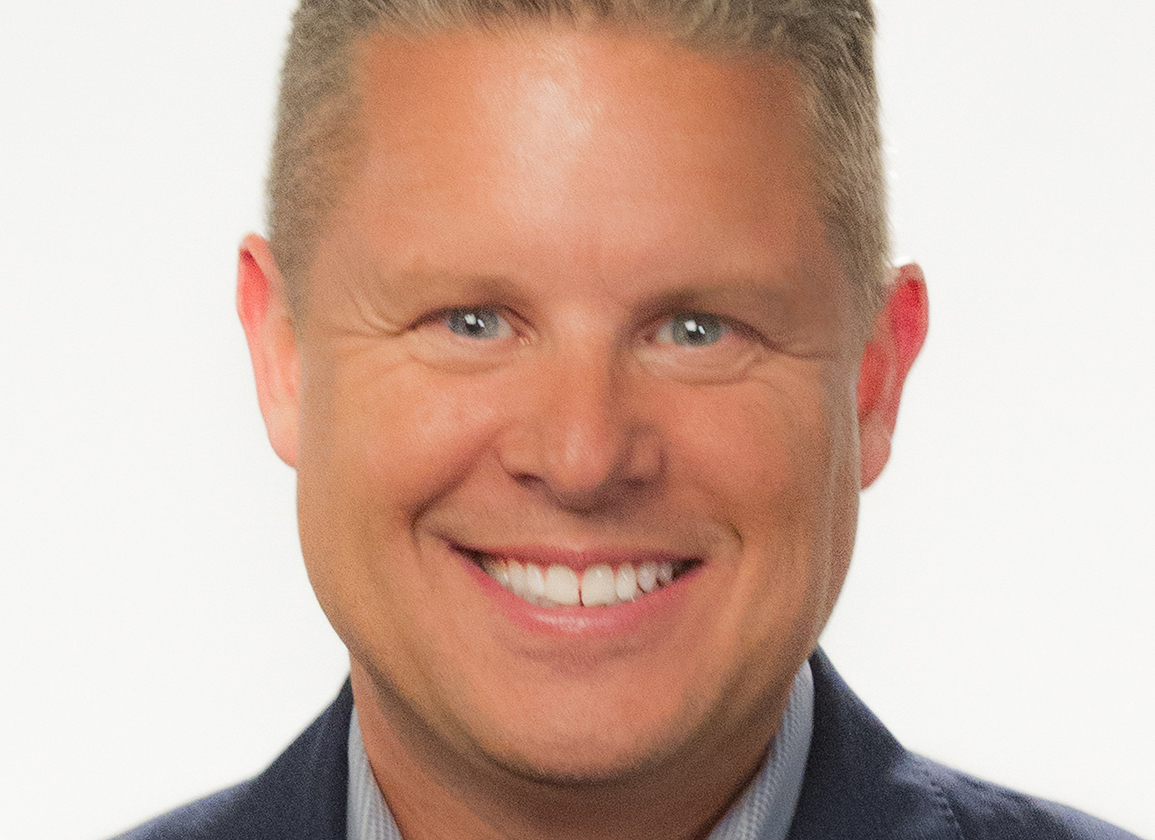 Southern California native Kevin Grigsby, the Executive Producer and Senior Vice President of Television at FanDuel Group & TVG, doesn't give a lot of interviews. “It's a personal preference of mine,” says Grigsby. “I love having the network speak for itself, more so than I like to speak for the network.”

But when the Del Mar meet opens Friday, the network will kick off a comprehensive programming schedule that includes hundreds of hours of live coverage, seven on-air talent, dozens of cameras, and new technology, and so Grigsby has come out of his self-imposed exile to brag a little bit about the scope and quality of the production.

“Never before has our 22-year long partnership with Del Mar been stronger and never before have we been more aligned with the horsemen and the horsewomen in California to showcase their content or product,” said Grigsby by phone from TVG's California offices. “We have a fantastic partner in Del Mar while covering their product on-site, live every day with every race.”

When Grigsby talks about TVG's history, he is speaking from first-hand knowledge; he was one of the first people to be hired at the network in 1999. He was working as a young producer at KTLA Channel Five, one of the biggest stations in Los Angeles, when Ray Bruni, TVG's original general manager, read a news story about him and called him up and asked if he would come aboard prior to the network's launch.

“I knew very little at the time about horse racing,” said Grigsby. “I had frequented Santa Anita once or twice a year, given how close I lived to it. I went to Del Mar once or twice a summer, since my grandparents lived in Del Mar. But outside of the four or five times a year that I would go to the races, I didn't know anything about horse racing. It has been a 22-year-long education.”

The 50-year-old Grigsby is charmingly down-to-earth, particularly given his position at the top of racing's most important TV programming outlet. Hired as one of the original television producers for TVG, he produced programming on a daily basis for 12 years. In 2011, he was promoted to senior producer, and in 2013, after a management change, he became executive producer and senior vice president of television.

In the ensuing years, he kept the network ahead of the technological curve. He walks several tightropes while recognizing the challenges inherent in the way Americans consume their media, which is increasingly shifting away from traditional TV and cable services to devices and streaming services. At the same time, he recognizes the need to appeal to racing's older demographic, and present a mix of programming that isn't dumbed down to new fans so as not to alienate existing ones.

The Del Mar programming will shoot to appeal to both. 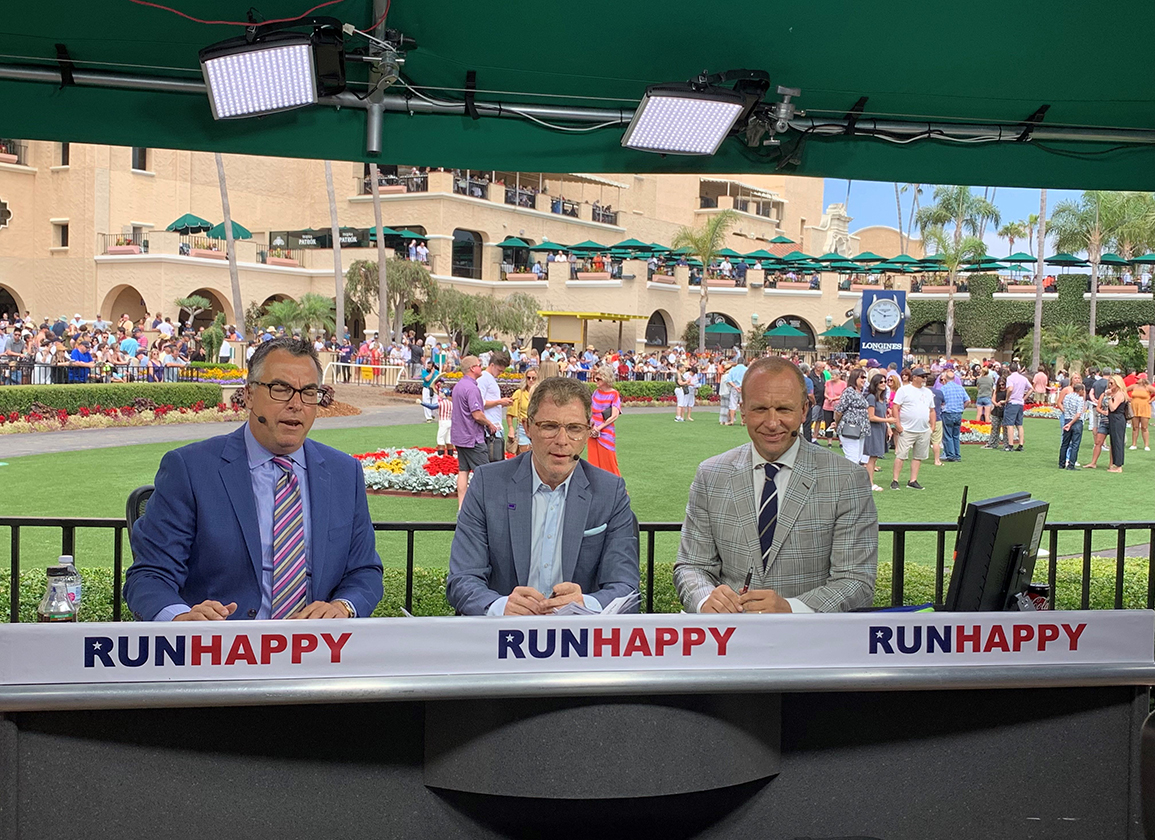 “We will be using newly invented and newly acquired technologies to showcase the sport in a way that it has never been showcased before on a daily basis,” he said. Several jockeys, including Flavian Prat, Umberto Rispole and Jessica Pyfer will be outfitted with a jockey cam in every race they ride. Touchscreen technology and virtual graphics will be added to the presentation. Wireless IP-based cameras will be placed all over the track, “in places and positions that people haven't normally seen before,” said Grigsby, including the barn area, the test barn, the walk over, and the paddock.

“We are trying to connect the live experience of racing with people more than ever,” he said. “I think what has often been shown in racing is horses from the paddock to the post parade to the race, and then you're done. What we're doing is investing in numerous cameras to follow the horses from the time that they leave the barn to the time they go back to the barn. It's that holistic experience that each one of these thoroughbred racehorses go through when experiencing race day.”

Showcasing that entire process is important to several constituent groups, he said.

“What's important to the owners and the breeders of this sport is also important for us and I think there's an audience out there that wants it. They want to see what their horses are doing during that whole experience, and we want to be able to showcase that to the all-important cohorts. And that is the owner and the breeder.”

Being more transparent to bettors, and helping to explain the sport to people who didn't grow up with it is also key.

“We think that it's important for the viewer at home to see what these horses go through so we can help educate them. Even from a betting perspective, there's interest there. You want to see how the horse is acting way before they hit the paddock and you want to see how they act after the race as well. Important people in this sport have told us there's an interest there, we're going to invest into making that interest come to life.”

The TV experience is changing at a rate faster than anyone could have imagined when Grigsby took the job 20 years ago.

“The biggest change with racing on TV and even sports on TV is where or how people are watching. Most people are still on the traditional linear TV platform, but everyone has heard the term `cutting the cord.' People are finding that pay t.v. packages are too expensive and they are leaving and going to cheaper streaming services like YouTube TV or Hulu or Fubo or AT&T TV. For us, the speed at which that was happening, and our working towards that a couple of years ago has paid dividends, because as these streaming services pop up and as they scale, we have already made the investment and making sure that our live racing programming is available on this streaming platform.”

To that end, said Grigsby, three or four years ago, TVG developed its own OTT app, called Watch TVG, available on Roku, Amazon Fire TV and Apple TV. It offers TVG, TVG II, a racing channel with a sports-book feel, and a fourth channel with Fan Duel sports betting odds. It has a video-on-demand library and other TVG content.

“If you're an avid horse racing fan, you have to see the Watch TVG app given how much is in that thing,” said Grigsby. “It's offering great content.”

To some, sports wagering has been the big bad wolf to horse racing, threatening to run it over with a product more familiar to most people at a lower takeout.

Grigsby argues that rather than fear it, we should embrace it.

“We should look at sports betting as one of the biggest opportunities this sport has had in decades,” he says. “To be able to put horse racing in front of a new customer database that loves to wager means that a giant wave of new wagering customers will be introduced to this sport. It is going to lift horse racing to all-time high levels.”

That's a bold prediction, he's told, and he points out the millions of people FanDuel could introduce to horse racing who are not currently consuming it.

“What differentiates us in the sports-betting space, more so than anyone else, is first, that we are one number one in the space by a material amount. Secondly, this company is fully behind horse racing as being one of the core verticals within the portfolio. FanDuel is backing horse racing. They have never given me more money to put the sport in front of many eyeballs as possible, and FanDuel is fully committed to showing the sport of thoroughbred racing, more so than any other entity out there.”

And TVG, he said, will continue to educate them.

“Look, the entry point for horse racing is very difficult,” he admits. “At first glance, it can be really intimidating for someone that wagers on sports to turn around and try to learn quickly how you wager on horse racing. What we do–what we're already doing on an everyday basis–is packaging up racing in a way that speaks to the people that are wagering on sports without insulting the core of the horse racing betting community.”

That's the line they'll try to walk at Del Mar when the meet opens Friday, and it's one that Grigsby says he's looking forward to.

“Never before have we spent more money on the production of the Del Mar meet than we are this summer,” he said. “We're really excited.”