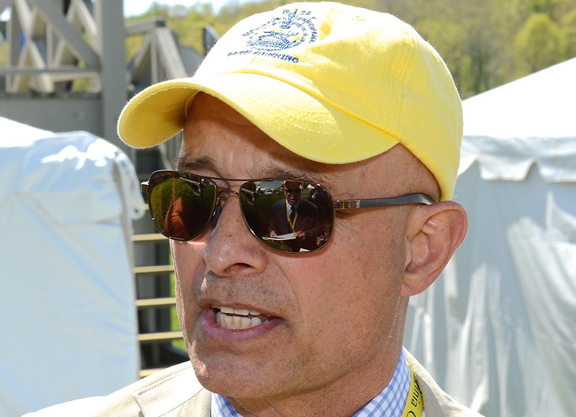 Dr. Alfred C. Griffin Jr., the co-chair of the Virginia Gold Cup who played a key role in keeping pari-mutuel racing alive in his home state during Colonial Downs’s closure, was elected president of the National Steeplechase Association at Friday’s NSA Board of Directors meeting.

“I am honored and humbled to be elected the National Steeplechase Association’s president,” Dr. Griffin said. “Under Guy Torsilieri’s leadership, steeplechasing has placed itself on an upward trajectory, and I will strive to foster continued growth into a bright, sustainable future for our sport, our horsemen, and our race meets.”

With Dr. Will Allison, Griffin is co-chair of the Virginia Gold Cup, the NSA’s largest meet by attendance, and the International Gold Cup in the fall. After Colonial Downs’s former owner shut the Richmond-area track in 2013, Dr. Griffin played a key role in forming the Virginia Equine Alliance and in obtaining legislative approval for the alliance to serve as the state’s pari-mutuel entity.

During his tenure, the International Gold Cup inaugurated pari-mutuel wagering under supervision of the Virginia Racing Commission in October 2012, and the Virginia Gold Cup added betting the following May.

He became a member of the NSA’s Board of Directors in 2012 and has served as chair of the NSA’s Promotion and Growth Committee. He has been the NSA’s secretary since 2018.
In addition to serving as race director for the two meets at Great Meadow Race Course, he was master of fox hounds for the Warrenton Hunt for 18 years.