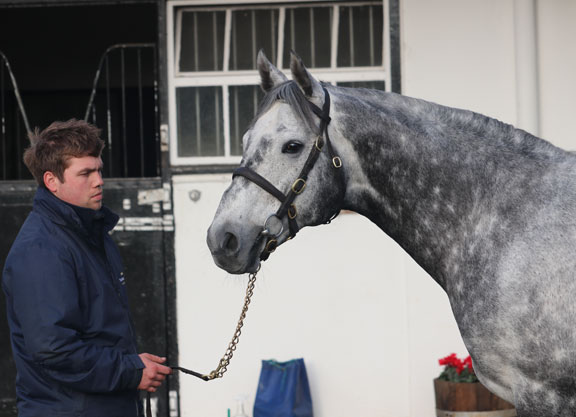 Gregorian (Ire) (Clodovil {Ire}–Three Days In May {GB}, by Cadeaux Genereux {GB}) has been relocated to Rathasker Stud after standing his first four years at The National Stud.

A three-time group winner who placed four times at Group 1 level, including the St James's Palace S., the Queen Anne S. and the Darley July Cup, Gregorian was retired to stud in 2015 and sired 83 foals from his first crop, 52 of which have made the races and 15 of which are winners. A half-dozen of his starters are already stakes-performers, including multiple Group 3-placed Chynna (GB), GSP Queen Jo Jo (GB) and MSP Gypsy Spirit (GB).

“Gregorian has relocated to Rathasker,” the stud's Maurice Burns said. “We are very grateful to the National Stud for all the care and attention that they have afforded to him throughout his tenure there.”