Grassroots Has Yet Another Bullet Worker Friday 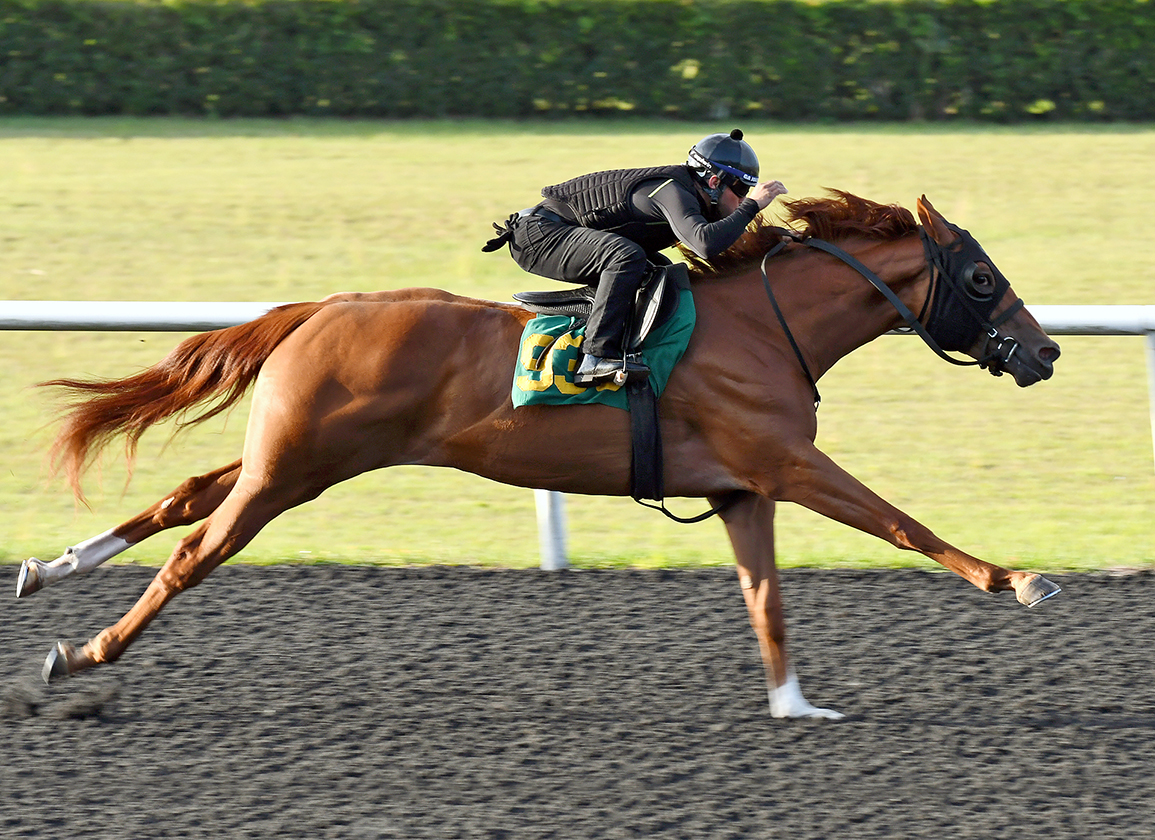 David McKathan's Grassroots Training & Sales had their fourth bullet worker so far when a Jimmy Creed filly (Hip 939) was one of five juveniles to breeze in :9 4/5 Friday during the sixth session of the Ocala Breeders' Sales Company's Spring Sale under-tack show.

“It's been good for us,” McKathan said of the Spring Sale under-tack show. “We have some nice horses. They were training good on the farm and we can usually relate how they are training out there to what we are going to get here. But, it is always a pleasant surprise when you break :10 flat. It is harder to do than people know.”

McKathan purchased Hip 939 for $38,000 at the Fasig-Tipton October Sale. Bred in Ontario by Stan Dodson, the chestnut is a daughter of SW Quite a Ruckus (Richter Scale).

“She is a really nice filly,” McKathan said of his latest bullet worker. “She has been training well. We knew she was a special filly. She is a pretty filly too. I have had some luck with Jimmy Creeds.”

A colt from the first crop of GI Haskell Invitatonal S. winner Girvin (Hip 1004) breezed the fastest quarter of Friday's session in :20 3/5. He was consigned by Jesse Hoppel's Coastal Equine, which also had a bullet worker Wednesday in Hip 548, a Lord Nelson colt who went in :20 3/5.

The seventh and final session of the OBS Spring Sale under-tack show starts at 8 a.m. Saturday.